World’s oldest whisky ever to be auctioned ‘reaches’ incredible price

World’s oldest whisky ever to be auctioned ‘reaches’ incredible price 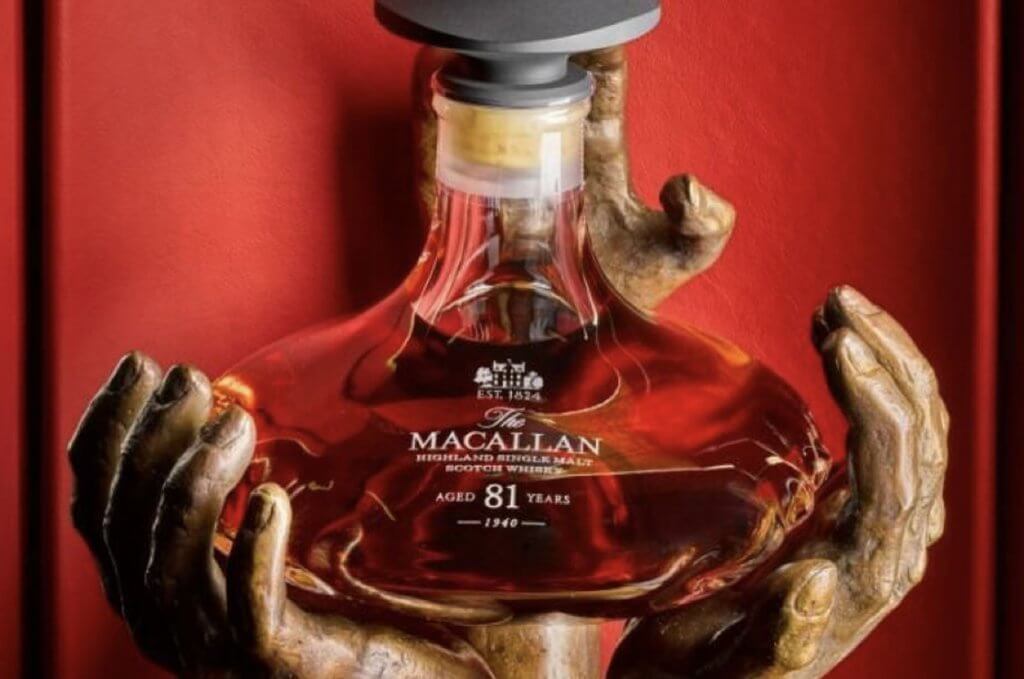 In a world-first, the oldest whisky ever to be auctioned has sold for an incredible price. The Reach single malt whisky by Macallan was crafted from a single, sherry-seasoned oak cask and encased in a mouth-blown, hot glass decanter.

Only 288 bottles were produced worldwide, and bottle number 3/288 has now sold for almost triple its estimated price at Sotheby’s in London.

The Macallan The Reach, distilled in 1940 and unveiled in February 2022, has been placed on a bronze sculpture of three hands, comes in a cabinet crafted from wood taken from an elm tree that fell on the Macallan Estate back in 1940. The unique whisky sold for £300,000, almost three times its lowest predicted price. The final price includes the buyer’s premium, which is paid to the auction house.

The UK collector who won the bid, will also receive a  bronze sculpture created specifically for them, and a tasting and distillery experience at The Macallan Estate, making this a truly unique offering.

Jonny Fowle, Sotheby’s head of Whisky & Spirits, noted that in The Reach, “Age, rarity and provenance combine to spectacular effect in this one of one version of the oldest single malt whisky ever to be released by The Macallan.”

The tasting notes of this incredibly rare whisky:

“Age, rarity and provenance combine to spectacular effect in this one of one version of the oldest single malt whisky ever to be released by The Macallan.”

A unique taste of Macallan history

Laid down in 1940, just before the famous distillery was forced to close its doors for the first time, the single malt contained in The Reach is a liquid snapshot of a difficult time in The Macallan’s history.

The triple hand design represents the distillery workers at the time, former chairman Allan Shiach, whose grandfather was head of the company at the time, and current Master Whisky Maker, Kirsteen Campbell.

These three hands, created and sculpted by Scottish artisans, represent the legacy of skill, ingenuity, and enduring Scottish tenacity that allowed the distillery to pull through challenging times and go on to become one of the most successful distilleries in Scotland.