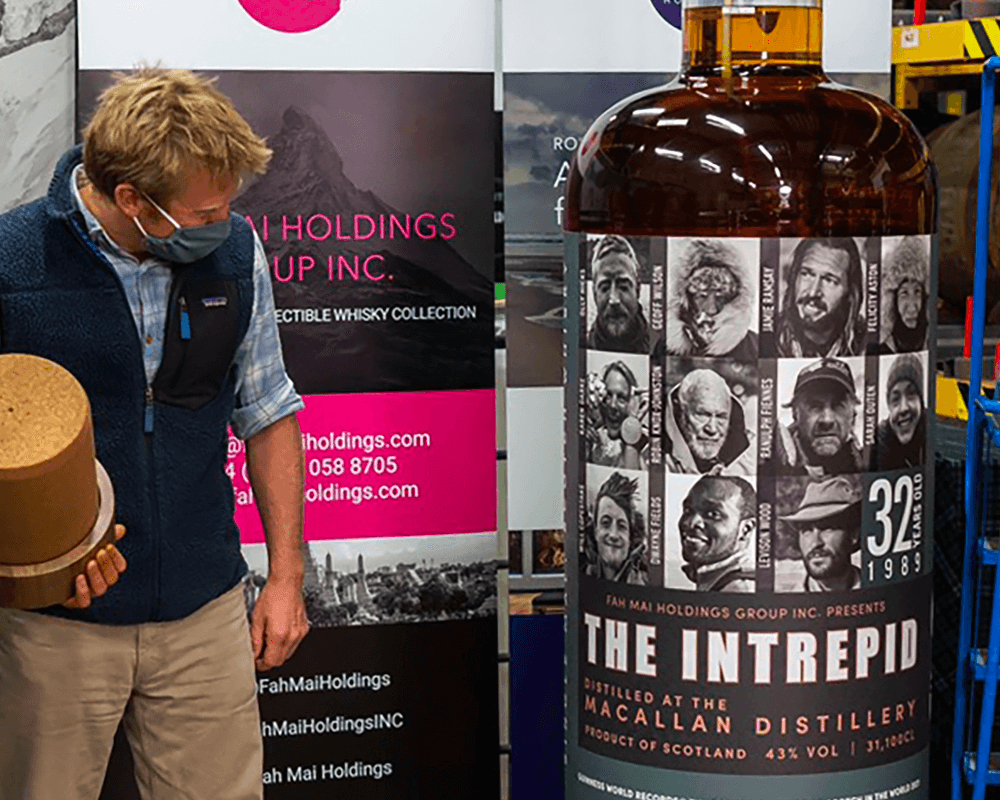 Whisky lovers from all over the world converged in London on 25th May for a very special auction. The World’s largest bottle of whisky went under the hammer and drew a lot of attention from collectors and investors alike.

This unique bottle, known as The Intrepid, contained the equivalent of 444 standard bottles of whisky and was officially certified by Guinness World Records.With World Whisky Day just four days before the auction on 21st May 2022, this bottle generated huge amounts of interest from whisky lovers all over the world!

The project to bring about this record-breaking bottle took 32 years of maturation and two years of intense dedication and hard work by the team behind it.A partnership between Fah Mai and Rosewin Holdings, the aim was to create a whisky bottle that would not only be the largest in the world, but also taste incredible.

It officially became the World’s Largest Bottle of Whisky on September 9, 2021, breaking the previous record set by The Famous Grouse Experience in 2012 by a whopping 83 litres.

The bottle itself, standing over 1.8 metres tall, contained 311 litres of whisky and is made of glass with a wooden frame. The name, The Intrepid, was coined to recognise some of the world’s most pioneering individuals, including: 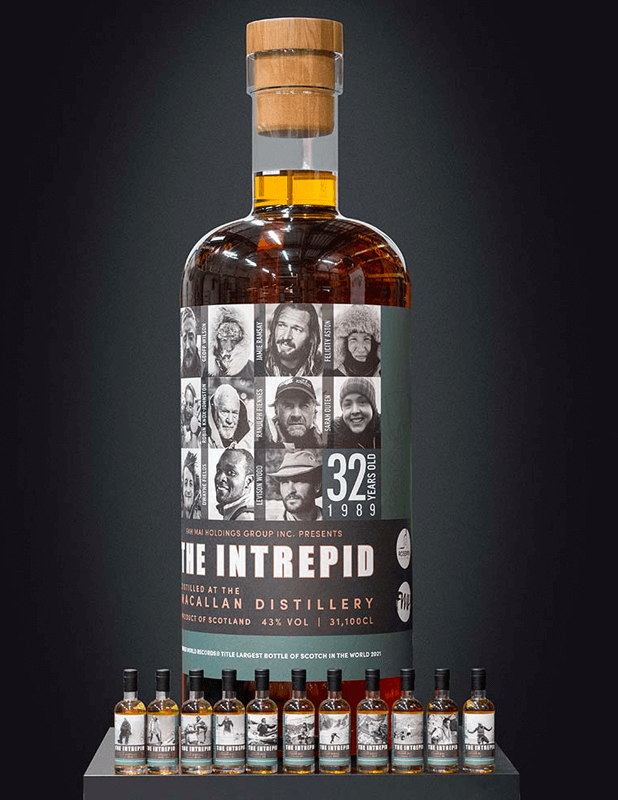 In addition to raising awareness around the pioneering efforts of these individuals, the Intrepid Project also supported the explorer’s chosen environmental, physical and mental well-being charities.

What’s inside the bottle

The 311 litres of whisky inside the bottle come from The Macallan Distillery. The Macallan is one of the world’s most iconic single malt whiskies, renowned for its exceptional quality and distinctive taste.

Currently a market leader in luxury whisky, The Macallan was founded in 1824 by Alexander Milne and is now part of the Edrington Group. The distillery has broken a number of records recently, including the single most expensive bottle of whisky ever sold at auction.The Macallan Fine and Rare 60-Year-Old 1926 sold in 2019 for a staggering $1.9 million (£1.5 million) setting the world record. In 2021, the company also sold the Most Expensive Whisky Cask Sold at Auction, when a cask of their Macallan 1991 Scotch, along with its NFT, sold at auction for $2.33 million.

The whisky inside the intrepid whisky has been aged in a combination of American oak and ex-sherry casks, giving it a rich amber colour with notes of citrus, ginger and chocolate, and comes from two sister barrels, 6986 and 6992, that were laid down in 1989 and bottled in 2021 by Duncan Taylor Scotch Whisky Ltd.

In addition to the main record-breaking bottle, the auction featured the sale of limited edition Explorer’s Edition sets of 12 50cl bottles.

Each of these sets featured a miniature replica of the Intrepid in addition to individual versions dedicated to each of the explorers who inspired the project.These contained the remaining whisky left over from the two casks that filled the intrepid.

There were also a number of miniatures of the same whisky up for sale, for those who did not have the room to store 311 litres of whisky! 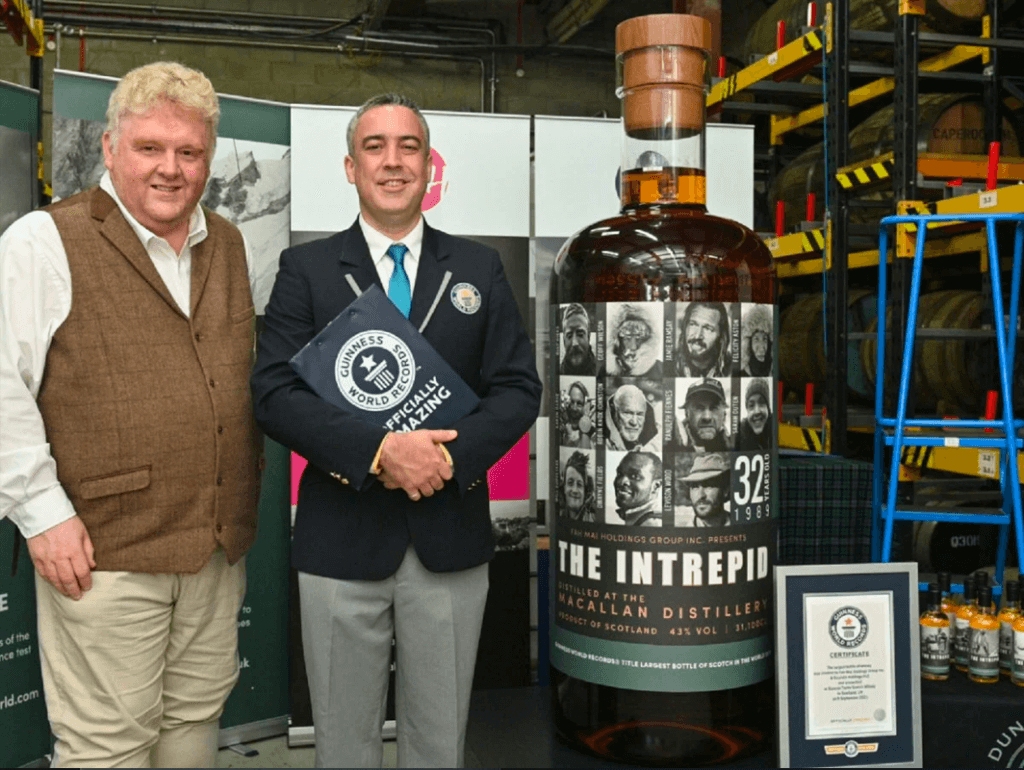