Top 5 things to know about the Glenfarclas distillery

Top 5 things to know about the Glenfarclas distillery 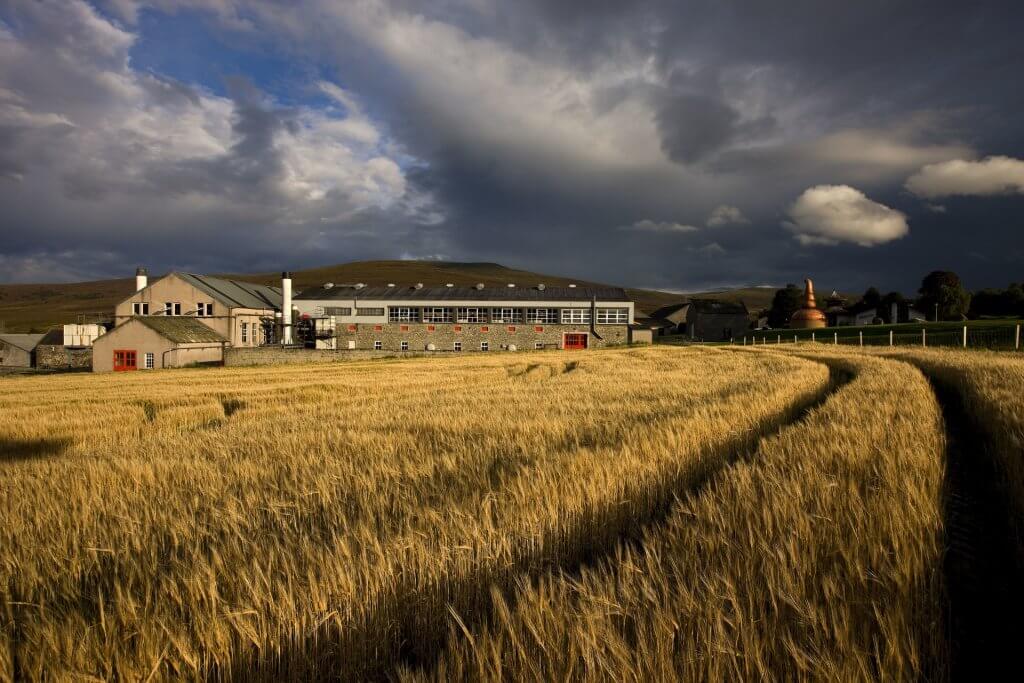 There are many whisky producers in the world, but few have the history and prestige of Glenfarclas. This distillery has been around for over 150 years, and during that time it has become famous for its high-quality whiskies.

If you’re interested in learning more about Glenfarclas, or if you’re a whisky lover looking to try some of the best drams around, then read on! In this article, we will discuss five things that you need to know about Glenfarclas.

The distillery has a long family history

Glenfarclas was founded in 1836 by John Grant, and it has been in operation ever since. The distillery is located in the Speyside region of Scotland, which is known for its high-quality whiskies.

The reason for Speyside’s success is the region’s climate and water source. The climate is cool and dry, which is ideal for ageing whisky. And the water source, the River Spey, provides the perfect balance of minerals to create a smooth spirit.

During the early years of its history, Glenfarclas was known for producing a wide variety of spirits, including whisky, brandy, and even gin. It wasn’t until the late 19th century that the distillery began to focus exclusively on whisky production. 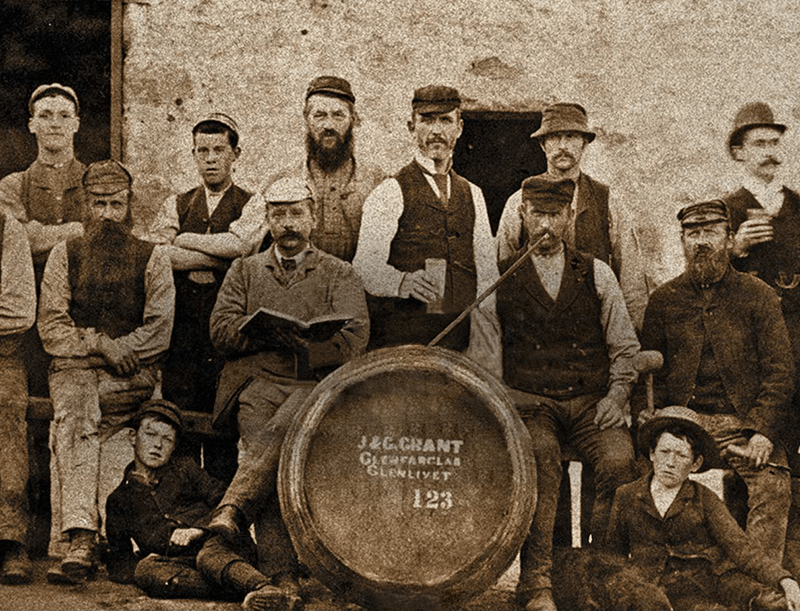 The reason for this range of spirit production was due to the owner John Grant’s belief that it was important to have a diverse range of products. This allowed the distillery to weather any downturns in the market.

The Grants have been in charge of Glenfarclas since its founding, and they continue to run it to this day. In fact, it is one of the few remaining family-owned whisky producers in Scotland.

This means that Glenfarclas has remained true to its roots, and it has not been influenced by outside forces. The Grants are able to make decisions based on what they think is best for the distillery, rather than what might be best for shareholders.

In today’s world of big business, it’s rare to find a company that is still owned and operated by the same family after more than 150 years. However, this is exactly what you’ll find at Glenfarclas Distillery.

The Grants have been producing top-quality whisky at Glenfarclas since 1865, and they show no signs of slowing down anytime soon.

The name is a reference to the surrounding countryside

As with many Scottish distilleries, Glenfarclas takes its name from the Gaelic language. ‘Glen’ means valley, and ‘farclas’ translates to green grassland. More than most other spirit producers, the single malt scotch whisky distilleries are inextricably linked with the surrounding countryside that supports them.

Speyside is the most prolific whisky-producing region in Scotland, and it’s home to half of the top 50 best selling single malt whiskies in the world. There’s a good reason for that, too. The topography of the region provides the perfect conditions for growing top-quality barley, and the climate is ideal for ageing whisky. The distillery itself is located at the base of Mount Ben Rinnes, which provides the water used in the whisky-making process. Water is one of the key ingredients in whisky, and the quality of the water is crucial to the final product. The spring water that flows down from Mount Ben Rinnes is some of the purest in Scotland, and it imparts a unique flavour to the whisky.

The whisky is aged in sherry casks

Ageing whisky in sherry casks is a practice that dates back hundreds of years, and it’s one that adds an incredible depth of flavour to the finished product.

Sherry is a fortified wine made from white grapes, and it’s aged in barrels that have previously held sherry. This imparts a unique flavour to the whisky, and it’s something that you can really only get from aged in sherry casks.

The ageing process is a vital part of whisky production and the team at Glenfarclas is passionate about ensuring that each and every one of their whiskies is given the time it needs to reach its full potential. The result is a range of whiskies that are simply second to none.

All of the wood used in their sherry casks is sourced from Jerez cooper Miguel Martin. Miguel Martin is one of the most highly respected cooperages in Spain and has been working with Glenfarclas for many years.

The sherry casks are made from a combination of American and European oak, which imparts a unique flavour to the whisky. Glenfarclas only uses the finest sherry casks, all ex-oloroso, which are then filled with whisky and left to mature for a minimum of 12 years. 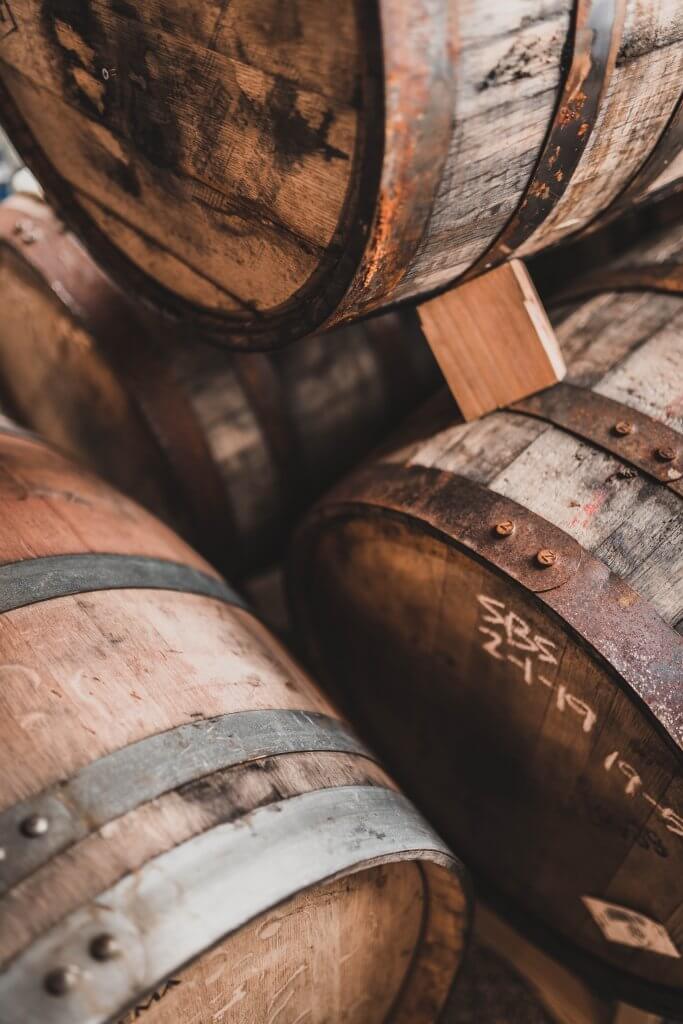 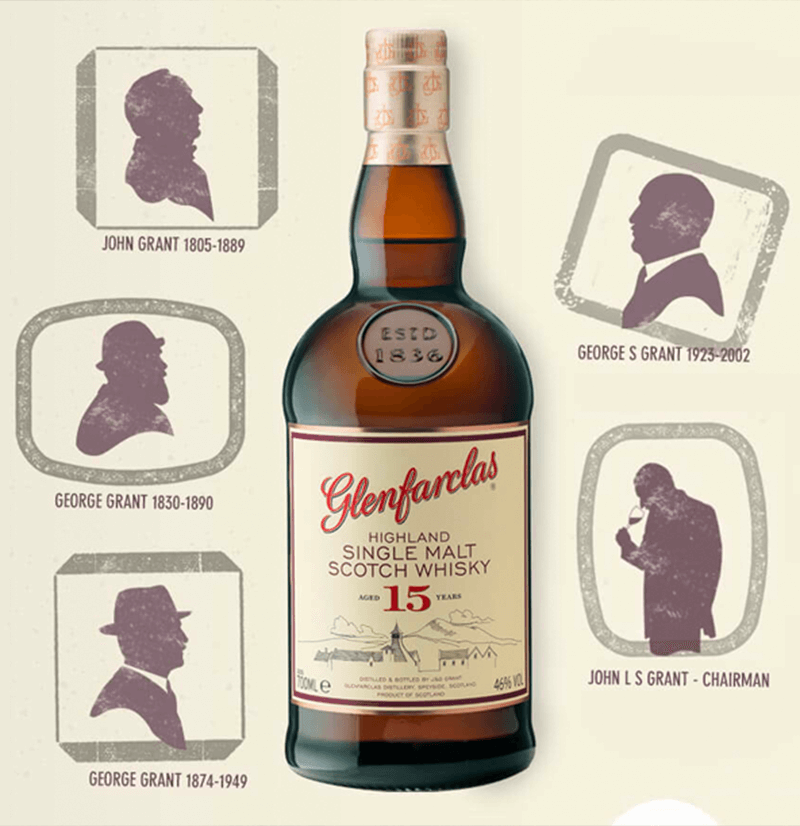 The distillery has survived 22 recessions

While the whisky market might currently be on a high note, that’s not always been the case. Glenfarclas  has weathered 22 recessions since it was first founded in 1839, so it knows a thing or two about surviving tough times. One of the reasons for its current success is the fact that, during the recession of the 1980s, the distillery retained enough independence to decide to continue to increase production. This meant that when the market opened back up, Glenfarclas was in a much stronger position than many of its competitors. They were able to contribute stock for third-party blends as well as retain stock of single malt bottlings for their own portfolio.

The distillery was also a pioneer of cask strength bottlings and finishings, which has helped it to stand out in recent years. Cask strength means that the whisky has not been diluted with water before bottling, and is therefore much higher in alcohol than most other whiskies on the market.

The benefits of cask strength whisky are two-fold. Firstly, it retains more of the flavour from the cask because there is less water to dilute it. Secondly, it gives the drinker the option to add water to their whisky themselves, according to their own taste. Glenfarclas’s use of different finishes has also helped to create a range of unique flavours.

The Glenfarclas copper stills are the largest in Speyside

Whisky is traditionally distilled in copper stills, with the size and shape of the stills having a significant impact on the final flavour of the spirit. The larger Glenfarclas copper stills allow for a more gentle distillation, resulting in a smoother whisky.

The pot stills used at Glenfarclas are also unusual in that they have a flat top, rather than the more traditional onion shape.

This distinctive shape allows for a greater surface area of the spirit to come into contact with the copper, further contributing to the smoothness of the whisky. Copper is a key element in the distillation process, as it helps to remove impurities from the spirit. 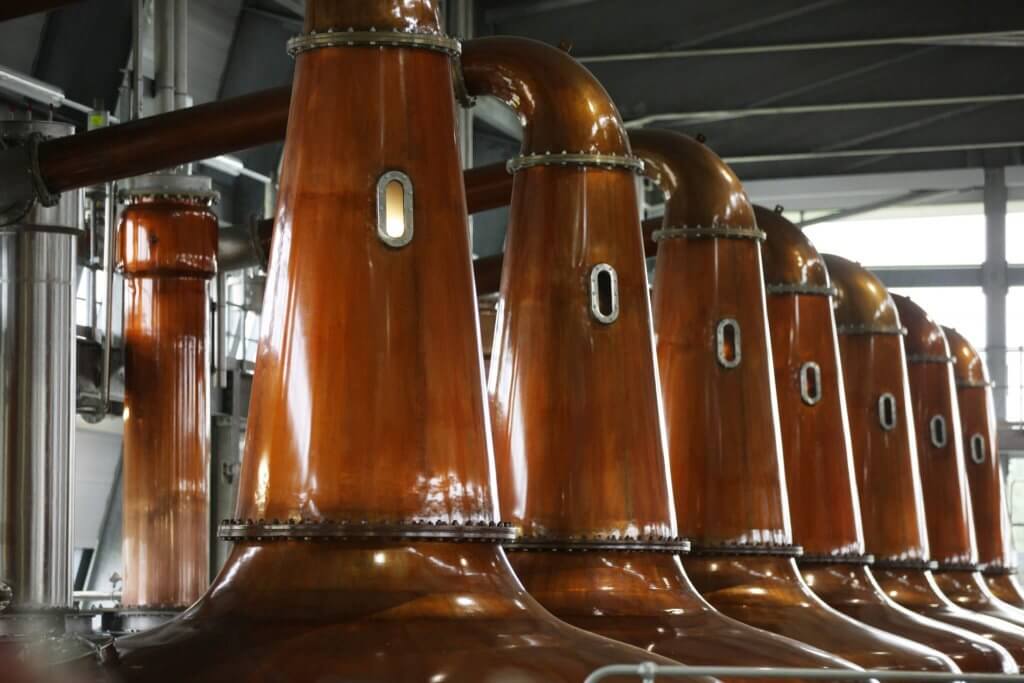 The Glenfarclas whisky is then aged in a combination of ex-bourbon and ex-sherry casks, before being bottled at 40% ABV. The use of both types of cask gives the whisky its distinctive flavour profile, with notes of citrus fruits, vanilla and honeyed sweetness.

Glenfarclas’s use of different cask types also plays a role in the final flavour of their whisky.

The Glenfarclas 12 Year Old is a great example of how different cask types can influence the flavour of a whisky. The use of ex-bourbon and ex-sherry casks gives the whisky its distinctive flavour profile, with notes of citrus fruits, vanilla and honeyed sweetness.

The Glenfarclas 15 Year Old is another great example of how different cask types can influence the flavour of a whisky. The use of ex-bourbon and ex-matusalem oloroso sherry casks helps to add depth and complexity to the whisky, with the sherry casks adding notes of dried fruits and spice.

So there you have it, five facts about the Glenfarclas distillery that you may not have known.

A thoroughly family-owned business, the Glenfarclas distillery is one of the few remaining that is still managed by the original founding family. The Grants have been making whisky at Glenfarclas since 1865 and continue to do so to this day.

We hope you enjoyed this quick tour through the history of one of Scotland’s most iconic whisky distilleries!