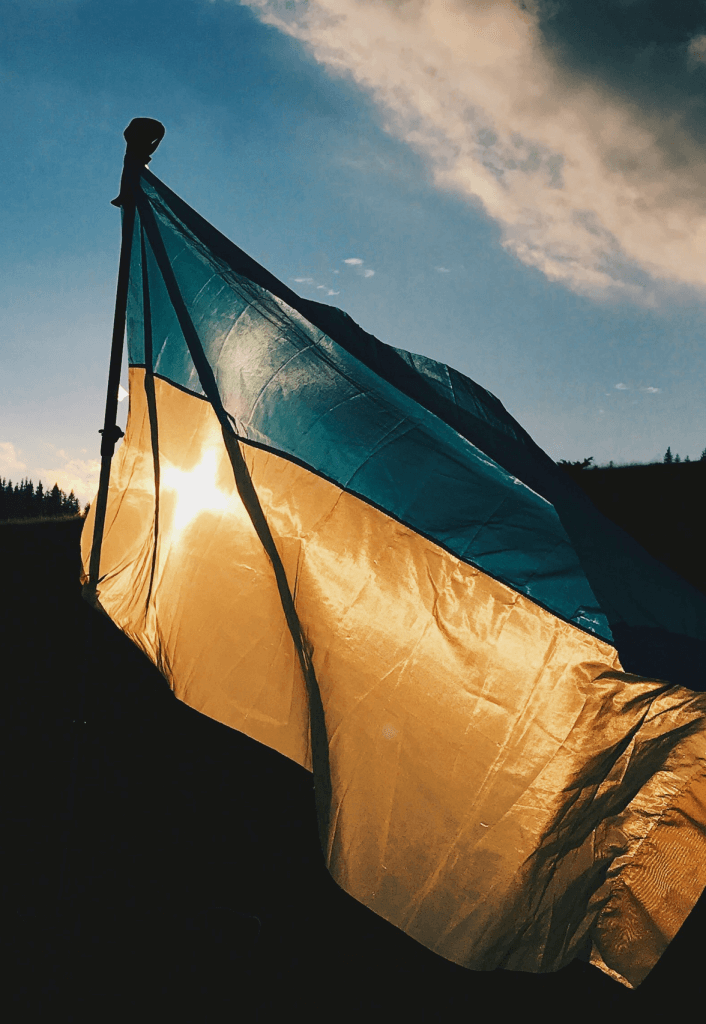 There is no doubt that the Russian invasion of Ukraine is both a tragedy for the Ukrainian people and a geopolitical nightmare for the rest of the world. But what does it mean for the Scotch whisky market?

The short answer is: we don’t really know yet. The whisky industry is a global one, and the events in Ukraine could have all sorts of ripple effects that are difficult to predict.

For those not familiar with the Scotch whisky industry, one of the key ingredients in whisky is barley and, as it turns out, Ukraine is a major producer of barley. In fact, it’s the second-largest producer in Europe, after Russia.

Many Scotch whisky producers source their barley from Ukraine, and with the Russian invasion has come martial law and a blockade of Ukrainian ports. This is likely to lead to decreased production of whisky, and increased prices for aged single malt.

hard to find with limited supply and continued demand from the whisky industry. New crops are also being impacted as growers are reluctant to sign forward contracts with the current climate of uncertainty. This is leading to concerns about a potential barley shortage in the near future. Also, after the contraction of the pub and hospitality sectors due to Covid-19, the amount of barley being produced for distilling is also expected to decrease

Additionally, after the contraction of the pub and hospitality sectors due to Covid-19, the amount of barley being produced for distilling is also expected to decrease.

Additionally, the Chinese trade dispute with Australia is also impacting the global barley market as China is one of the biggest buyers of Australian barley, while barley and wheat production has dropped in Russia, Brazil, and Canada due to the weather conditions.

So what does that mean for the Scotch whisky market? Well, it means that there could be a significant shortage of barley in the coming months and years, which could lead to significantly higher prices for malt, and ultimately, whisky.

A hike in fertiliser prices is also driving production costs up, as farmers are being forced to spend more on inputs in order to maintain yields.

In February, Russia banned the export of ammonium nitrate, a key ingredient in fertilisers, causing prices to surge. This is likely to have an impact on whisky production costs in the coming months and years as it is required for the growth of barley This further exasperated a volatile nitrogen fertilizer market that saw prices rise by £100/t in just 10 days in late January.

While the Russian export ban was short-lived, with the country lifting it just a month later, the damage had already been done. The price of ammonium nitrate has remained high since, and is now around £200/t higher than it was before the ban was put in place. This is likely to have a knock-on effect on the price of Scotch whisky in the coming years as producers pass on these higher costs to consumers.

In the short term, the Russian export ban had a significant impact on the global Scotch whisky market, with prices rising sharply as a result. However, it is unclear what the long-term impact of this event will be, as the market has a tendency to correct itself over time.

Compounding the issue is the Chinese effectively shutting off the supply of phosphate to the global market, which is used in the production of Scotch whisky. This move is widely seen as a retaliatory measure against the US for introducing tariffs on Chinese goods and the UK awarding visas to Hong Kong citizens, . which has resulted in increased production costs for whisky distillers, who have had to pass these on to the consumer.

As a reaction to the Russian invasion of the Ukraine, brands such as Edrington, Chivas Brothers and Diageo have pulled their products from the Russian market. This is due to both the increased costs of production, as well as a feeling that it is no longer ethical to do business in a country with such blatant disregard for human rights .The decision by these companies will have a significant impact on the Scotch whisky market, as Russia was one of the biggest importers of Scotch whisky.

As a key market for the Scotch Whisky Association, exports to Russia are worth around £28m, while exports to Ukraine are worth £3.3m. It is hoped that by withdrawing their products from the Russian market, these companies will send a message that they do not condone the actions of the Russian government. In addition to this, it is also hoped that this will put pressure on the Russian government to end their occupation of Ukraine.

There is no doubt that the Russian invasion of Ukraine is both a tragedy for the Ukrainian people and a geopolitical nightmare for the rest of the world.

The Scotch whisky industry is worth around £13bn to the Scottish economy, so it is hoped that this action will help protect jobs in Scotland. The move has been welcomed by the Scottish government, with a spokesperson saying: “We are supportive of any steps taken by the Scotch whisky industry to protect their interests and stand up for what is right,” with SNP Finance Secretary Kate Forbes urging other industries to follow suit.

However, it should be noted that the combined export value to Russia and Ukraine pales in comparison to the £6 billion value of the U.S export market and £1.26 billion to other European countries, so this is unlikely to have a crushing impact on the global market.

This is not the first time that the Scotch Whisky Association has taken action against Russia, with the organization previously filing a complaint to the European Commission in 2013 over what it saw as unfair competition from vodka producers.

The move was later dropped after Russia changed its excise duty laws.

What does this mean for the whisky market?

For now, it looks like the Russian invasion of Ukraine will have a significant impact on the global Scotch Whisky market. However, only time will tell what long-term effect this situation will have on the industry. The increase in the costs for barley, one of the key ingredients in whisky, is likely to have the most significant impact on producers. This will undoubtedly lead to increased prices for consumers.

Compounding this situation is the massive hike in the prices of fertilizer and fuel, both of which are also needed to produce whisky.

It is still too early to tell how all of this will play out, but it is clear that the Russian invasion of Ukraine has already had a significant impact on the Scotch Whisky market.

Despite the atrocity of the invasion and the effects on various import/export markets, the Whisky industry is receiving significant increases in demand from other countries. This is because many people are now looking for alternative sources of whisky due to the increased prices and decreased availability of Russian vodka and other spirits.

Secondly, the Scottish government has recently announced a £9 million investment plan to transition to renewable energy. This will help to offset the increased production costs that have been caused by the increase in fuel costs caused by the sanctions levied on the Russians. Lastly, the Scotch Whisky Association has been working closely with the European Union to try and combat the negative impact of the Russia-Ukraine crisis on the industry. So far, they have been successful in maintaining access to key markets and preventing any
significant decline in sales.

How will this impact collectors?

Fortunately, the outlook for collectors is actually quite good.

The increased uncertainty in the market has led to a number of investors and collectors stockpiling whisky, which has helped to drive up prices. Additonally, tThe rise in the cost of fertilizer and drop in the production of barley due to the Russia-Ukraine conflict has resulted in a drop in the production of whisky, which has driven up the price of the current casks.

This, in turn, has led to a rise in the price of Scotch Whisky on the secondary market. The potential price increases from the limited production will likely push up the value of casks significantly in the future. Of course, this is not without risk, as there is always the possibility that the situation could improve, leading to a decrease in prices.

However, for the time being, it seems that the Russian invasion of Ukraine has had a positive impact on the secondary Scotch Whisky market, if not the overall market. We will be sure to keep an eye on this situation and update you as things develop. 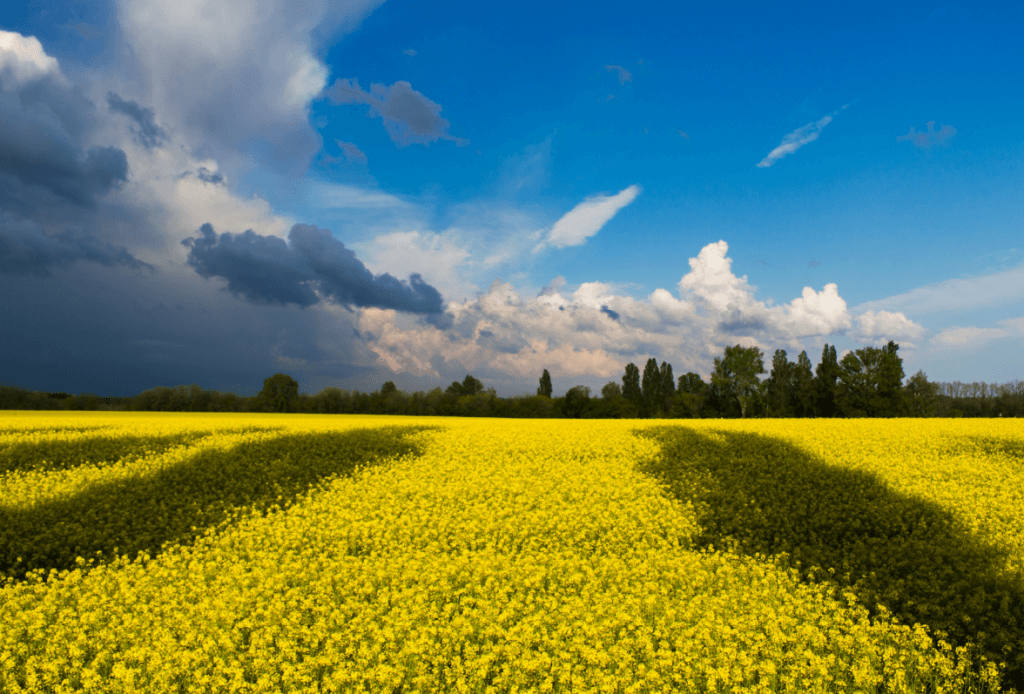