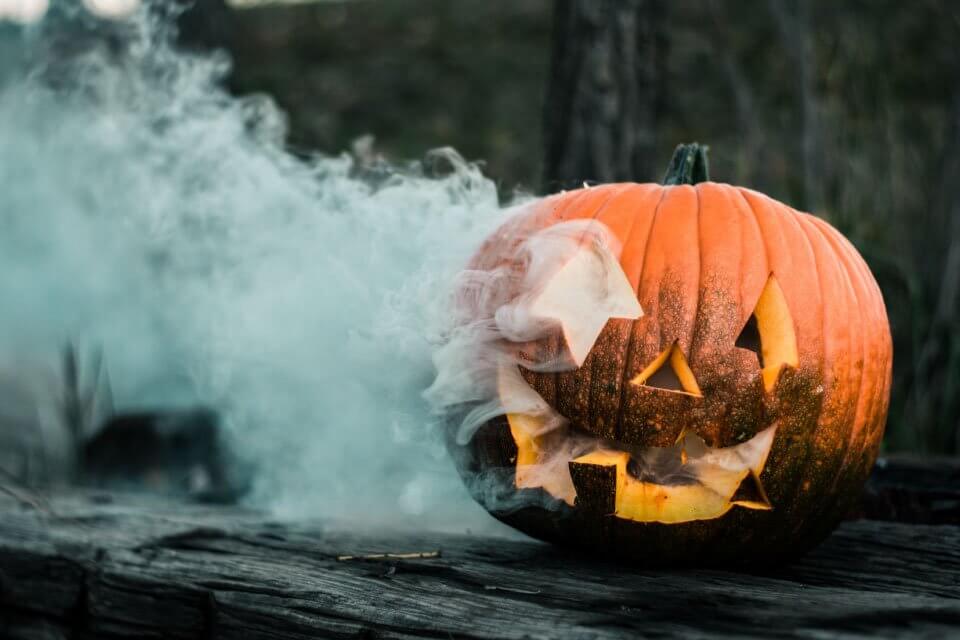 As the days grow shorter and the nights grow longer, we enter into the time of year when things that go bump in the night come out to play. And what could be spookier than a distillery full of ghosts?

Tales of hauntings and other supernatural activity abound at whisky distilleries around the world. Here are just a few of the most spine-tingling stories from distilleries that will make you want to keep your lights on!

Our first stop takes us to Scotland, home of the whisky distilling industry. The Kingsbarns Distillery in the lowlands was only built recently, in 2014. But that doesn’t mean it’s exempt from a haunting or two.

The most well-known ghost at the distillery is that of a monk. He’s been spotted by several employees and visitors, and is said to be a friendly ghost. He’s been seen wandering around the grounds and has even been known to help out with the distilling process!

The monk isn’t the only ghost at Kingsbarns, though. There have also been sightings of a woman in a white dress, believed to be the ghost of a former distillery worker. She’s been seen wandering the grounds and peeking in through the windows.

Kingsbarns is famous for producing the Dream to Dram expression, which is the distillery’s first single malt whisky. The whisky is made using traditional methods and is matured in ex-bourbon barrels.

Next up is Japan, home to some of the most unique whiskies in the world. The Yamazaki distillery is said to be home to the spirit of a young girl. She’s been seen wandering around the grounds and has even been known to play with the workers’ children.

The girl isn’t the only ghost at Yamazaki, though. There have also been sightings of a man in a black suit, believed to be the ghost of a former employee. He’s been seen walking around the distillery and has even been known to help out with the bottling process.

In Japan, ghosts are called Yokai, and Yamazaki isn’t the only distillery with one. The Hakushu distillery is said to be home to a mischievous Yokai called Kurama-Tengu. He’s been known to play tricks on the workers and has even been seen stealing bottles of whisky.

Both Yamazaki and Hakushu have produced some world-beating whiskies, such as Yamazaki’s Sherry Cask and Hakushu’s 12 Year Old, which was named World’s Best Single Malt at the World Whiskies Awards in 2013.

Generally, it’s a bad idea to build over a graveyard, but that’s exactly where the Highland Park distillery is located, over an ancient Pictish burial ground.

The distillery was built in 1798 by Magnus Eunson, a direct descendant of the Vikings who settled in Orkney centuries before. It’s said that the spirit of one of those Viking warriors, a man named Thorfinn Skull-splitter, still haunts the distillery to this day.

Workers have reported seeing a Viking-like figure roaming the grounds, and some have even heard his battle cries echoing through the halls.

While there have been no reports of any barrels of whisky being smashed (yet), it’s said that Thorfinn’s spirit is responsible for the occasional missing bottle.

Highland Park’s Valknut is said to be a fitting tribute to the spirit of Thorfinn Skull-splitter, and is sure to please even the most discerning whisky lover.

If you thought building over a Pictish burial ground was a bad idea, how about over the local execution spot? The Glen Moray distillery is built on the site of Elgin’s Gallow Hill, where public executions took place until 1747.

It’s said that the ghost of a woman named Janet Douglas roams the distillery, having been unjustly accused of poisoning her husband.

The spirit is said to be so active that workers have reported hearing footsteps and strange noises, and have even seen objects moving on their own.

The whisky produced at Glen Moray is said to be some of the best in Scotland, which may or may not be due to the spooky goings-on at the distillery. The Glen Moray 15-year-old is a great example of the distillery’s whisky, with its fruity and spicy flavours.

Jura distillery is located on the island of Jura, off the coast of Scotland. The island is home to just 200 people, and yet it’s said to be home to two ghosts.

The first is the ghost of a man named Red Colin Campbell, who was known for being a bit of a troublemaker. He’s said to haunt the stillhouse, and has been known to play tricks on the workers there.

The second ghost is that of a woman named Lady Elizabeth Mackinnon. She’s said to haunt the grounds of Jura House, where she died in 1779. In fact, in 1781 she apparently appeared to  Laird Archibald Campbell and instructed him to build a distillery on the island.

The Jura distillery is said to be built in an old smugglers’ cave, and the water used in the whisky comes from a well that was dug by the devil himself. Whether you believe these tales or not, there’s no denying that Jura whiskies are some of the best in the world.

What we do know is that a bottle of 16-year-old Jura is left out for Lady Elizabeth Mackinnon every year on the anniversary of her death. And if you look closely, you can see her portrait hanging in the Jura House library.

Pour one out this Halloween

So there you have it, some spooky tales from whisky distilleries. Whether you believe them or not, they make for a great story. So next time you’re sipping on your favourite dram, be sure to raise a glass to the spirits that may (or may not) be lurking in the distillery.