Scotch Exports to the USA

Scotch Exports to the USA 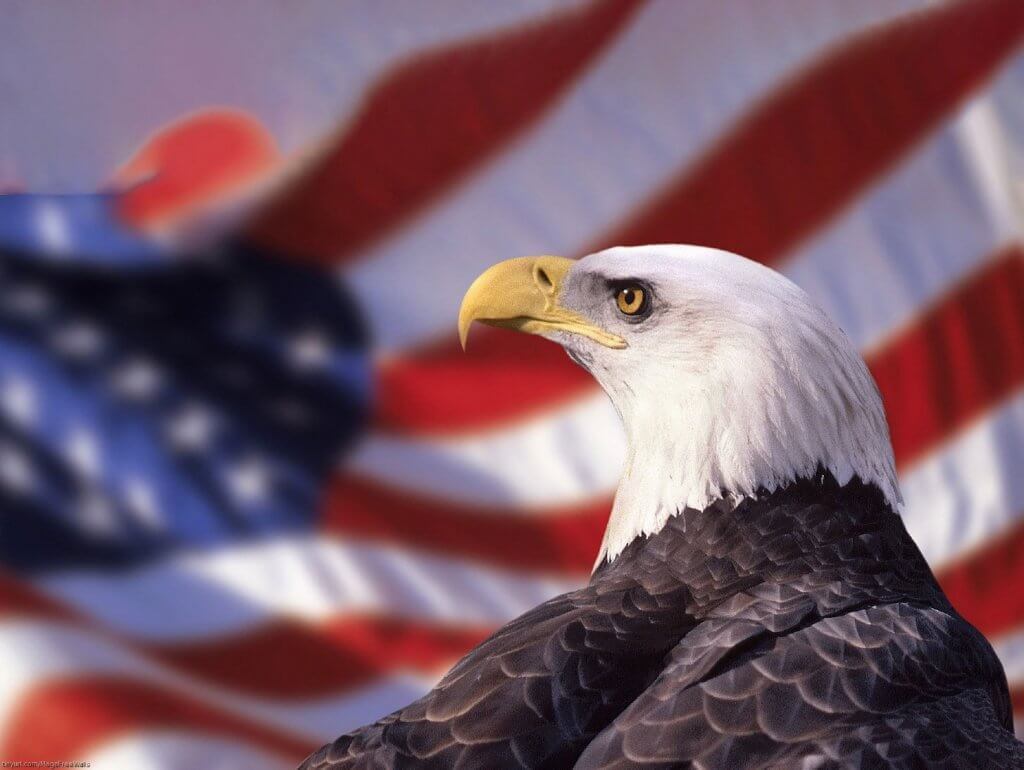 The U.S. is a huge importer of scotch whisky, with the value of imports reaching £789.8 million in 2021 and the volume reaching 426 million litres during the same period, making the U.S. the largest importer by value and the third largest by volume.

However, the imposition of tariffs by the Trump administration put a damper on exports, with a 12% tariff being imposed on single malt scotch whisky in October 2019. This led to a decline in exports to the U.S. by value (11%) and volume (14%).

Fortunately, these tariffs have since been suspended, and we can expect exports to rebound in the coming years. Factors that will drive this growth include the continued popularity of scotch whisky in the U.S. as well as a growing economy and increased disposable incomes.

The U.S. is the largest market by value for Scotch whisky exports. In 2021, the U.S. was worth just under £790 million to the Scotch whisky industry – an increase of 26% on 2020. To put that into context, the second highest importer by value is France at £226.1 million, a significant difference in total value.

There are a number of reasons for the U.S.’s love affair with Scotch, not least that it is seen as a luxury product, and one which has an excellent reputation.

Scotch also benefits from being relatively well-known in the U.S. thanks to its long history – whisky has been made in Scotland since the 15th century. In contrast, bourbon – one of Scotch’s main competitors in the U.S. market – only has a history dating back to the 18th century.

The U.S. is also home to a large number of Scotch fans, with around 30% of American adults saying they have tried it. This is partly due to the high number of Scottish and Irish immigrants in the US, but also because Scotch has been increasingly marketed to a younger audience in recent years. This marketing push has been successful, with the number of 18-34 year-olds trying Scotch rising from 15% in 2010 to 22% in 2020. This is good news for the future of Scotch exports to the U.S. as younger drinkers are more likely to become lifelong fans of the spirit.

While the U.S market is currently the most valuable for Scotch exports, it has not been without its issues in recent years. In 2018, the U.S. imposed tariffs on a number of imported products from the European Union, including Scotch whisky. These tariffs led to a sharp decline in exports to the US, with shipments falling by 21% in the second half of 2018.

The cost of tariffs

According to research performed by the Scottish government, the imposition of tariffs resulted in a reduction of between 9.5% and 19.6% on export quantity, totalling between 2.5 and 5.1 million litres of single malt. This represents a loss of around £500 million in value to the Scotch whisky industry.

The 25% tariff on single malt Scotch whisky had a significant impact on exporters, with the majority of shipments being sent to the U.S. prior to the tariffs. In response to the tariffs, many companies diverted their shipments to other markets, such as Asia and Latin America.

The basis of this tariff was actually an aerospace dispute between the EU and U.S., which led to the imposition of tariffs on a number of EU products, including Scotch whisky. Thankfully, the tariff dispute was resolved in June 2021 and the tariffs were suspended, pending a final decision, which was understandably welcomed by the Scotch whisky industry.

Since the suspension of the tariffs, exports to the U.S have increased by 8% with 4 bottles of scotch being exported to America every second!

In addition to the lifting of the restriction, the SWA also successfully registered “Scotch whisky” as a trade mark in the U.S. this year. This was a key task of the Scotch Whisky Association in their submissions to the U.S. government during the Section 301 investigation. The registration will help protect scotch whisky producers from copycat products and false or misleading use of the term “Scotch”, ensuring American consumers can be confident in buying genuine Scotch whisky.

Whisky being falsely marketed as Scotch in the U.S. has been an issue for a number of years, with the Scotch Whisky Association working to protect the interests of producers and consumers. This is a significant victory for the Scotch whisky industry, and one that will help to ensure continued growth in exports to the U.S. in the years to come.

The legal protections afforded to scotch whisky in the U.S. market are now on a par with those in place for Champagne and other protected European food and drink products.

Looking to the future

Moving forward from 2022, Allied Market Research has forecasted a 4.7% compound annual growth rate (CAGR) for the next decade, with the global malt whisky market predicted to reach US$6.7 billion by 2031.

There are a number of reasons for this rosy forecast. Firstly, the U.S. is the largest market by value for scotch exports, and Allied Market Research expects this to continue in the years ahead.

Secondly, there is a growing demand for premium and super-premium scotch whiskies around the world, as consumers become more discerning and seek out higher quality products.

Finally, the recent suspension of U.S. trade tariffs on Scotch whiskies is expected to lead to an increase in exports to the country in the coming years. All of these factors point to continued strong growth for the scotch whisky industry in the years ahead, with the U.S. market playing a key role in that growth.

The issues caused by the Covid-19 pandemic in 2020 are expected to have a short-term impact on the industry, but the long-term prospects remain positive. The hospitality sector is a key driver of scotch whisky sales, and the pandemic has had a significant impact on that sector. However, as economies begin to reopen and people start to travel again, the demand for Scotch is expected to rebound quickly.

In the meantime, E-commerce sales have been growing rapidly and are expected to continue to do so in the coming years. This provides a silver lining for the Scotch industry during these challenging times. Online sales of fine and rare whisky have been particularly strong, with some bottles selling for tens of thousands of dollars.

While the U.S market will remain hugely important to the scotch industry, there are other markets that are growing rapidly and offer considerable potential for future growth.

Asia Pacific is the largest market by volume and is expected to continue to grow at a rapid pace in the coming years. India is also a key market for Scotch, with sales increasing by double digits in recent years. However, these high tariffs on Scotch imports are hindering further growth.

The African market is also showing considerable potential, with sales of Scotch growing by over 50% in some countries.

It is clear that the global Scotch market offers considerable opportunities for growth, despite the challenges that have been faced in recent years. With a strong focus on key markets such as the U.S, Asia Pacific and Africa, the future looks bright for Scotch exports.

Despite this positive outlook, there are a number of challenges that need to be addressed in order to ensure the continued growth of the scotch industry.

The first is the number of economic challenges facing the UK. Inflation in the UK has risen to its highest level in nearly 40 years, which is likely to impact the purchasing power of consumers and lead to a slowdown in Scotch sales. The recent interest rate increases announced by the Bank of England will also put pressure on consumers and businesses alike, as the cost of borrowing rises. This is likely to hamper economic growth in the UK, which could impact Scotch exports.

Similarly, the UK’s decision to leave the European Union (EU) is having a significant impact on Scotch exports. In the past, the UK enjoyed tariff-free trade with the EU, which was responsible for a large portion of Scotch exports. However, now that the UK has left the EU, it is subject to the same tariffs as other countries when exporting Scotch to the bloc, which has led to a significant increase in the cost of exporting Scotch to the EU, and has put pressure on the Scotch industry.

The conflict in Ukraine is also having an impact on scotch exports.

Both Ukraine and Russia are major exporters of grain and fertilizer, which are key ingredients in the production of Scotch. The conflict between these two countries has led to a decrease in production and an increase in the cost of these ingredients, which is having a negative impact on Scotch exports.

Energy prices are also a major concern for the scotch industry; Scotch is an energy-intensive product, and the rise in global energy prices has led to an increase in the cost of production. This has put pressure on margins and is one of the factors that has led to a decline in exports in recent years. However, despite these challenges, the Scotch industry is still a major contributor to the economy of Scotland.

Is scotch still a good investment?

Scotch and whisky as a whole, have seen a rise in popularity in recent years. This has been driven by the rise of the premium and luxury segments of the market, which have been growing at a faster rate than the mass market. This growth has been driven by increased demand from Asia, particularly China, as well as other emerging markets such as Brazil and India.

While the industry has certainly experienced some setbacks in recent years, as listed above, the overall trend is still positive. In the past decade, exports have increased to new markets and, according to the Scotch Whisky Association, the industry is forecast to grow in value by around a third over the next 10 years.

The rise in global energy prices has been offset by efficiency gains and cost-cutting measures implemented by Scotch producers. Additionally, the industry has been working hard to promote and protect the exports of Scotch whisky, particularly in key markets like the U.S.

So, if you’re looking to invest in a classic spirit with a bright future ahead, Scotch whisky is worth considering. With the market forecast to continue growing, now is a great time to get involved.