Outlander actor Sam Heughan gets gold with ‘The Sassenach’

Outlander actor Sam Heughan gets gold with ‘The Sassenach’ 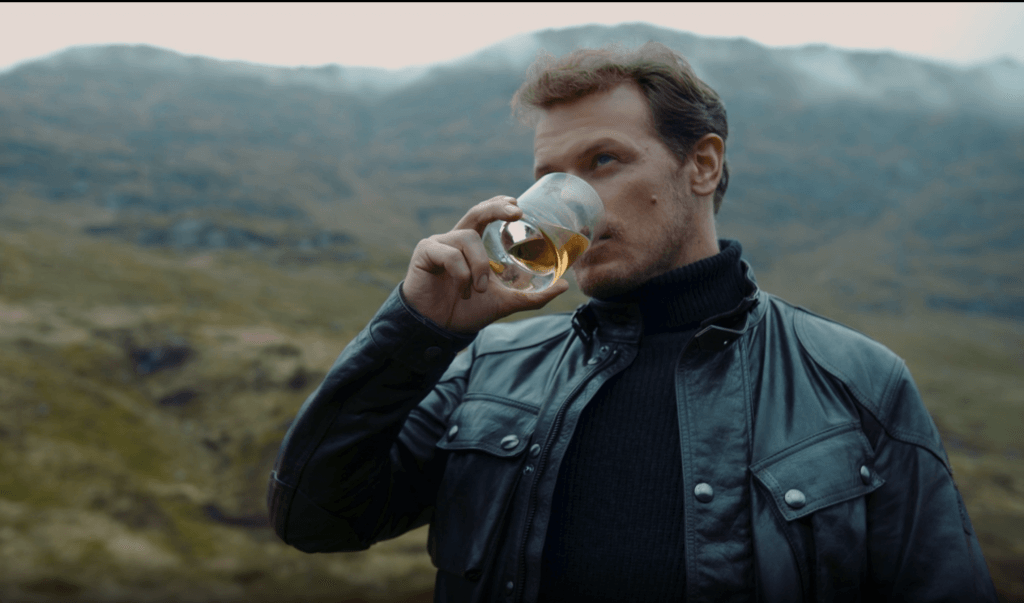 Fresh from his hugely successful role as Jamie Fraser in the hit show Outlander, Sam Heughan is now celebrating the success of his ‘The Sassenach’ Whisky.

The blended Scotch whisky—named after the affectionate term bestowed upon his onscreen wife Claire, on the show—has been the recipient of multiple awards, including double gold at the San Francisco World Spirits Championship year and double gold at 2021’s New York World Wine and Spirits Competition (NYWWSC).

Inspired by the Highland landscape

Started in August 2019, Heughan’s Sassenach Spirits company was inspired by the beautiful and dramatic Scottish Highlands, which play a key role in Outlander. The whisky itself was crafted to capture the essence of this breathtaking landscape.

The award-winning The Sassenach is created using a selection of single malt whiskies aged between 9 and 12 years old, giving it a unique flavour profile that’s described as “waves of butterscotch, fresh citrus and warming spices”. The creation of the spirit was a labour of love for Heughan, who worked closely with master distillers and blenders to create the perfect whisky.

Heughan is looking to continue the success of his Sassenach Spirits company by producing a Tequila, but is also looking to create a single malt whisky, saying:

“In the future, I think we’re going to start looking at other innovative spirits, whether it’s whisky or something else. But I think a single grain is definitely a route we want to look at as well, because they’re so good – and probably the majority of what I’m drinking right now.”

In the future, I think we're going to start looking at other innovative spirits, whether it's whisky or something else. But I think a single grain is definitely a route we want to look at as well, because they're so good - and probably the majority of what I'm drinking right now.

Tom Kitchin has built a reputation as one of the most innovative chefs in Scotland, and his collaboration with Sam Heughan is another way to ensure that the Sassenach Spirits range continues to grow. The two have worked together previously, most notably when filming the award-winning series Men In Kilts.

The Kitchin group and the Sassenach Spirits company have combined to allow diners at The Kitchin in Leith, The Scran & Scallie in Stockbridge, KORA in Bruntsfield and The Bonnie Badger in East Lothian to enjoy The Sassenach at the restaurants.

In addition to serving the whisky, the Kitchin group has created a signature cocktail using the spirit, unsurprisingly called The Outlander. Made from Sassenach whisky, hand-squeezed lemon, egg white, Douglas Fir syrup and orange bitters, this is a drink that fans of the show and whisky fans alike will love.

Both Heughan and Kitchin have expressed a singular love for the Scottish landscape and making use of the natural resources it offers in order to create something that is true to its place of origin.

As Heughan himself put it, “Chef Tom Kitchin has a shared respect, admiration, and passion for Scotland’s enviable larder so it feels fitting that The Sassenach will now be available at Kitchin Group venues.”