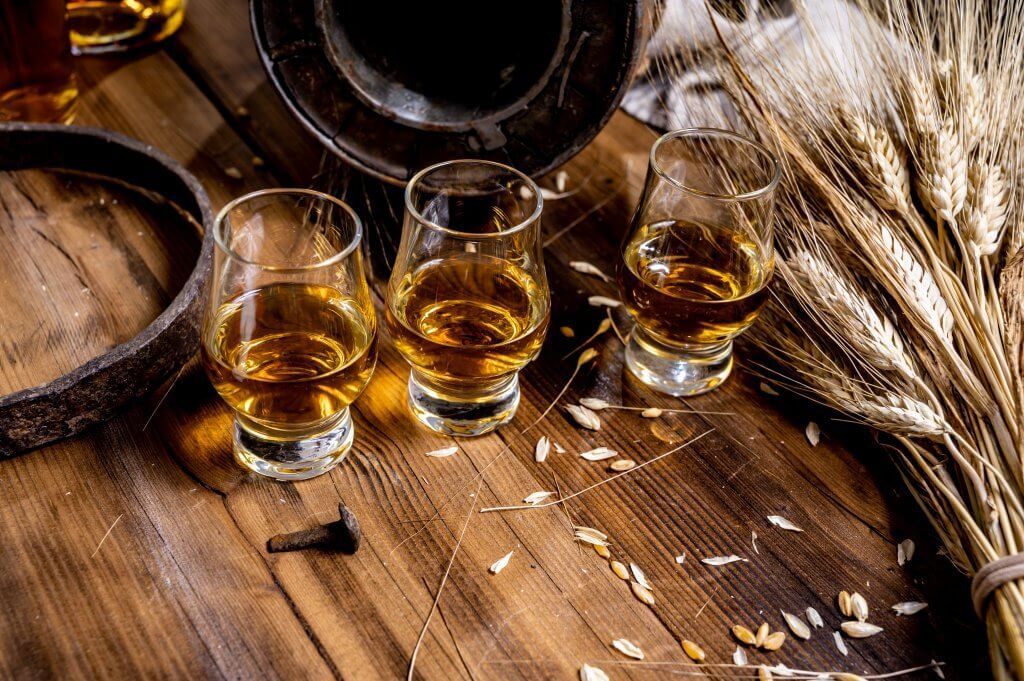 When tariffs on U.S. whiskies being sold in the UK were suspended in June this year, a sigh of relief was felt on both sides of the Atlantic.

The culmination of a long-running standoff between UK and U.S. governments, the tariffs had major impacts on a huge swathe of sectors over the 4 years they had been imposed.

“I half joke when I say that when the announcement of the tariffs being removed came out, I had a small tear of joy because I don’t think there is an industry that is more passionate and united, so to see them get that tariff removed made me very happy,” explained Rob Maron, VP of International Trade for DISCUS, the Distilled Spirits Council of the United States, in a recent interview for the VCL Podcast series.

Maron was one of the key stakeholders at the heart of the discussions between dozens of trade, distillery and governmental bodies over the nearly 5 years that it took for tariffs to be reneged on by both the UK and the U.S.

“It took a lot of time, sweat and not just from me, it was all hands-on deck from so many associations to get this to happen,” he said, adding ‘he toasted with an American whiskey’ when the news broke.

I half joke when I say that when the announcement of the tariffs being removed came out, I had a small tear of joy because I don't think there is an industry that is more passionate and united, so to see them get that tariff removed made me very happy.

DISCUS represents around 240 craft distillers alongside the major distillers across 45 States, representing the full breadth of U.S. whiskies. Maron saw first-hand how much the punitive tariffs affected the members in the US but also within the UK hospitality industry which could no longer get hold of many of the brands or any of the new craft distilleries emerging, as the cost was simply prohibitive to their operations.

“Going back to 1997 when the tariffs on spirits were fully eliminated on a transatlantic basis, we saw a 212% increase in bilateral trade in whiskies – mostly in American whiskies and Scotch. There was a real focus on the UK for U.S. exporters. In June 2018 when the tariffs were imposed, we saw a pretty quick impact on our craft distillers in particular, and it was eventually felt across the whole industry,” explained Maron, who’s worked with DISCUS for 9 years.

Over the period the tariffs were in place, there was a 42% decrease in American whisky exports to the UK. For Scotch producers, there was a 25 % tariff imposed on single malt Scotch, while the same was faced by whiskies from Northern Ireland; a major issue when the U.S. was the largest export market for Scotch whisky makers. In 2021, the US decided to suspend those tariffs for five years, and the UK followed suit, echoing the decision of the Biden administration by doing the same this year.

The landscape for whisky producers has changed substantially over that time. There are now over 2,400 craft distillers in the U.S., many of which haven’t had the opportunity to access the UK market due to the sheer cost of operating here while those tariffs were in place.

“Following the announcement we decided to invest more in the UK and we were at (trade show) Imbibe Live in July and there was a lot of excitement from UK buyers that we were coming back whereas a year ago we would hear from some of our craft distillers that now is not the time to promote. We are now seeing the opportunities to either re-launch in the UK having lost their market share and others to get in for the first time,” added Maron. “The UK”, he said, “and London specifically is seen as a trendsetter globally in the world of spirits, so to be seen here is to get a sort of global stamp of approval for producers in the eyes of consumers.”

As the various trade bodies look to the future, the focus is on ensuring the suspended tariffs are fully cancelled going forwards so that – as the Scotch Whisky Association says – “we hope that governments will not use whiskies as collateral to resolve trade disputes in the future.”

“We are working closely with counterparts in the UK to help our governments continue the positive momentum of the removal or suspension of the tariffs, continue to highlight the deep interconnectedness of our industries and understand the unintended consequences those have for the hospitality and retail sector, and for the Scotch whisky industry the impact on getting used bourbon barrels for maturation,” he concluded.

The UK and London specifically, is seen as a trendsetter globally in the world of spirits. So to be seen here is to get a sort of global stamp of approval for producers in the eyes of consumers.