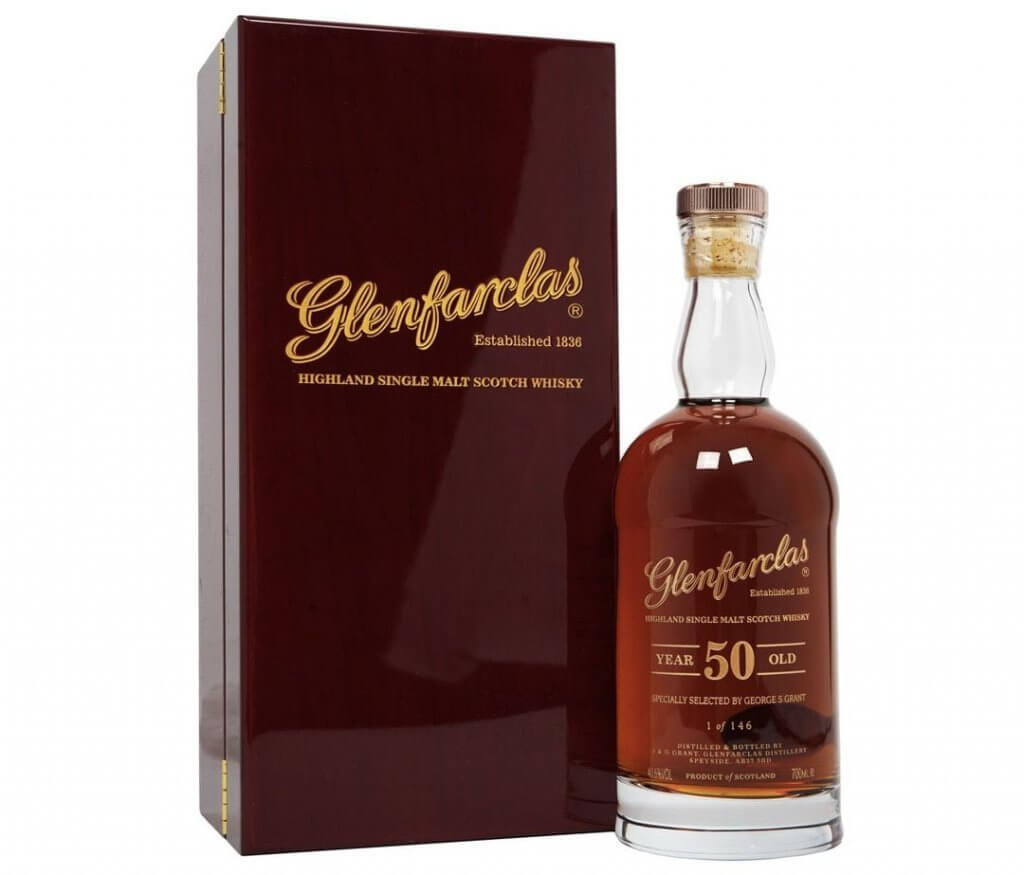 Scotland’s Glenfarclas has a surprise in store for fans of its famous Highland whisky. That’s because shortly after being crowned “Distiller of the Year” at the 2023 Icons of Whisky Awards, the company announced the release of a 50-year-old limited edition single malt.

The rare, copper-coloured, limited-edition spirit is being released to commemorate the 50th anniversary of Glenfarclas chairman John Grant’s start in the whisky industry. The release is made even more special since it was laid down half a century ago by George Grant, John’s father.

This special single malt was carefully selected for bottling by the Glenfarclas team of Callum Fraser, distillery manager, and managing director Douglas Belford. The spirit contains a smooth spirit bottled at an impressive 50% ABV. Meanwhile, the flavor profile has been described by some as having notes of marzipan and of treacle toffee, almond and cedar wood on the nose; also featuring rich velvet dark chocolate and mixed peel.

The commemorative spirit is expected to be extraordinary, a tribute to those who first made the spirit and laid it down in the late 1960s. Made by craftsmen who were passionate about ensuring every bottle of Glenfarclas would be nothing short of perfection, this collectable high quality malt is expected to show just why it’s still popular for whisky lovers today.

Connoisseurs and collectors won’t want to miss this major anniversary release of this special, single malt whisky–only 836 bottles of the expression will be made available to the public. The spirit will be encased in a special, engraved bottle and presentation box. Glenfarclas 50-year-old is only available at a few select locations. So, if you’re looking for something unique and special this year, make sure you grab one of these limited-edition releases before they run out!