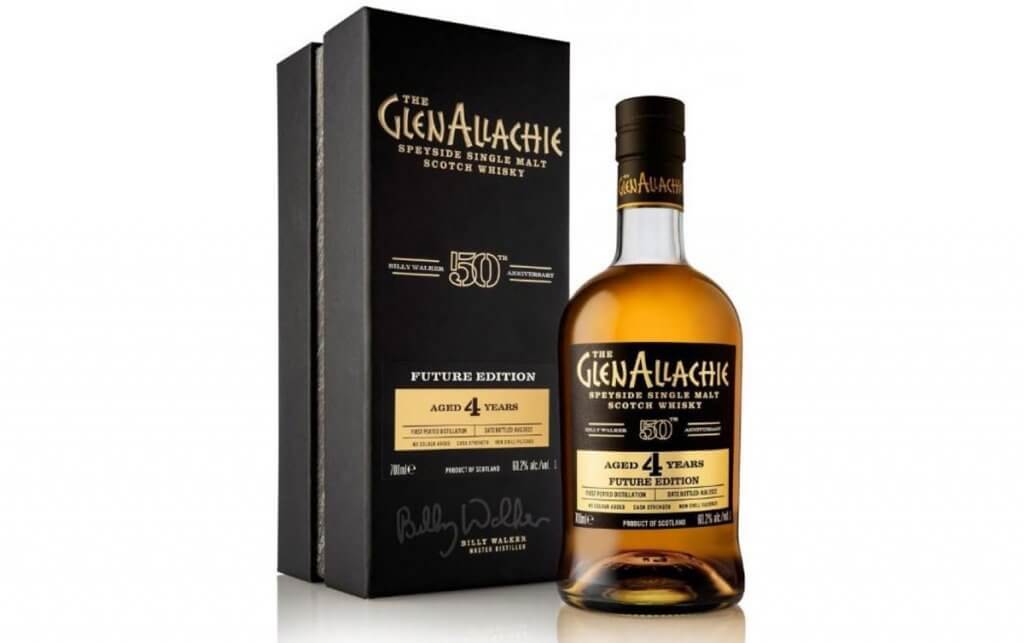 The GlenAllachie Distillers Company have announced the third and final release in The GlenAllachie limited edition Billy Walker 50th Anniversary Trilogy, entitled Future.  The first two releases in the series, The Past and Present Editions, were very well received by critics and consumers alike.

The Future Edition is a 4-year-old peated single malt matured in Rye barrels, Bourbon barrels, and virgin oak casks. The use of different cask types is a nod to Walker’s experimental nature and his commitment to pushing boundaries in the world of whisky.

A tribute to a whisky legend

Billy’s long, 50-year stint in the whisky making business has seen him amass numerous awards, including Master Distiller/Blender of the Year; an accolade bestowed upon him at the World Whisky Awards 2020. Having achieved a BSc Honours Degree in Chemistry, Billy embarked upon his whisky journey in 1972 at Hiram Walker & Sons, encompassing all aspects of the industry. He achieved the coveted position of Master Blender at Inver House Distillers in 1976.

In 1982 Billy gained employment at Burn Steward Distillers where he spent the next 20 years.  He has been involved in a number of acquisitions, which have revived flagging or mothballed distilleries and it was during this period that Billy earned respect for his innovative insight and involvement in the brand’s successes.

What makes this whisky so special?

Comprising a smoky, yet sweet nose with notes of ripe fruits, vanilla, and toasted oak. The palate is rich and creamy with more smoke and fruit notes, as well as a touch of spice. The finish is long and lingering with a beautiful balance of sweetness and smoke.

This is a truly exceptional whisky that captures Billy Walker’s spirit of innovation and his passion for quality. It is sure to be a hit with both fans of The GlenAllachie and those who appreciate great Scotch whisky in general.

Only 10,000 bottles of The GlenAllachie Future Edition will be released, each retailing for £80. and is available in the UK, Europe, and the U.S.