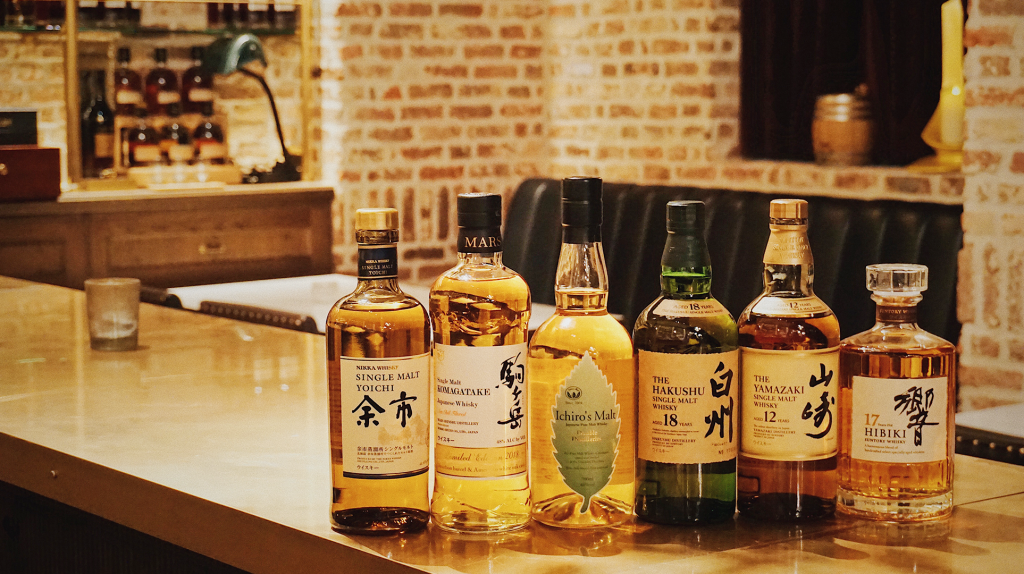 With Japan hosting the much-awaited Olympic Games this year, millions of people are turning their attention to the Land of the Rising Sun and what this amazing country has to offer.

Alongside its rich and deep cultural heritage, Japan has always been associated with food. However, over the last century, the country has also been developing its own specific style of whisky.

While Scottish single malts might still be the king of whiskies, more and more whisky connoisseurs are tipping Japanese whisky as a contender for that crown. 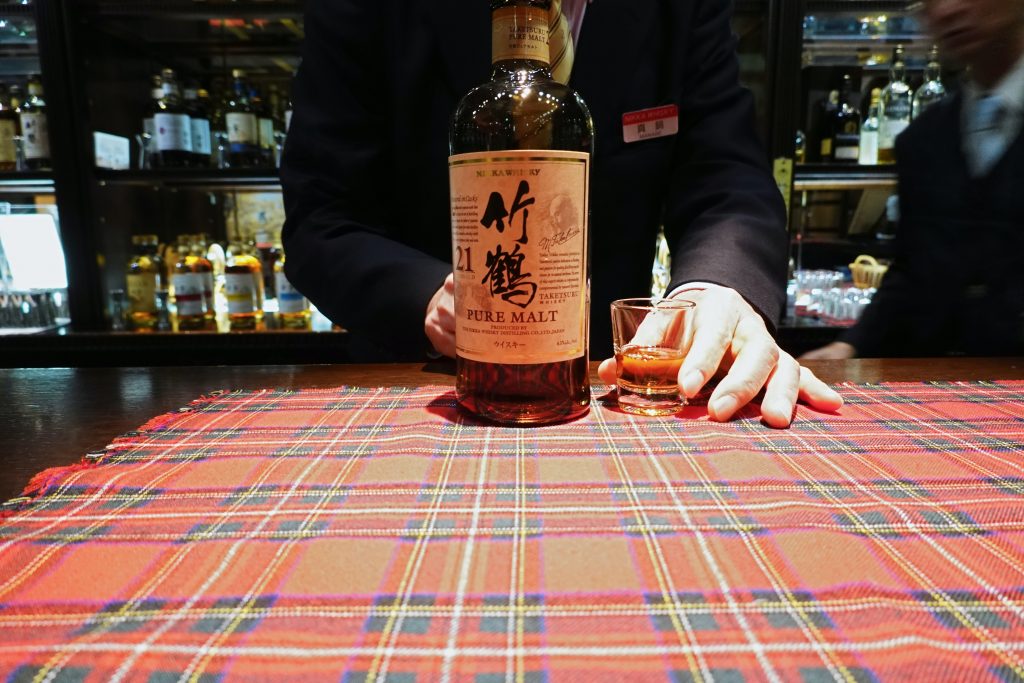 The History of Japanese Whisky

By the time that whisky reached Japan in 1853, brought over in the holds of European and American trade ships, the country already had an internal brewing culture. From around the 15th century onward, Japan had been distilling alcohol from fermented rice to create an ancestor of modern shōchū, known as awamori. The Japanese learned the art of distillation from trade with China and Thailand.

Whisky was introduced during the Meiji Period, when western culture and imports were beginning to flow into Japan. The Meiji Period ended in 1912 and the first Japanese whisky distillery was opened shortly after in 1923. Between 1923 and the millennium, Japan slowly but steadily built its reputation as a country capable of producing an amazing and varied range of whisky styles.

However, starting in the early 2000s, demand for Japanese whisky, both domestically and internationally, exploded, leading to a huge boom in the number of whisky producers. 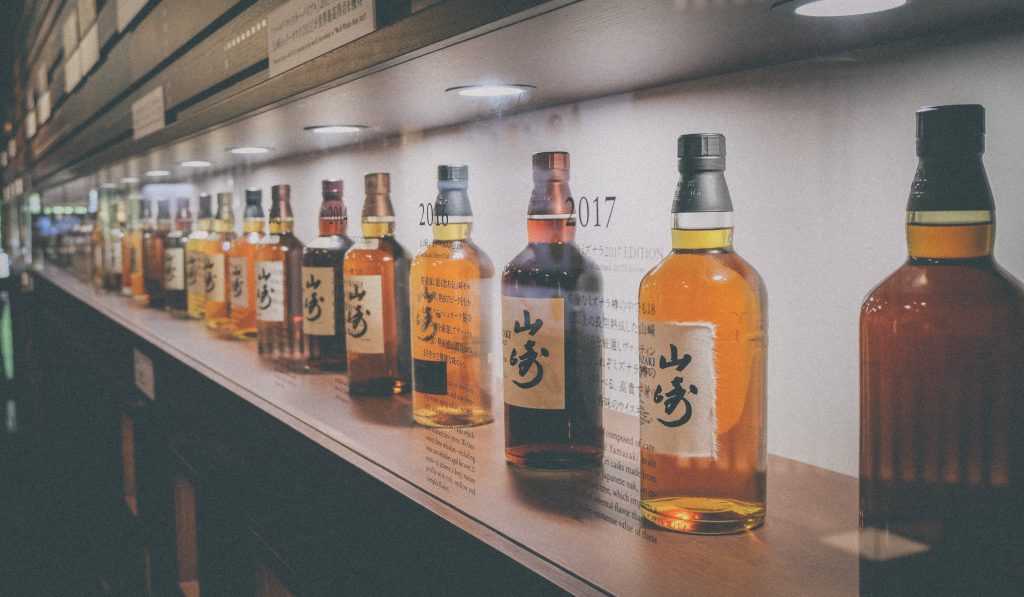 The early history of Japanese whisky is largely defined by two men and two brands: Shinjiro Torii and Masataka Taketsuru, who would go on to found Suntory and Nikka respectively.

Masataka Taketsuru, the son of sake brewer, studied at the University of Glasgow and apparetived with  Longmorn distillery, James Calder & Co.’s Bo’ness distillery, and Hazelburn distillery, before returning to Japan with a good grasp on whisky distilling and a Scottish wife.

Shinjiro Torii has his first experience of western alcoholic drinks while he apprenticed at a pharmaceutical wholesaler in Osaka.

Having developed a taste for them, he opened his own store Torii Shōten and started importing wine. With his first product, Akadama Port Wine, being hugely successful, Shōten used it as a springboard to construct the Yamazaki Distillery in 1924.

The first whisky produced there, Suntory Whisky Shirofuda was too smokey for Japanese tastes. However, the second, Suntory Kakubin, was far more popular. A combination of Suntory Kakubin, a series of whisky bars known as Torys bars, and the invention of Mizuwari, a style of drinking whisky that blended with sparkling water, saw a huge rise in the domestic popularity of whisky in Japan.

Taketsuru actually worked for Suntory as a distillery manager until 1934, before setting out to build the Yoichi distillery on Hokkaido and found Nikka. Suntory and Nikka still dominate the Japanese whisky market and, such is the rivalry between them, they still refuse to trade whisky with each other.

How Does Japanese Whisky Differ from Scottish Whisky?

While Japanese whisky manufacturing follows a very similar process of Scottish whisky, a combination of different climate and different aging methods has led to some significant differences, including:

The wide use of peat in Scottish whisky comes from the fact that many Scottish distilleries are based in coastal areas and use locally available peat for drying out the barley during malting.

This is not to say that there aren’t coastal distilleries using peat to dry barley in Japan. The Yoichi distillery, owned by Nikka, uses peat from the Ishikari river basin and peated barley is used by White Oak, Chichibu, and Suntory.

However, the peaty flavor that has become the signature of Scottish whisky is not a preventlant in Japanese distillations.

Part of this also comes from the fact that local tastes in Japan don’t favor overly smokey or peaty tastes, which is one of the reasons that Suntory’s first whisky, Suntory Whisky Shirofuda, was less than popular.

As we’ve mentioned, the Japanese whisky industry is still dominated by Nikka and Suntory. However, the smaller number of producers has forced the Japanese distilleries to produce a far wider variety of whisky variations in order to try and differentiate themselves from their competition.

Because of this, whisky producers in Japan tend to be more experimental than those in Scotland, mixing and matching distilling techniques, mash bills, equipment, and even creating their own specific yeast strains, like the suntoryeus lactobacillus to manufacture an edge.

Although much of their whisky making techniques, and even the grain they use, is imported from Scotland, a lot of Japanese locality makes its way into their whisky.

For a start, many Japanese whisky makers age their whisky in Japanese white mizunara oak barrels which, according to research for Suntory, introduces its own specific coconut flavor.

Plum wine barrels are also used during aging to impart a sweetness and stone fruit flavor.

Most Japanese whisky distilleries also filter their whisky through bamboo as a more readily available filtration matter than carbon.

Lastly, the distilleries tend to be located in areas with an abundant water supply recognized for its purity, adding a distinct Japanese terroir to the character of the whisky produced there.

Japan hosts some of the highest distilleries in the world, including Hakushu, Mars Shinshu , and Karuizawa.

The height of these distilleries, located around excellent sources of water in the Japanese Alps, leads to naturally low pressure distillation, which results in a lighter thinner texture and a heady retained aromas. 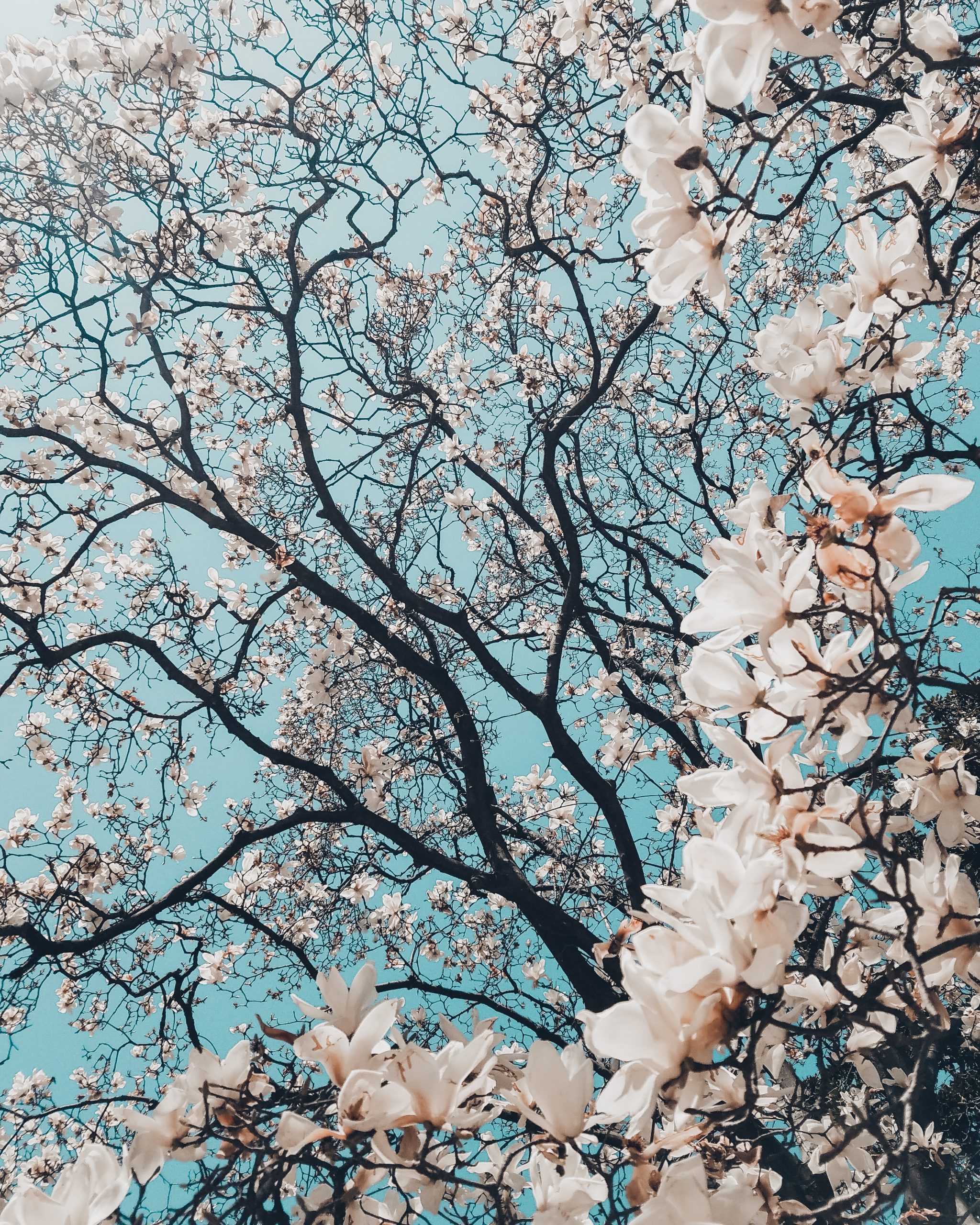 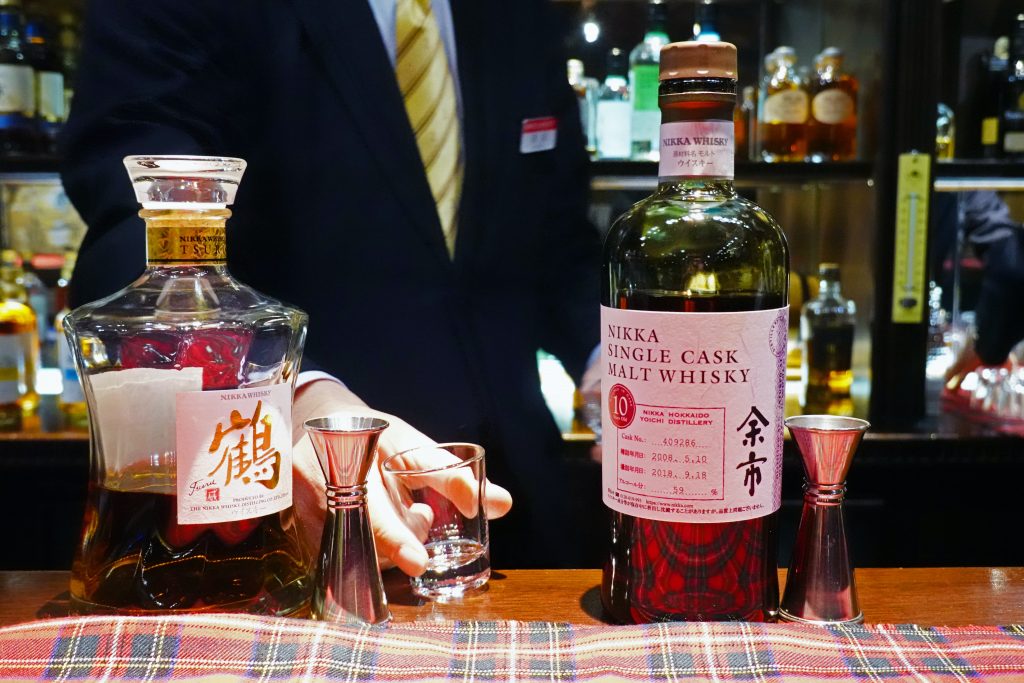 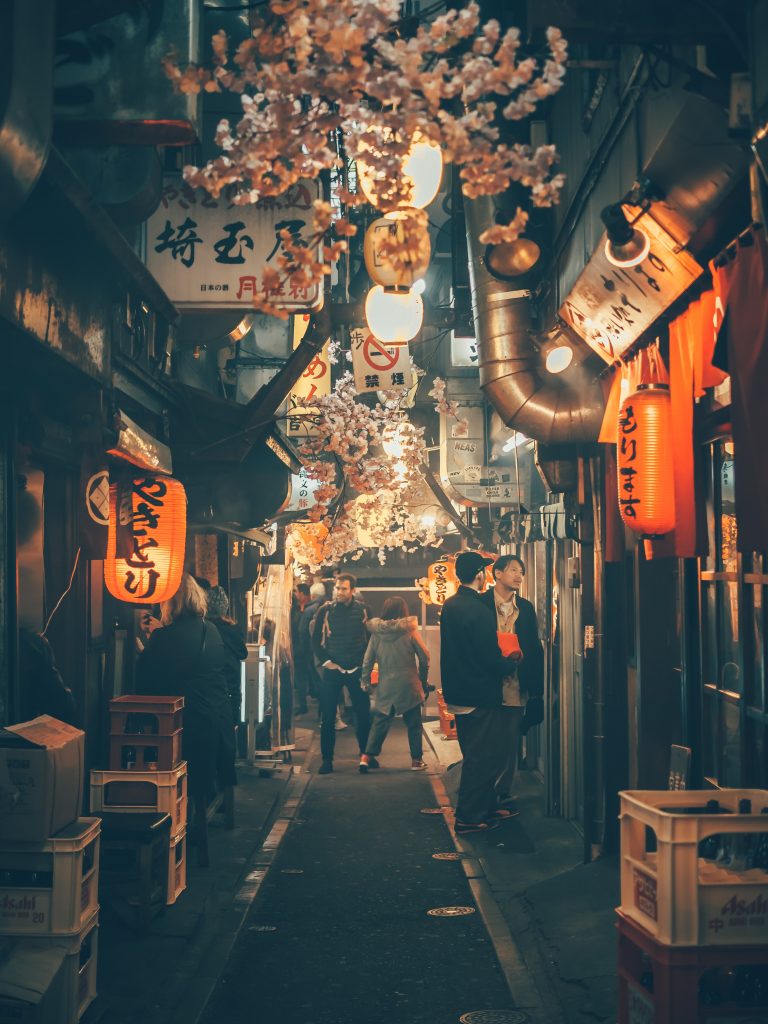 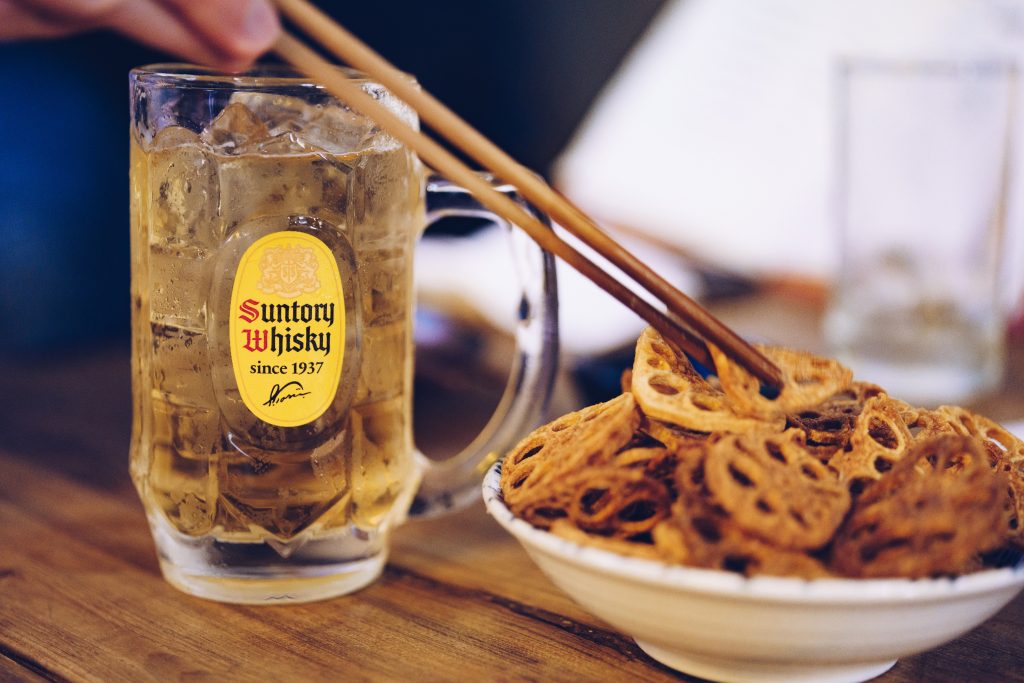 What Are the Benefits of Japanese Whisky?

There are a number of benefits to acquiring Japanese whisky, for both whisky lovers and investors, including:

Its an excellent investment opportunity

The benefits of investing in Japanese whisky mirror those of Scottish whisky. There is a limited supply and a huge international demand.

According to the Knight Frank’s Luxury Investment Index (KFLII), the value of the whisky market has increased a staggering 586% over the last decade.

Despite the UK exporting 42-bottles of Scotch whisky per second, the growing demand for high-end whisky, especially from emerging Asian markets like China, has seen the prices of both single malt whisky bottles and whisky casks skyrocket.

While Japanese whisky doesn’t quite have the cache of Scottish whisky, it is still in a well deserved second place and represents a great whisky investment opportunity for smart investors.

Despite having been around since the 1900s, the whisky industry in Japan is relatively new and lacks a lot of the ingrained traditions seen in Scottish whisky.

This, coupled with a pressure cooker industry dominated by two main rivals and a lack of blend collaboration, means a more open approach to whisky experimentation.

In turn, this experimentation leads to some fantastic and unique whiskies that aren’t similar to anything else in the world.

There’s a huge variety of options

As we mentioned before, the lack of trading between the major japanese distilleries and the smaller overall number of distilleries means that each of the major brands has a far wider range of options than you might find with Scottish brands.

This means that, should you significantly favor one brand over another, you can find a wide and verified range of whiskies produced by that brand for you to experiment with.

Many people have bounced off the more aggressively smokey or peaty Scottish whiskies and simply decided whisky wasn’t for them.

With its far milder and smother profile and flavors, Japanese whisky is an excellent way of dipping your toe back into the pool, or for the first time.

Despite not having the history and visibility of Scottish whisky, Japanese whisky has won some of the most prestigious whisky awards in the world.

In particular, the Hibiki 21 Year-Old was awarded the World’s Best Blended Whisky at the World Whiskies Awards not once, but five separate times.

Ranges like the  Yamazaki, Hibiki, Yochi, and Chichibu have won a huge number of international awards for the sheer quality of their whiskies. 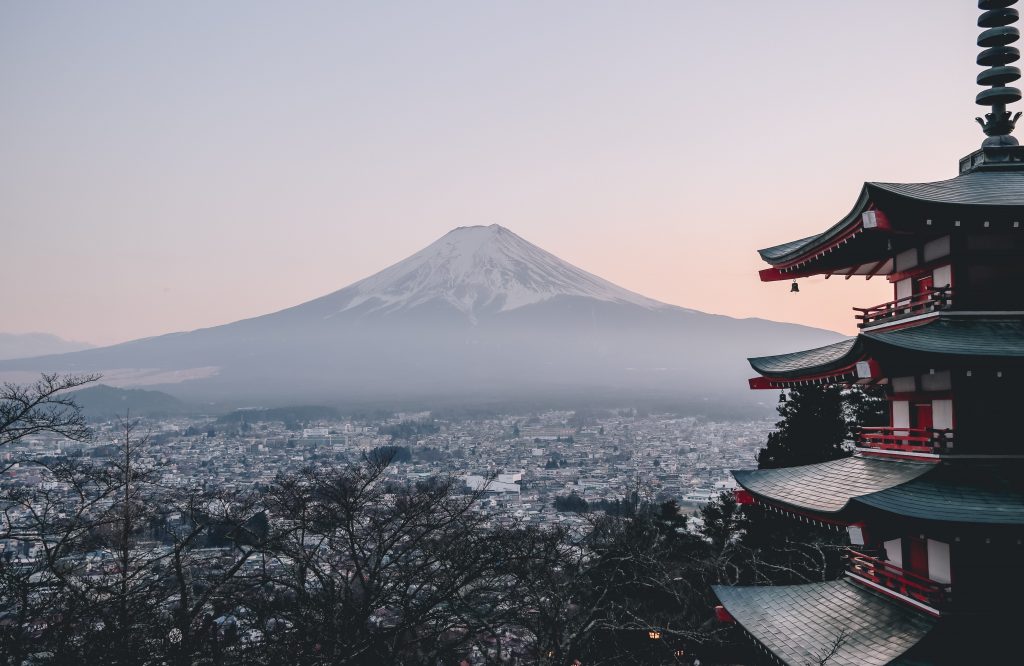 So, if the Olympic games has got you wondering about Japanese whisky, there has never been a better time to pick up a bottle.

Japanese whisky is refined, varied, delicious, an excellent investment opportunity and a new avenue for whisky lovers to explore alongside their Scottish favorites!

Words by Dennis and Dion
@whiskyconsultants.nl 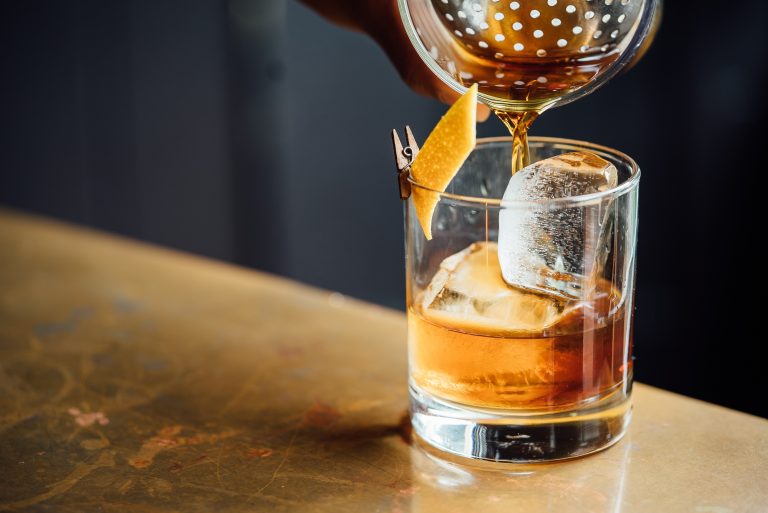 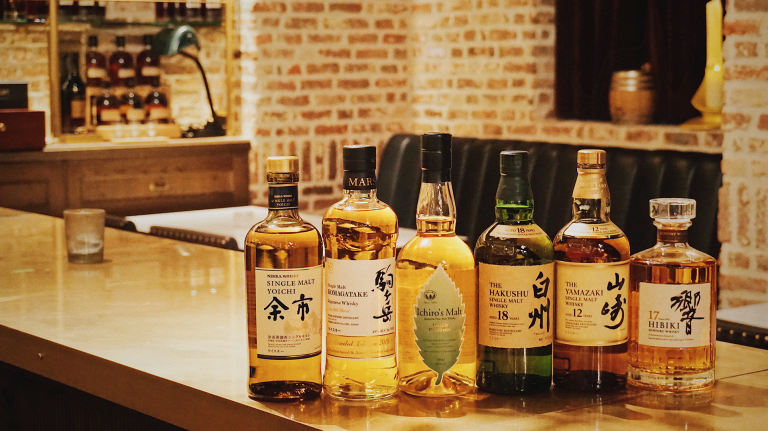 Behind the wood used in cask maturation

In conversation with: Nate Woodruff - Whisky With A View