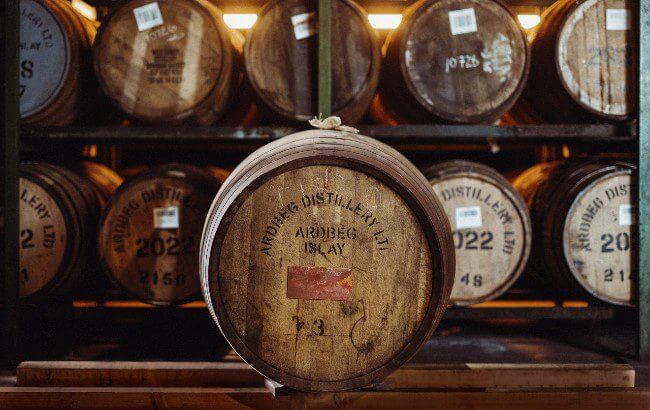 A cask of 1975 Ardbeg has set a new world record for the most expensive whisky ever sold at auction. The rare malt was purchased by a female collector in Asia for £16 million in a private sale.

This breaks the previous record, set by VLC Vintners, for a Rare Macallan Whisky Cask NFT. VCL managed to sell the cask NFT for an impressive $2.33 million USD.

What are the details of the sale?

The cask of Ardbeg was purchased by a female collector in Asia for £16 million. The sale took place in a private sale, and the identity of the collector has not been revealed.

The cask is one of only four that were distilled in 1975, and it is believed to be the oldest surviving cask of Ardbeg whisky. It was originally matured in ex-bourbon barrels before being transferred to ex-sherry casks for further maturation.

The cask has a capacity of 200 litres, and it is estimated that there are around 480 bottles worth of whisky inside it.

This sale sets a new world record for the most expensive single malt whisky cask ever sold and is a good indicator of the current market conditions for rare and collectable whisky.

With the current global pandemic, it is reassuring to see that there is still strong demand for luxury goods such as this cask of Ardbeg whisky. It just goes to show that even in tough times, there are people out there who are willing and able to pay large sums of money for fantastic whisky.

Why is the price for this sale so high?

The reason that this cask sold for such a high price comes down to three factors.

The first is the current state of the secondary market for fine and rare whisky. There has been a lot of interest in rare whisky from collectors and investors in recent years, which has driven up prices. Despite the global economic slowdown, the appetite for luxury goods has remained strong, especially from Asia. The fact that this cask was sold to a female collector in Asia is significant as it shows that there is still strong demand from this region. The emerging markets are also playing a role in driving up prices for rare whisky. As more people from these countries become interested in whisky, they are willing to pay increasingly high prices for the best bottles. Overall, the health of the secondary market for whisky remains strong, with collectors and investors still willing to pay high prices for the best bottles. This cask of Ardbeg is a clear example of this, and it will be interesting to see how prices continue to rise in the future.

The second factor is the popularity of Ardbeg whisky. The distillery is located on the Isle of Islay, off the west coast of Scotland, and it is known for its peaty, smoky flavour. Ardbeg is one of the most popular single malt whiskies in the world, and demand for its bottles has been increasing steadily in recent years.

The third factor is the age of the whisky. The cask was distilled in 1975. This makes it one of the oldest Ardbeg bottlings ever released, and it is certainly rare. In addition, early distillings of Ardberg were mostly used for blended whisky, so there are relatively few old bottlings or casks of Ardbeg single malt available.

All of these factors combined to make this cask of Ardbeg whisky extremely valuable, and the sale price reflects that. It is not yet clear what the new owner plans to do with the cask, but it is likely that it will be kept as a collector’s item and never opened. Either way, this is an extraordinary sale, and it highlights the growing popularity and value of single malt whisky. We can only expect prices for rare bottles like this to continue to rise in the future. That said, if you’re looking to get your hands on a bottle of Ardbeg, you’d better act fast!

So, the combination of strong demand and limited supply is what has led to this record-breaking sale. The £16 million price tag may seem like a lot of money, but when you consider the factors mentioned above, it is not surprising that this cask sold for such a high price. Ardbeg is one of the most sought-after brands in the world, and this cask was truly unique so it is unlikely that we will see another sale like this anytime soon.

A brief history of the Ardbeg Distillery

To really understand the significance of this sale, it is important to know a little bit about the Ardbeg distillery and its history.

In 1838, John McDougall died and his son Alexander took over the running of the distillery. Alexander was only 19 years old at the time, but he proved to be a capable businessman and distiller. Under his leadership, the Ardbeg brand continued to grow in popularity. 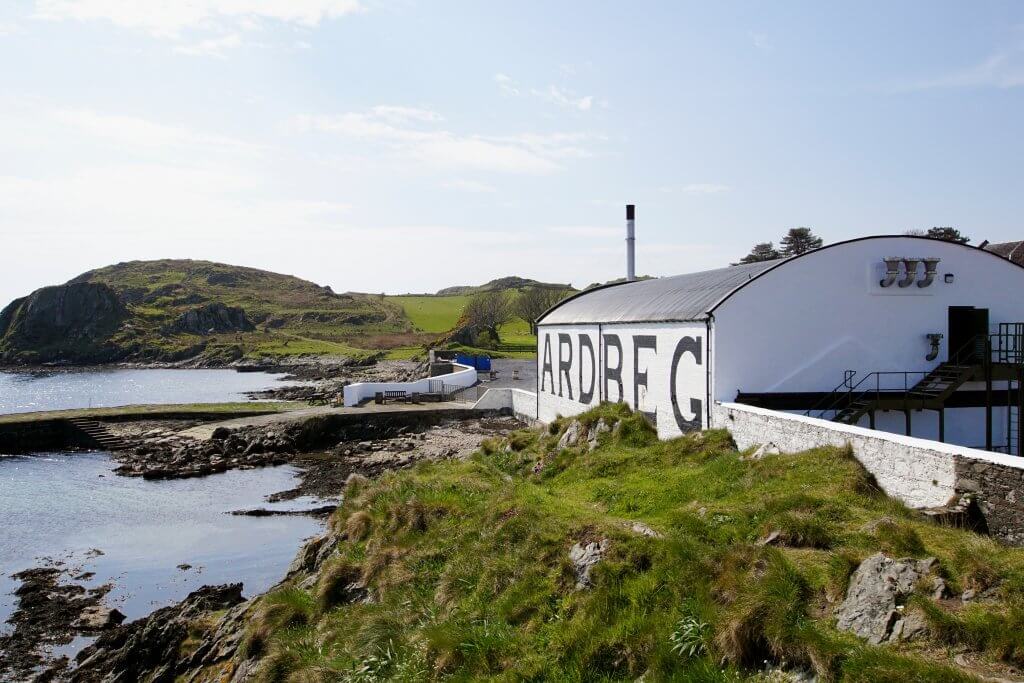 In 1887, Alexander McDougall sold the Ardbeg distillery to Macdonald & Muir, a whisky brokerage firm based in Glasgow. The new owners continued to produce whisky of the same high quality, and Ardbeg soon became one of the most popular single malt whiskies in Scotland.

The distillery went through a number of changes over the years, changing hands several times before being bought by Allied Breweries in 1977.

Allied Breweries decided to close the Ardbeg distillery in 1981 due to declining sales, but it was reopened just four years later by Glenmorangie plc.

In recent years, Ardbeg has released a number of highly acclaimed limited edition whiskies, including the Ardbeg Supernova, which was named the World Whisky of the Year in 2010.

The Ardbeg distillery is currently owned by Louis Vuitton Moët Hennessy (LVMH), and is one of the nine active distilleries on the Isle of Islay.

As with other Islay distilleries, Ardbeg’s whisky is heavily peated, giving it a distinctive smoky flavour.

Ardbeg’s whiskies are typically matured in ex-bourbon barrels, though some limited edition bottlings have been matured in ex-sherry or other wine casks.

The release of the 1975 cask marks a significant moment in Ardbeg’s history as it is the oldest expression ever released by the distillery. This cask was laid down in 1975, just before the distillery closed its doors for a number of years.

There are Ardbeg fans all over the world, but the brand has a particularly strong following in Asia.

The recent sale of the 1975 cask is a testament to Ardbeg’s popularity in Asia, and also highlights the growing interest in rare and old whisky among collectors.

What does this tell us about the cask market?

Unusually for a commodity, the secondary market for fine and rare whisky is split into two, with the sale of bottles and casks. This is similar to the fine wine market with bottles and en-primeur wines.

The bottle market is well-established and has been going for many years. The cask market, on the other hand, is much younger and is still finding its feet.

There are a number of reasons for this. Firstly, it’s only in recent years that whisky producers have started to sell casks directly to private individuals. Secondly, the storage and transportation of casks is much more complicated than bottles, so there’s a greater risk of the cask being damaged or leaking.

Lastly, and most importantly, it’s only in the last few years that buyers have started to realise the potential value of investing in whisky casks. For many years, they were seen as nothing more than a way to store whisky. It’s only recently that people have realised that, with the right care and attention, a cask can actually increase in value over time.

This is why we’re starting to see more and more interest in the cask market from both buyers and sellers. And it’s also why we’re seeing an increasing number of specialist cask brokers springing up to facilitate transactions.

There are a range of benefits to buying casks, including the fact that they can be a relatively low-cost way to invest in whisky. They also offer the potential for significant returns, particularly if you’re able to buy casks from well-known distilleries at a fraction of their current market value.

One of the primary benefits of whisky by the cask is that it continues to age and mature while in your possession. This means that, as long as you store your cask correctly, the whisky inside will only get better with time.

If you’re thinking about investing in a cask of whisky, we recommend doing your research and speaking to a specialist cask broker to ensure you get the best possible deal. With the right guidance, buying a cask can be a fantastic way to invest in one of the world’s most popular spirits.

However, there are also a number of risks associated with buying a cask of whisky. Firstly, you need to be aware that the value of your investment can go down as well as up.

Secondly, if you’re not careful when choosing your cask then you could end up with a dud that doesn’t improve in quality over time.

So, there are also some risks associated with cask investing, but these can be mitigated by working with a reputable broker and doing your own research.

If you’re thinking about buying a cask of whisky, then make sure you understand the risks and rewards before making any decisions. And if you do decide to go ahead, then we’d recommend using a specialist cask broker to help you find the right cask and negotiate the best possible price.

There are many reasons for why someone might want to buy a cask of whisky. For some people it is seen as an investment because casks can be bought at a fraction of their current market value and then sold later on for a higher price. Additionally, the longer a cask is left to mature, the more valuable it becomes. 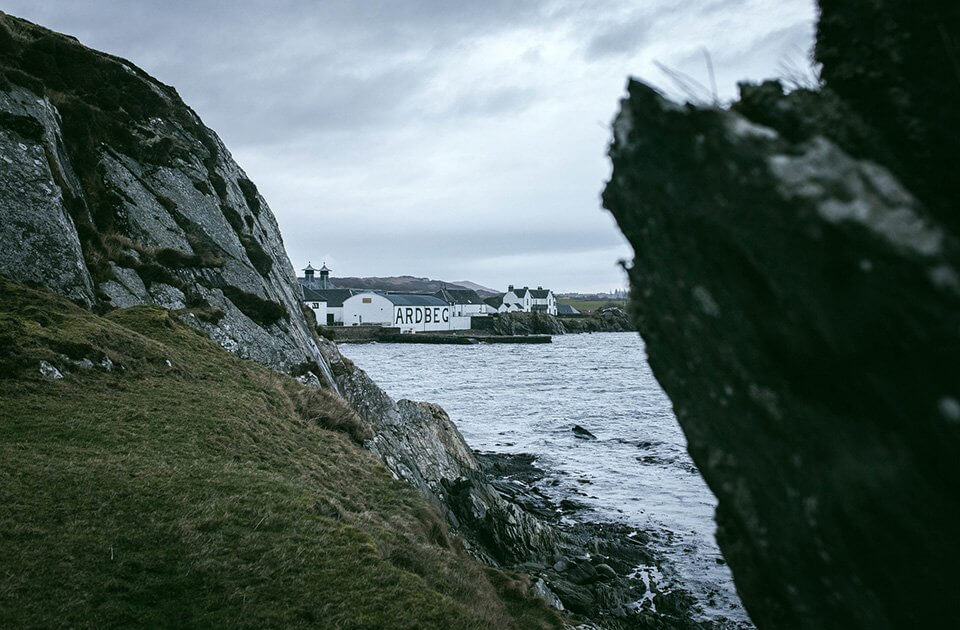 A great indicator of the strength of the cask market

This new record breaking cask sale might be a bit of an outlier because of the rarity of Ardbeg whisky from the 70s, but it does show that there is a lot of money to be made in cask sales.

There are a huge range of benefits that come from owning a cask of whisky. Not only is it a great investment, but it also offers the owner a chance to bottle their own whisky, which can be a very special and unique experience.

If you are thinking about buying a cask of whisky, then do your research first and make sure you know what you are doing.

Getting the best value for your cask is all about timing, so make sure you are aware of the current market conditions.

It is also important to remember that not all casks are equal, and some will be worth more than others. So, it is really important to choose wisely if you want to get the most out of your investment.

Working with an experienced and reputable broker is also crucial, as they will be able to guide you through the process and help you make the best decisions.