Whisky tours: How does that even work in the post-Covid world?

Whisky tours: How does that even work in the post-Covid world? 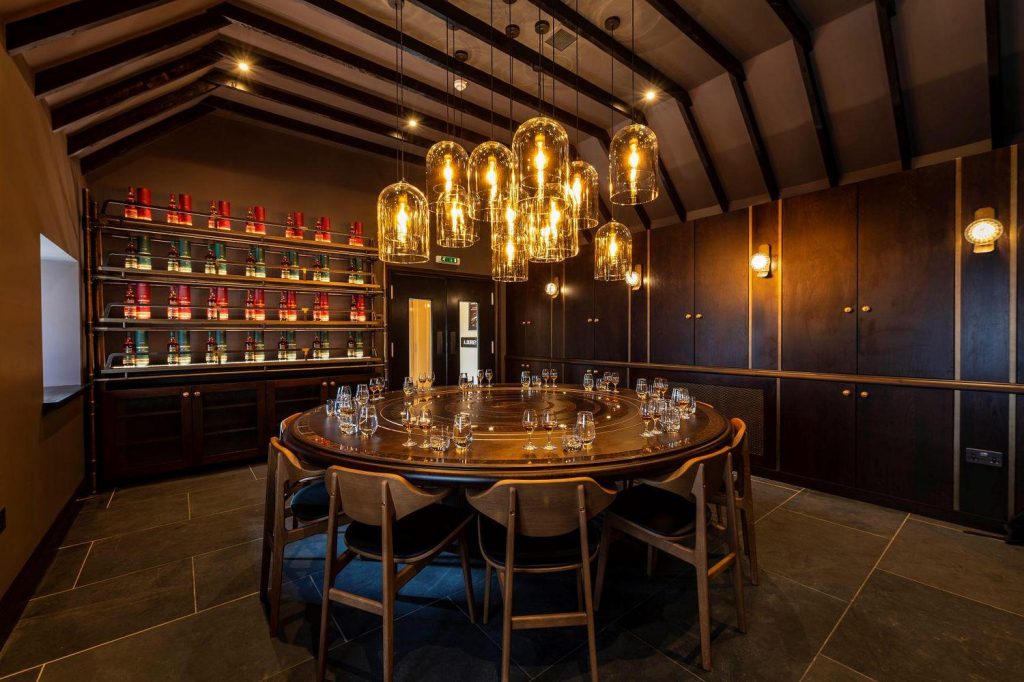 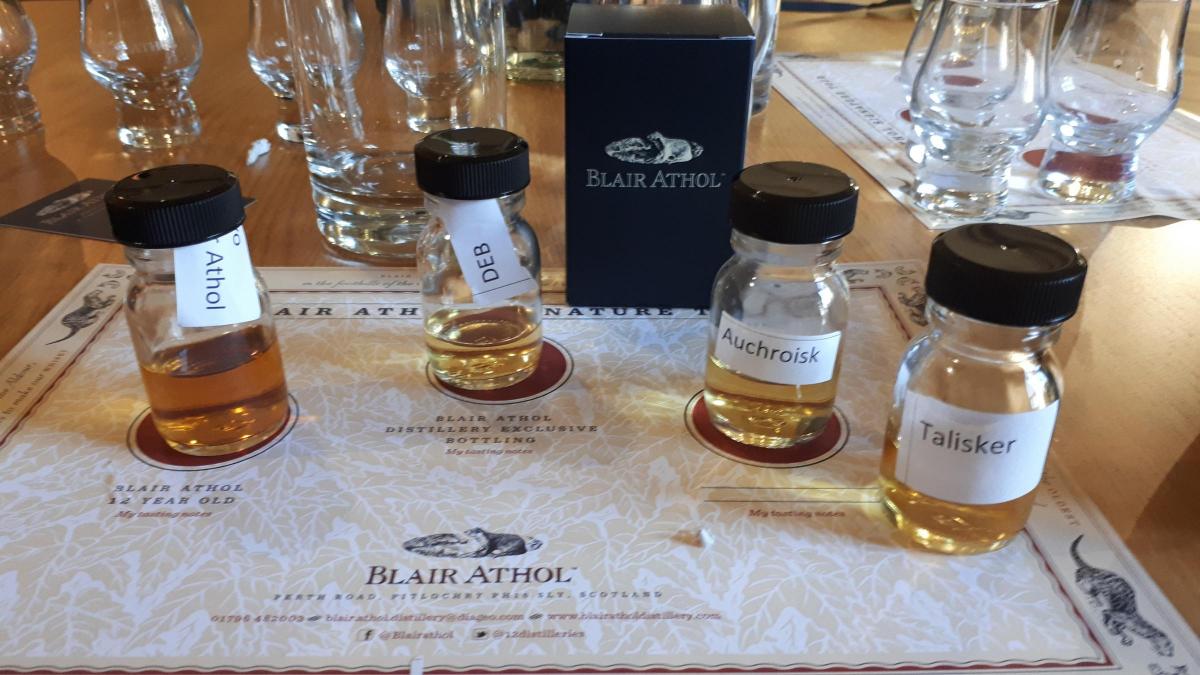 STANDING at the top of the Bealach na Ba, struggling to control a feeling of vertigo as you look down that crazy roller-coaster of a road on the drive from Applecross.

The mind-blowing grandeur of Glen Coe, as you stand beneath those giant mountains and feel so very small.

The view up the Royal Mile at Festival time – that mass of people, noise and colour, against a backdrop of the castle.

There are some places to see in Scotland that are special. The ‘must-see’ jewels that should be on the wish list of every tourist and local alike – the ones that actually surpass expectations and leave a lasting impression once you’ve seen them.

And for lovers of whisky, there are more than a few of these places too – the distilleries whose images take pride of place on websites and in magazines and which inhabit the dreams of fans around the world.

The lonely trio clinging on to the rocks of Islay’s southern shore, their white walls standing as stark protection against the sea – Ardbeg, Lagavulin, Laphroaig.

The architectural masterpiece that is Macallan, just outside the village of Craigellachie on Speyside – only a couple of years old, but already a global icon.

And the old walls of the Blair Athol distillery in Pitlochry, so consumed by ivy it’s as if the stems and not the stone are keeping the place upright.

I’ve been to Islay, and to Macallan – and both more than lived up to my imagination. But while I’ve driven past Blair Athol so many times I’ve lost count, I’ve never actually been able to go and visit.

The Scotch whisky industry is worth upwards of £5 billion to the UK economy and millions of tourists flock to distillery visitor centres every year, eager to touch base with one of the most popular drinks in the world. In recent years, the industry has enjoyed record growth – and all the signs were that 2020 would be another bumper season.

But then Covid struck, the country went into lockdown, and visitor centres closed their doors.

However, since last month, when restrictions began to ease and Scottish tourism began to get back to work, the industry has slowly been welcoming visitors.

The owner of Blair Athol, drinks giant Diageo, is in the middle of its own rolling programme of reopening. It began with the Pitlochry distillery in the last week of July and will go on throughout summer and well into the autumn.

At this time of year, a place like Blair Athol would normally see hundreds of visitors every day, with tour parties of 20 or more being guided past the giant mash tuns – where ground malted barley, or grist, is mixed with hot water to extract the sugars that will give life to the whisky – and given a peek inside the washbacks – where this sugary broth, or wort, is mixed with yeast and left to ferment to create a strong ‘beer’ ready for distillation.

Dozens more would normally just drop in to buy a bottle in the shop, or to enjoy a drink at the Mash Tun – a whisky tasting bar that’s open to the public.

But ‘normal’ was the last word on our minds as my dad and I drove through the depths of Perthshire on our way to Pitlochry.

We’d had to book our slot, as drop-ins are no longer allowed, and been given the usual spiel about precautions, social distancing, sanitiser and the like, but I’d heard it all so often by now that it barely registered. It’s become like the safety briefing on a holiday flight (remember those?) before take off.

I’ve been to a lot of distilleries before, and normally I love the atmosphere, the peaceful way these places – in reality some of Scotland’s busiest industrial sites – go about their business, but I didn’t know what to expect this time round. Would the experience be ruined, like a trip to the shops or a pint down the pub?

We’d been told to bring our obligatory mask – and warned that our temperatures would be taken.

So as we walked up to the door and announced ourselves, I steeled myself for some military-style regime of control and discipline.

“Hello, come in! The tour is about to start. Can I ask you to put your wrist up to the censor so we can check your temperature?”

That was it … a little box on the wall not much bigger than a light switch. I held up my wrist as instructed and waited.

My dad followed and as the tape across the entrance was pulled back we proceeded to put on our masks.

And what turned out to be one of the best tours I’ve ever been on had begun.

Yes, there was sanitiser everywhere, and we’d been asked to maintain our distance and keep to the one-way system, but far from being a hindrance, these quiet measures seemed to fit in with the feel of the place, and did nothing to detract from the tour.

There were only four of us on the tour, and the usually busy public areas were deserted, so it felt as if we’d been given secret, after-hours access to the distillery.

It was as if we had the place to ourselves and Karen, our guide, was our accomplice as we sneaked from room to room, past the mash tuns and the washbacks, and into the still room. We stopped here as Karen explained the distilling process and, despite the insane heat of production, we stayed a little while extra to chat and take pictures. This personal touch was a real and unexpected treat.

We carried on like this right through the tour – Karen passing on her prodigious knowledge, us chatting and stopping to admire the beauty of the distillery. No crowds, no rush.

The final pleasure was when we were led into the Mash Tun bar to sample the whisky. It was like an exclusive tasting normally only reserved for the big-rollers and high-payers. I was driving, so after a quick sniff of each dram – Blair Athol 12-year-old, Blair Athol Distillery Exclusive, Auchroisk 10-year-old, and Talisker Storm, in case you’re interested – I decanted them into the little sample bottles provided and saved them for later.

Dad, on the other hand, loved every second of this private display, and after chatting a while more to our fellow guests and Karen – “stay as long as you like,” she reassured us – we nipped off to take more photos and visit the distillery shop.

The shop was the only place where masks were needed, but it didn’t stop us marvelling at the goodies on offer, and chatting some more to the staff who seemed to be relishing this newfound ability to escape from the timetable.

Dad bought a bottle, of course – Talisker Storm – and as we said our goodbyes and took a few more pictures, I vowed to be back in more normal times.

But then again, maybe I won’t wait until then and instead book another secret visit when it feels as if we have the place to ourselves.

Maybe this new normal has something going for it after all.