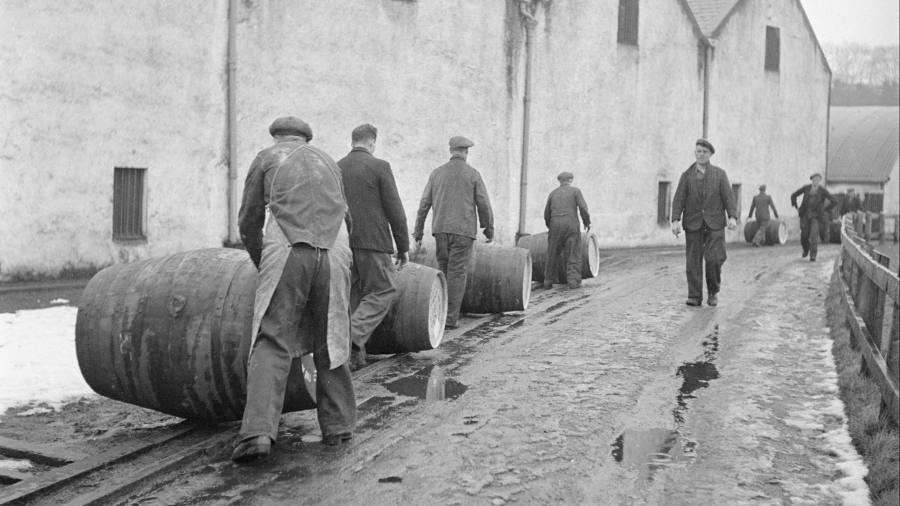 When a bottle of Yamazaki 55-year-old whiskey sold for a record $ 795,000 at auction in Hong Kong in August, it was evidence of two things. The whiskey matured in Japanese oak barrels, which can add notes of vanilla, honey and flowers, as well as a touch of burning incense, is a collector’s item. They also don’t make it anymore.

The rising prices of top Japanese whiskeys highlight one of the biggest problems facing any liquor manufacturer: if it underestimates future demand for a product, it will only bottle and sell for decades in the future, it cannot come back and increase supply. Many wish they had more of their precious liquor to offer, but it’s too late now.

You might think distillers would be grateful to anyone who solved this mystery, but not the Scotch Whiskey Association. This week’s response to Bespoken Spirits, a Silicon Valley company that can make spirits in days rather than decades, has been brusque. It threatened to “take action around the world” to prevent Bespoken from circumventing the rule that scotch must mature in oak barrels for at least three years.

Scotch single malt distilleries like Macallan and Glenlivet should pour themselves a drama and relax. When Bespoken promises to repeat the aging in oak barrels with a “designed, constructed and precisely controlled” process in a stainless steel drum, it will not make the heart sing. The best whiskeys are made slowly, inefficiently, and archaically, and that’s fine.

In one experiment, fans of Coca-Cola and Pepsi lay in an MRI scanner to have their brains watched while drinking soda, both with and without knowledge of the brand. Not only did they enjoy their favorite brand more than they were told they were drinking, but their brains reacted differently too. Knowing it was the reality literally made Coke taste better.

The psychological impact is even stronger when a whiskey with an outstanding heritage is drunk – in the case of Suntory’s Yamazaki 55, which was matured in 1960 Mizunara oak and white oak barrels from 1964, the year of the first Tokyo Olympics. As the study found, “many levels of social, cognitive, and cultural influences combine to create behavioral preferences for eating and drinking” – not just their overt flavors.

The way whiskey ages goes a long way towards making it attractive and how satisfying it is to drink. That’s why advertisements for Jack Daniel’s whiskey recognize the 154-year-old distillery in Lynchburg, Tennessee, just as a Yamazaki whiskey connoisseur will enjoy the history of his distillery near Osaka in his single malts. Steel drums and chemistry lack that old romance.

Stu Aaron, co-founder of Bespoken Spirits, states that whiskey aging methods are “trial and error, non-repeatable, and worst of all, slow.” Indeed they are. Oak sticks are roasted in dry heat or charred with flames to trigger reactions when the barrels are filled with liquor and left to mature on storage shelves. Every few years some are moved from one rack to another.

What goes inside the barrels is mysterious: two that are filled with the same spirit at the same time may taste different. But compounds called esters and aldehydes gradually leach from the wood and form in the barrel to give the whiskey its signature notes – from sweet and fruity to smoky. The latter is characteristic of the Mizunara oak, which is itself rare and valued.

Bespoken is part of a group of rapid aging pioneers, including Lost Spirits and Cleveland Whiskey, who use technology to achieve a similar result much faster and cheaper. In Bespoken’s case, between 300 and 600 tiny wood chips, some charred and roasted, are placed in a 1,000 liter drum and the liquor is heated to add flavor.

That won’t be ousting Yamazaki anytime soon (although one of Bespoken’s three-day-old whiskeys was ranked higher than an 18-year-old Kurayoshi malt in a San Francisco liquor competition in March). “Whiskey Tech” has other uses, such as laboratory-grown diamonds, which are chemically identical to deeply mined gemstones but have no mystique.

Although Bespoken makes spirits under its own brand, its real business is behind the scenes, offering “maturation as a service” to others. Are you a distillery with a product that does not taste as hoped despite years of barrels? It can be tweaked in days. Are you a supermarket that wants to offer a white label whiskey on the shelves alongside well-known brands? It can be produced efficiently.

It is a large industry, and the aging of spirits already hides a multitude of sins. Despite the amazing prices paid for top Japanese whiskeys, national regulations are lax and some of the cheap products are made from molasses. There is a market for every stiff drink that is affordable and enjoyable.

But you get what you pay for, and those who buy decade-old whiskey aged in sherry or bourbon casks buy – and taste – more than chemicals in dark liquor. They consume the scent of the past and something indescribable that they do not even understand but still appreciate. Technology doesn’t taste like that.

Read the original article on DE24News