Scott Wright: Is Scotch whisky in a new golden age?

Scott Wright: Is Scotch whisky in a new golden age? 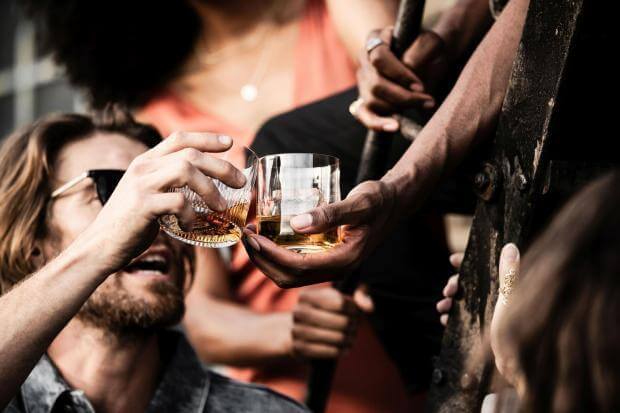 ARE we living in a new golden age for Scotch whisky?

It might seem like a bold statement to make as the world remains mired in a heart-breaking and economically challenging pandemic. But there is certainly plenty of evidence to support those who contend that the fortunes look good for Scotland’s national drink.

Nearly two years after stills fell silent around Scotland as the first nationwide lockdown was imposed in the UK, distillers appear to be increasingly bullish about the future prospects for one of Scotland’s most important industries.

“Reflecting on what has happened over the last 12 months, the enthusiasm for single malt or Scotch whisky in general has never been higher,” remarked industry veteran Billy Walker, owner of the GlenAllachie Distillery, when he spoke to The Herald recently.

“There is no question [that] this is a pretty purple time for the Scotch whisky industry, and single malt in particular. We are living in one of the great periods for Scotch whisky now.”

The optimism conveyed by Mr Walker partly has its roots in the particular way consumers and the industry have responded to the circumstances brought by the pandemic. While the world was in lockdown for extended periods, distillers found success by appealing to drinkers online, and in many cases began selling directly to consumers, bypassing shops, bars and wholesalers. This helped offset some of the revenue that had been lost because of the prolonged closure of the hospitality trade and travel retail outlets.

Now restrictions are easing around the world, including in key whisky markets such as the US, sales are recovering again in the hospitality and travel retail sectors, with a return to pre-pandemic levels now within reach. Indeed, many companies will already have regained the ground that was lost to restrictions in the last two years, and will now be motoring ahead.

The confidence coursing through the industry is reflected in the steps distillers of varying sizes are taking to ensure they can meet demand in the years to come by investing heavily to expand their production capacities.

Thomas Moradpour, chief executive of The Glenmorangie Company, which is part of the Paris-based LVMH luxury goods business, told The Herald in late January that it would invest “tens of millions of pounds” per year to ensure it meets demand for its malts in the decades to come.

That was followed shortly after by, at the other end of the size scale, news of major expansion plans at family-owned Kilchoman Distillery on Islay. Kilchoman, one of nine distilleries on Islay, announced last week that it had secured a funding deal worth £22.5 million from Barclays which it will use to raise its production capacity, by 40 per cent to 625,000 litres per year, and build further warehousing to house casks for maturation. It will also look to increase its presence in its key overseas markets of France, Germany, the US and China.

The investment comes as Kilchoman looks to build on a position of strength. Even though routes to market in the on-trade and duty free stores have been blocked for much of the last two years, distillers such as Kilchoman (which probably sells more in specialist whisky shops than it does in pubs and hotels) have found success by selling whisky online and direct to consumers during the pandemic. This has been especially true for producers of higher-end spirits, which have benefited from drinkers treating themselves to bottles of fine single malt Scotch whisky during lockdowns with cash they might otherwise have spent on going out or on holiday.

“We have experienced considerable growth in the last four to five years,” Anthony Wills, co-founder of Kilchoman, told The Herald last week. “[It] means we have had to [increase] operating production to keep up with demand.”

He added: “In whisky… you have to look ahead.”

The rude health that the industry appears to be in was underlined by Diageo, Scotland’s biggest whisky producer, when it reported its interim results a few days ago.

The drinks giant hailed the performance of its flagship Johnnie Walker blend and its wider Scotch portfolio as whisky sales increased by 27% during the six months ended December 31. That helped drive a 22.5 per cent rise in operating profit to £2.7 billion, ahead of forecasts, with the company highlighting the continuing recovery of the bar, restaurant, hotel and nightclub sector, as well as the resilience of the off-trade.

It would certainly be no surprise if Diageo’s great rival, Pernod Ricard, owner of Chivas Brothers, reports similar trends when it unveils its half-year results tomorrow, given the direction of travel it has also been on in recent months.

What seems particularly impressive is that Scotch whisky has recovered from the impact of the pandemic despite serious problems across global supply chains.

The industry for months now has had to contend with shortages of dry goods such as cardboard and glass, as well as shipping delays because of a global shortage of containers that has arisen in the aftermath of the pandemic. Distillers such as Diageo acknowledge the difficulties these factors pose and expect them to persist for a good few months to come. Diageo’s chief executive Ivan Menezes declared recently that the firm’s ability to grow volumes amid such circumstances has been an “extraordinary job”.

However, supply-chain bottlenecks are not the only immediate challenge. Surging inflation, driven by soaring energy costs, could also dent the confidence of consumers who suddenly find themselves with a little less discretionary cash to spend. Inflation will also be having a major effect on the cost base of distillers.

Moreover, now that restrictions have eased in sectors such as hospitality and travel, spending on whisky could in theory be cut by consumers who now have more choice when it comes to their leisure time.

It is the nature of the whisky industry, however, to plan for the long term. Seasoned distillers and industry watchers know full well that whisky can be a cyclical business, with history showing that there have been difficult times of over-supply.

Broadly speaking, though, the indications are that the long-term prospects are good, and in that respect it is reassuring to see so many distillers busy ensuring that they will be equipped to meet demand for their spirits in the decades to come.