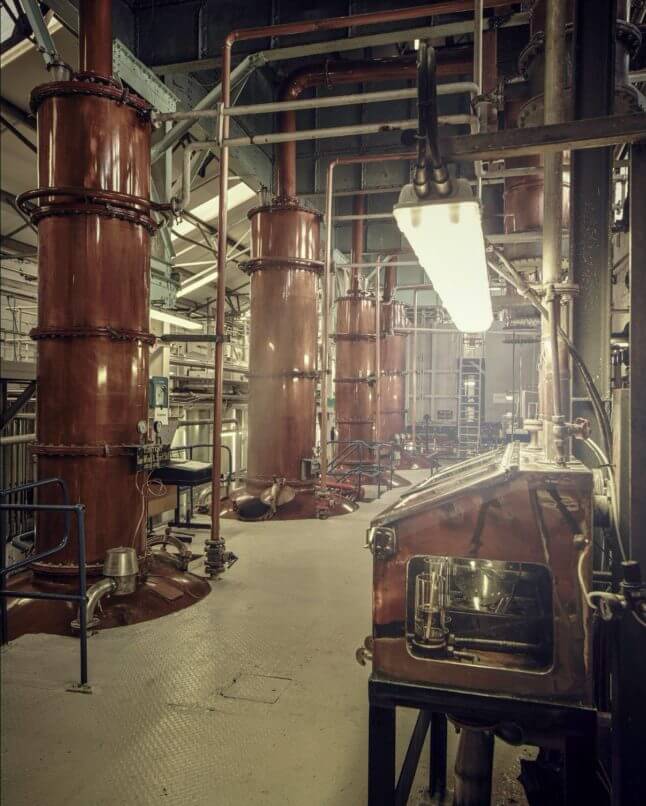 Most single malt drinkers can tell their Ardbeg from their Tomatin, but Loch Lomond might be a brand that trips them up.

It’s one of the oldest Scotch whisky names that remains relatively unknown in the local market (unless you’re a fan of the “Tintin” comic series, where it’s the drink of choice for Captain Archibald Haddock), but the Highland distillery is planning to change that with an official debut in Singapore next month.

The ignorance could be attributed to Loch Lomond‘s mixed fortunes over the years. The original distillery was founded in 1814 in Arrochar, closed three years later, then revived by new owners at a different location in 1964. It shut down again in 1984, reopened in 1987, and changed hands in 2014

At its current site in Alexandria, the distillery maintains a type of still that is somewhat of an oddity in the Scotch whisky industry. Most Scottish distillers use pot stills with slender, swan-like necks, but Loch Lomond’s version has a thick, straight column, much like an elongated light bulb. They say this lets them to produce a lighter, fruitier spirit and affords greater control over the whisky’s signature profile of fruit, honey and soft smoke.

Today, Loch Lomond forms part of the Loch Lomond Group together with Scotch whisky brands Glen Scotia and Littlemill. While the whiskies have been previously sold through local wholesalers, the group is now working with an official distributor.

“We are excited to kick 2022 off with this milestone announcement that we are launching all three of our malts brands in Singapore cementing our dedication to the Asian market,” said Bill White, group operations director at Loch Lomond Group.

Three expressions of the Campbeltown-based Glen Scotia will be available here – the 12, 15 and 18 Years Old – which have a distinctly maritime style. For Littlemill, it remains out of reach to all but the most money whisky drinkers. Established in 1772, the Highland distillery does not produce any more spirits since its closure in 1994. It was destroyed by fire in 2004.

Whatever remains of Littlemill is sold as highly exclusive editions, such as the Testament. Distilled in 1976 and bottled last year, the 45-year-old single malt is rich and oily, with a floral, zesty nose and ripe palate of tropical fruits, brown sugar and creamy vanilla. The finish is long and full, evoking notes of more fruits and warm spices. Priced at £8,000 (S$14,580) per bottle with two 18th-century Georgian glassware, only 250 examples are available worldwide.

“The phrase ‘Liquid gold’ is overstated, but this what that we have here,” said Loch Lomond Group Brand Ambassador Chris Chambers.

Loch Lomond and Glen Scotia whiskies will be available at Wines & Spirits starting from March 2022.

Littlemill Testament will be auctioned at Liquid Gold Auctioneers from 1 March 2022, with all proceeds going to The Food Bank Singapore.