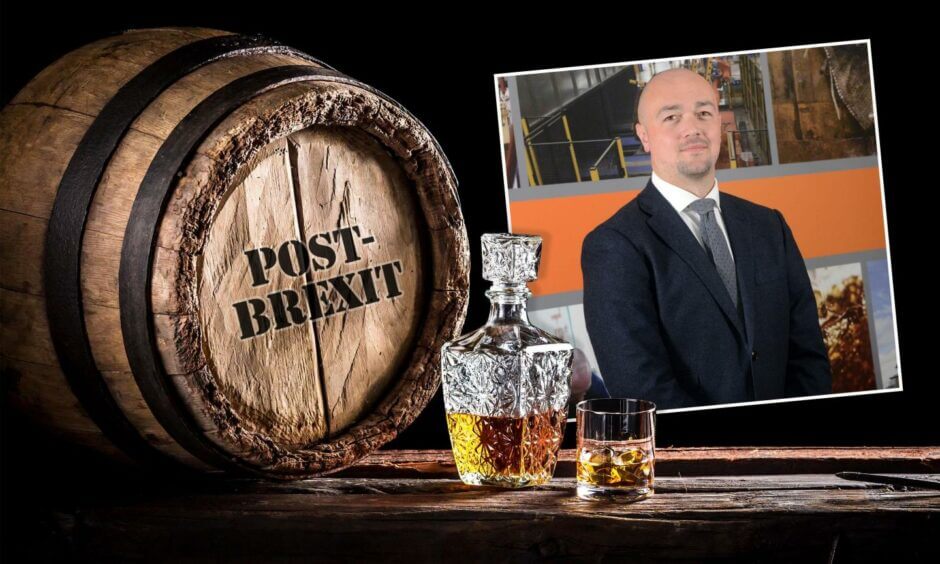 Bottles getting to Japan quicker than France, orders being refused at the Italian border and fewer German tourists buying in bulk on their holidays – the year since Brexit has been one like no other for the whisky industry.

Known the world over, there are few products more synonymous with Scotland.

But 2021 has been a challenging year for the industry since the UK left the European Union single market and customs union.

Although the UK had initially expected to leave the EU on March 29 2019, this was extended and the UK officially left and entered into a transition period on January 31 2020.

The period ended at 11pm on December last 31 year, and since then producers have been hit by a sometimes bewildering set of new rules.

One of the biggest problems has been shipping and getting whisky through customs to sell internationally.

Prior to Brexit, around a third of the UK’s whisky exports – £1.3 billion – was to the EU, according to the HMRC Overseas Trade Statistics.

But now each individual European country has its own shipping and customs regulations for the Scottish distillers to contend with.

John Laurie, managing director of Glenturret Distillery in Crieff, said: “Shipping has become an issue – we got pallets to Japan quicker than we got them to France.

“They were sitting in warehouses until everyone could understand the logistics.

“We got goods refused several times in Italy and we ended up having to speak to the Italian Consulate to find out what they wanted.

“It was a learning process which took many months of failed deliveries.

“Shipping companies are struggling to cope with the demand of opening up into all the individual markets rather than one block market.

“Brexit has not made things easier for us.

“We have found working with the EU for exporting goods to be much harder than it was before.

“If we can’t get our whisky to France, there are other spirit companies happy to take up that shelf space, which has a commercial impact on our business.”

Things are improving for the industry, with exports increasing by 7% in 2021 – but this is still significantly down on its export levels for 2019 before Brexit and the coronavirus pandemic.

As well as dealing with difficulties in shipping, each EU country can now ask for different things to be printed on labels and for different paperwork to get goods through customs.

Graeme Littlejohn, director of strategy and communications at the Scotch Whisky Association, said: “We have been trading with the EU for the last 40 years and now we have all this different paperwork and different customs officials which delay things.

“This has been flagged to us on a case-by-case basis and it has been raised with the European Commission and the UK Government to get it resolved.

Mr Laurie added: “Before it was just the EU we needed to comply with, but now every market is free to pick and choose what they want on the label, which means we are having to produce different labels for different markets.

“The Netherlands for example want us to say United Kingdom on labels, not GB or Scotland or anything else like that.

“Whisky is sitting in warehouses waiting on all these documents.

Although trading internationally is a huge part of day-to-day business for the whisky industry, it also relies heavily on tourism.

In 2019 for example, a record 2.16 million people visited distilleries in Scotland.

Tourism was almost completely ruined in 2021 because of the coronavirus pandemic – but Brexit has also took a toll.

Iain Allan, brand ambassador at Glen Moray Distillery in Elgin, said: “Before people could come in and buy as much as they wanted to take back to Europe.

“We used to get a lot of whisky fans and collectors’ clubs coming from Europe, particularly Germany, and filling up their car as they went from distillery to distillery.

“But now there is a restriction of two litres per customer – this effect is yet to be properly realised because of the reduced tourism caused by Covid.”

Similarly, the European hospitality industry has been ordering less because of restrictions imposed by the pandemic, and the lack of global travel means not as many bottles are flying off the shelves in airports.

Glenturret Distillery also says it will stop selling direct-to-customers in France in 2022 because different demands from HMRC means it is no longer worth it.

Although whisky is made in Scotland, much of the industry’s supply chain comes from the EU, such as dry goods, glass and cardboard packaging.

Although less than 10% of Scottish distilleries use packaging and glass from the EU, almost all use corks from Portugal in their barrels.

Glenturret also uses glass from France and cardboard from The Netherlands.

Mr Laurie said: “When Brexit first started we didn’t have a problem with queues at Dover or getting stock across the border.

“But when we launched our ’21 range we needed to buy more corks from Portugal and have phytosanitary certificates on everything we imported, which we never used to have to do before.

“It was the same with France where we get our glass bottles from, and we were under severe pressure to get cardboard this year too.”

But just what could have made 2021 easier for the whisky industry?

The Scotch Whisky Association thinks more time would have been the answer.

Mr Littlejohn said: “We’ve done a significant amount of planning from the time the Brexit vote happened in 2016 right through to the end of the transition period.

“It has been a lot of work to get companies to prepare as much as possible with the Scottish Government and the UK Government.

“We called for more lead-in time to prepare and more time to get certainty around trading, customs and shipments.

“There are things the UK Government can do to mitigate the challenges that still exist, particularly in looking to global markets.”

Mr Laurie added: “We would have loved some more communication and guidance from the government in a timely fashion.

“But we went to the 11th hour, so they didn’t even know themselves.

“I attended everything I could to prepare the business, but there was no concrete guidance, even in early December last year.

“Had they concluded negotiations earlier, they could have given businesses a period to get ready and then we would have been successful in navigating through Brexit.

“Businesses wanted to be successful, but we didn’t get any information to hand.”

The UK Government says being outside of the EU single market does still offer new opportunities to industries like Scottish whisky.

They add they have managed to secure a good trade deal with Australia, as well as protected status for whisky in its trade deals with Japan, Norway, Iceland and Liechtenstein.

A spokesman for the government said: “We’ve always been clear that being outside the single market and the customs union would mean changes for businesses trading with the EU, but as an independent trading nation businesses can seize new opportunities as we strike trade deals around the world.

“In June, we agreed a deal to resolve the 17-year Airbus-Boeing dispute, suspending retaliatory tariffs levied on goods including Scotch whisky.

“Our newly signed trade deal with Australia removes tariffs of up to 5% on all UK exports, including whisky, and next year we’re aiming to join the £9 trillion Indo-Pacific free trade area which will create huge new markets for food and drink producers.”

They added the government has taken action to ensure businesses are able to get the support they need to help them after Brexit, including setting up export support services and phasing-in import controls throughout 2022.