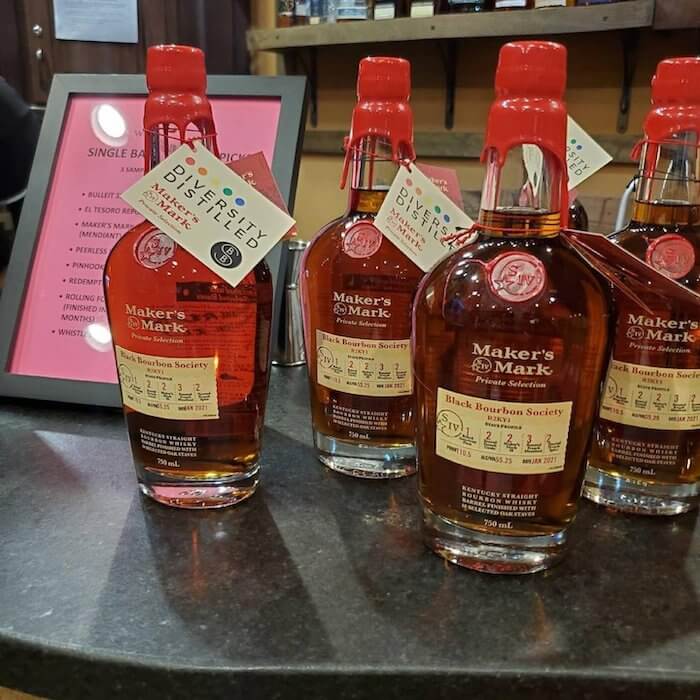 A new bill in the Kentucky state legislature seeks to legalize private barrel selections at distilleries. This could have nationwide implications, as private barrels (or store picks) have been a sizable boost in the bourbon economy in recent years.

“Bourbon is more than a cultural icon. It is a proven economic powerhouse for our Commonwealth,” McCoy wrote in a recent editorial. “Even in the midst of a global pandemic, tourists are visiting the Bourbon Trail, consumers are buying special releases, and distilleries are investing in their facilities. The provisions of this measure will help sustain the growth and introduce an additional draw for distilleries.”

He said the bill he introduced would establish a legal framework for the popular private barrel selection programs that distilleries have offered for years.

But why now? The Kentucky Department of Alcoholic Beverage Control recently defined the private barrel programs as needing “specific guidance” in Kentucky law.

Kentucky’s ABC Board gave whiskey makers a grace period on enforcing the limitations to the private barrel operations of liquor wholesalers and retailers; with the hope that new legislation can better define the nature of private barrel programs.

McCoy said the new bill would allow distilleries to sell exclusive bottles at their gift shops, a privilege already allowed to Kentucky breweries and wineries as well as distilleries in other states and countries.

Along with that, he said the bill would allow distilleries to open a satellite tasting room at another Kentucky location, potentially bringing investment, jobs and bourbon tourism opportunities to downtowns and communities across Kentucky.

Currently, Kentucky wineries and breweries can have unlimited satellite experiences.

“This bill is the next step in our efforts to remove the barriers that the bourbon industry faces,” McCoy said. “We’re leveling the playing field and giving consumers and tourists what they want – a unique bourbon experience that they can’t get anywhere else in the world. It will also create jobs and generate investment without costing taxpayers a single penny.”

Proponents of this new bill reference a previous state senate bill passed in 2016 that allows cocktail sales at distilleries.

The new bill, if passed, would require retailers and wholesalers to purchase private barrel selection bottles through the three-tier system (of distribution). Consumers and non-profit groups would have the option to purchase private barrel selections directly from distillery gift shops, have them shipped home or sent to an out-of-state retailer through the three-tier system.

McCoy said the impetus behind the bill was the fact that Kentucky consumers were having to spend more and wait longer because of unnecessary regulatory burdens, especially when wholesalers and retailers don’t carry craft brands in every state.

The situation is further exacerbated by the fact that exclusive bottles and satellite tasting rooms are privileges already given to Kentucky breweries and wineries.

“Other states like California are already doing these things, and the three-tier system is alive and well,” McCoy said.

The other states with craft distilleries, of which there are several, have similar gray areas within liquor laws in regards to private barrel selections with restrictions on sampling and sales. And they could be looking at what Kentucky does with this bill.

Kentucky’s state lawmakers are now in session, scheduled to run through mid-April. If passed, House Bill 500 could be signed by the state’s governor and the legislation would take effect immediately, allowing no disruption to private barrel sales.

Below is the full text of House Bill 500, which you can find at the Kentucky state legislature’s website, www.legislature.ky.gov.