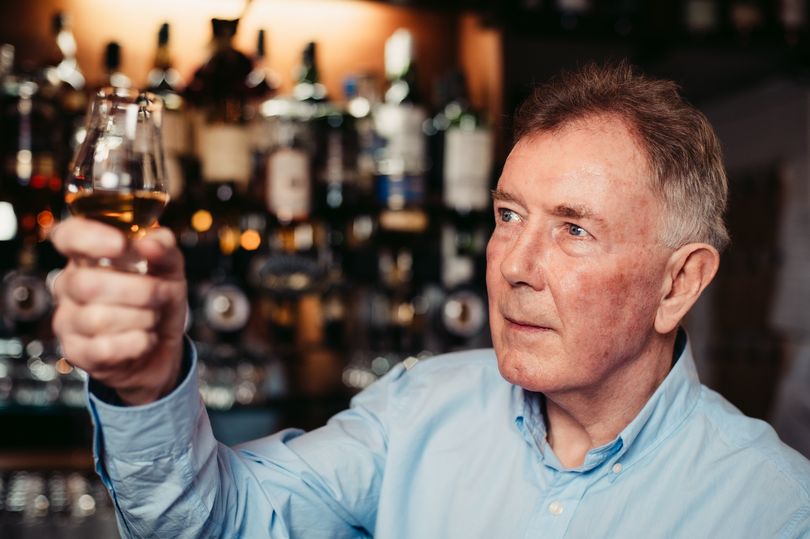 One of the most famous names in the Scotch whisky industry is set to release a new range of bottles from his very own collection of his finest creations.

Master Distiller Jim Mcewan, who headed up the revival of the iconic Islay distillery, Bruichladdich, is releasing the final casks from his own private collection, built up during more than 50 year’s service to the industry.

Bottled by Scottish independent bottlers, Dramfool, the Jim McEwan Signature Collection is described as the ultimate tribute to a “career-long quest to produce the perfect dram”.

Containing iconic Islay malts drawn from casks distilled under McEwan’s watch at Bruichladdich, the collection will be made available this month, with part of the inaugural release to be auctioned by Whisky Auctioneer from 11-15 March 2021.

Beginning his career as an apprentice cooper, before going on to become a blender and then master distiller, Jim is considered to be one of the most important figures in Scotch Whisky today.

The vastly experienced distiller also played a key role in the Scottish gin movement, with the creation of the Botanist, the now-famous Islay craft gin

Any Islay whisky lover’s dream, Jim’s Signature Collection will be made up of nine releases – each containing a single cask of the Bruichladdich, Port Charlotte and Octomore expressions.

The first edition bottlings to go under the hammer next week have been entirely matured in first-fill wine casks from the finest French Châteaux – inspired by Jim’s use of alternative casks that would become a cornerstone of Bruichladdich’s legacy and style.

The first release includes an especially exciting Octomore expression – one of the oldest ever released at 13 years old and entirely matured in a Sauternes barrique, one of Octomore’s rarest wood styles.

Any whisky fan wanting to register to take part in the Jim McEwan Signature Collection auction can visit www.whiskyauctioneer.com.

Speaking about his incredible collection, Jim said: “It’s wonderful to see this collection of my final casks bottled and ready to be enjoyed.

“From starting in the whisky industry aged 15, I can see no better way to mark the ending of a career than to release my own personal collection.

“As my last casks come to market and I look back on 58 years of making whisky, it still excites me to see what is happening.

“Single Malt whisky is the blood of Scotland and it’s our job to look after it, cherish it, and do a good job with it. It’s so important to our country as a whole, but particularly to the island of Islay that I call home.

“I’m very excited to unveil these casks with Dramfool, and in partnership with Whisky Auctioneer I am sure they will be enjoyed across all corners of the globe.”

From monstrous Islay smoke bombs to zesty, floral malts, Jim explained that each bottle is unique in style and flavour, yet similarly shaped by the Island’s wild, coastal elements.

Each expression in the Collection has also been bottled at natural cask strength and is natural in colour, as well as being non-chill filtered.

Joe Wilson, Head of Auction Content at Whisky Auctioneer, added: “The Jim McEwan Signature Collection embodies a true industry icon’s passion for the liquid he has spent most of his life creating, as well as the Island he calls home. It’s a pleasure to bring the first edition bottles to our online auction in partnership with Dramfool.

“These are the final casks to be selected by Jim during his time at Bruichladdich and the whiskies he has personally deemed to be amongst his finest creations. We’re sure Islay whisky lovers around the world will be incredibly excited to learn about the collection’s release, and to try these whiskies for themselves.

Joe added that in addition to having the chance of being among the first to try the new liquid, Bruichladdich fans will also have the opportunity to bid on an exclusive private tasting experience during the auction, which will be hosted by Jim McEwan himself.

100% of the proceeds raised from this experience will be donated to Scotland’s Charity Air Ambulance, a charity chosen personally by Jim which provides life saving support to the Islay community.

Jim McEwan began what would be a long and legendary career in the whisky industry at the age of 15 in 1963 as an apprentice cooper at Bowmore distillery, where he trained and refined his malt mastery for 38 years. He then helped reawaken Bruichladdich distillery in 2001, where he was Master Distiller for 15 years before retiring in 2015. McEwan was recently tempted back from retirement to help revive Ardnahoe Distillery on Islay.