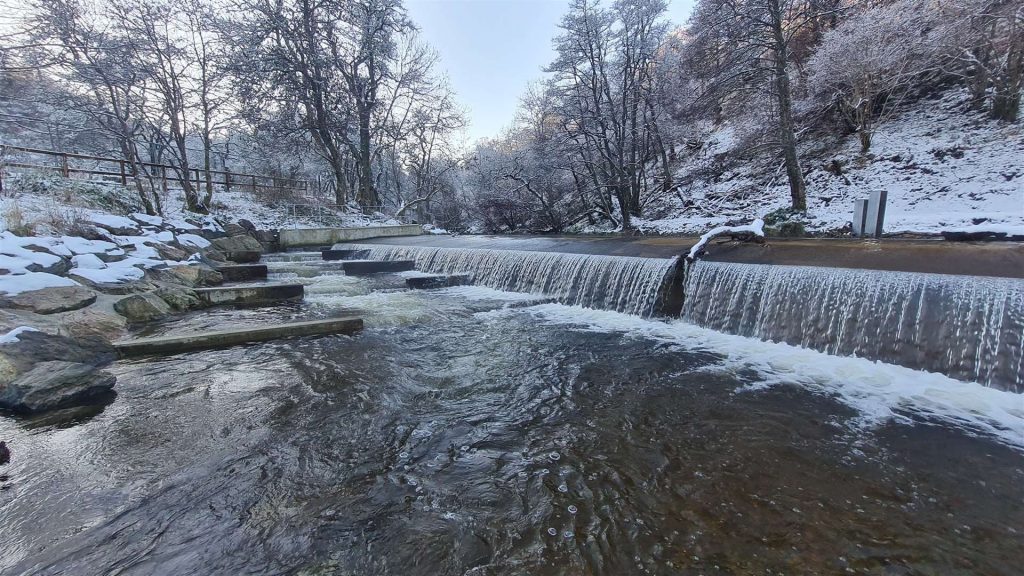 Diageo and the Spey Fishery Board collaborated on the construction of the weir on the river Dullan, part of the river Spey catchment, which is crucial to the Scotch whisky industry.

The project, which has taken three and a half years to design and construct, replaces a damaged weir. It is hoped the new weir will improve upstream biodiversity and increase the opportunity for spawning trout and salmon in the river.

Brian Shaw, senior biologist at Spey Fishery Board, said: “The Spey Fishery Board was delighted to be able to work with Diageo, and their team, to bring about this inspiring renovation of the weir and fish pass. We like it. More importantly, so do the fish. The number of spawning redds counted above the weir last autumn was the highest we have recorded.

“The fish pass allows a range of species to migrate upstream, and downstream, including eels and represents the ‘gold standard’ for fish passage in the catchment. We look forward to the Dullan water fulfilling its potential to become one of the most productive rivers in the Spey catchment.”

It is hoped the newly-constructed weir will bring environmental benefits to the whole Spey water catchment area, which is home to 11 Diageo single malt distilleries.

The company’s Mortlach Distillery and Dufftown Distillery currently use water from the river Dullan for cooling in the distilling process.

Lee Oliver, environment manager at Diageo, said: “The design of the new fish pass is a vast improvement on the old, damaged weir at Dufftown and takes into account free passage for all fish species as well as different flow conditions.

“We have worked closely with the Spey Fishery Board to develop a weir system that will benefit all river users and in turn the local community. I am delighted to see the project complete and look forward to monitoring the results on fish populations over the next few years.”

A similar, smaller-scale project has also been completed on the Burn of Linkwood at Linkwood Distillery in Elgin, in the neighbouring river Lossie catchment.

In addition to the work in Speyside, Diageo plans to develop its programme of fish pass improvements at its Glen Ord distillery near Inverness later this year.