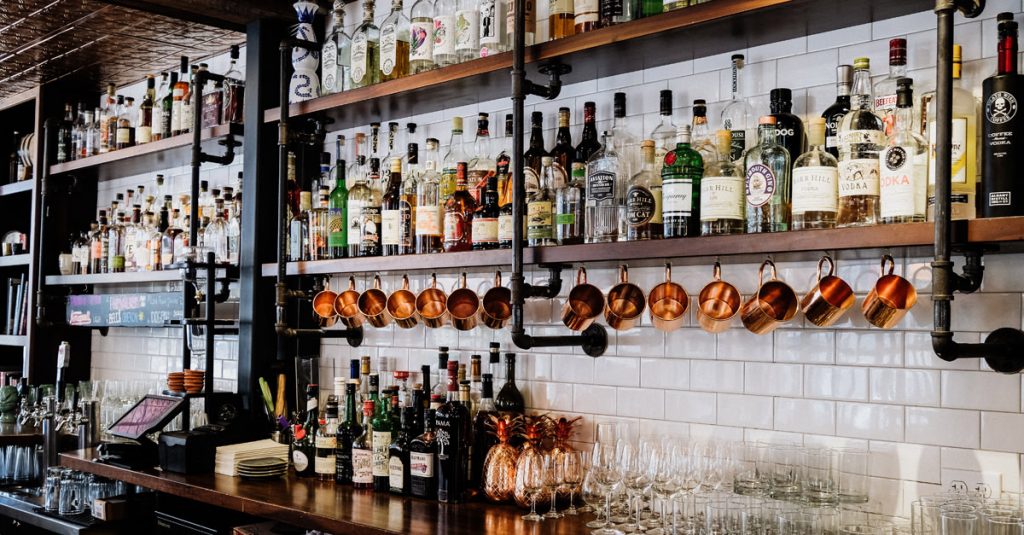 Specialist Noah May considers the upswing in the market, key distinctions in style and taste, and what collectors look for

1. The market has really picked up in recent years — why is this?

In recent years the market for whisky has grown significantly. Some collectors have realised that whisky prices are on an upward trajectory and that it might offer returns as an investment, rather than simply being a fascinating drink.

Interest in the West and in focused markets in Asia has been growing steadily, but it is only relatively recently that collectors around the world have started to engage with the category at the highest level. This has really helped the market to evolve and grow. 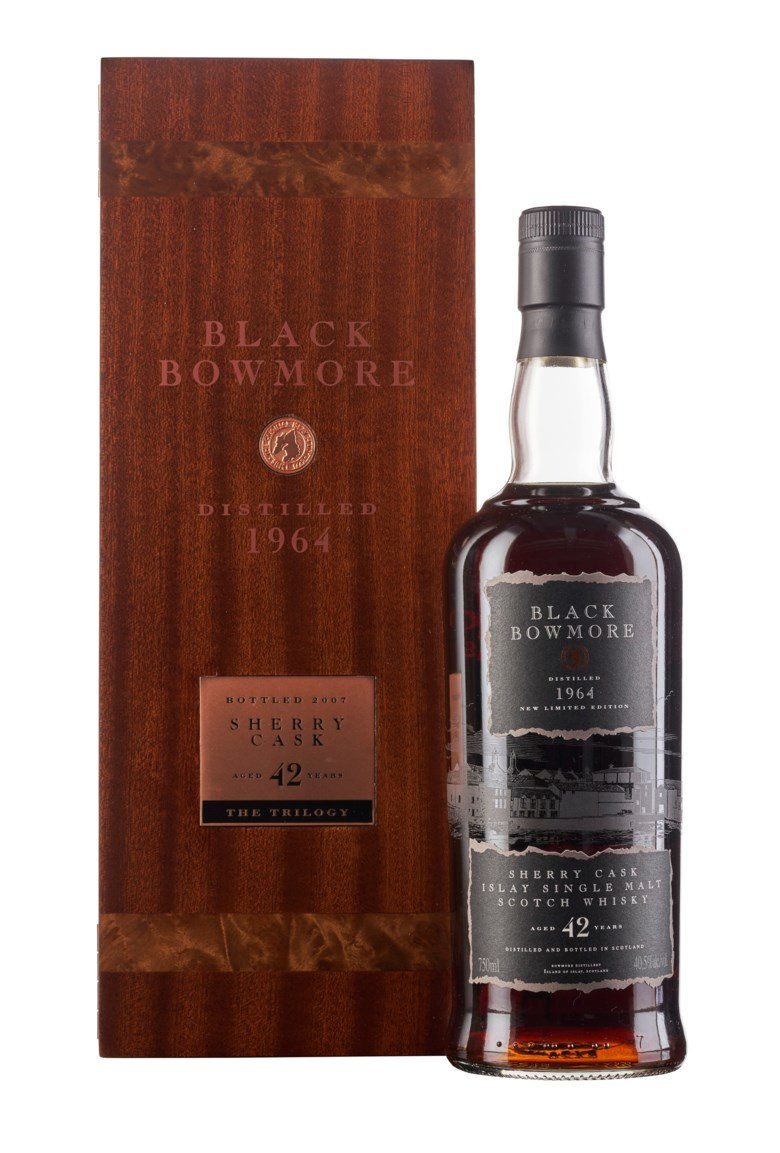 2. What are the stylistic distinctions between Scottish and American whiskies?

One of the joys of collecting Scotch whisky is the range of styles that exist within the category. The single malts of Scotland run the gamut from potent, oily, peat smoke-scented Islay malts through to light, grassy, fragrant lowland whiskies, with endless styles in-between.

American whiskies are typically softer and sweeter, whether they come in the form of Bourbon or the spicier Rye whiskies we are now sometimes seeing at auction.

Different styles of whisky come, in part, from different grains. Single Malt Scotch whisky is distilled from malted barley, whereas Bourbon is distilled from a grain that’s predominantly corn-based, and Rye whiskey from one that’s mainly rye.

Stylistically, American whiskey is less varied, but the idiosyncrasy and nuance of particular distilleries is still what draws collectors’ interest. 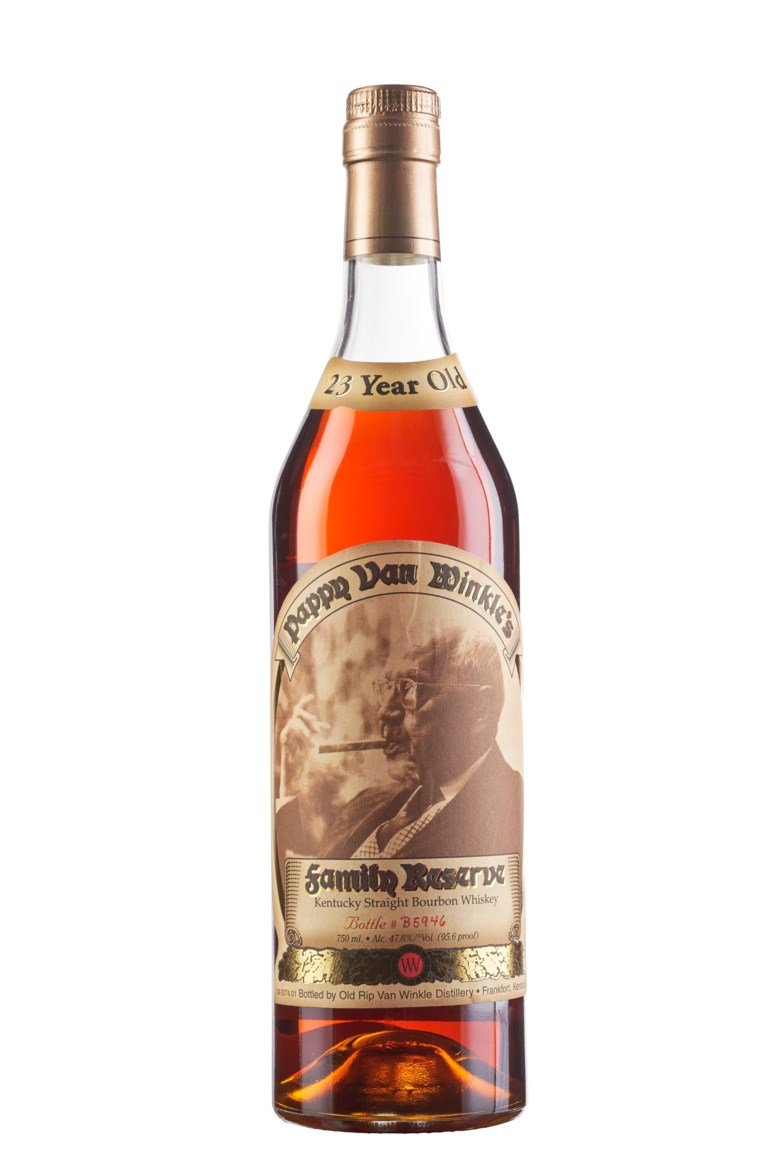 3. What do collectors go for, and why?

The collecting habits of whisky enthusiasts are multifarious and complex, so it’s hard to refine them into a set of clear rules.

Collectors of whisky generally have particular distilleries they favour. If a collector has, say, a specific interest in Ardbeg, then Ardbeg in all its many forms may appeal.

Collectors like to compare styles of whisky that were produced in different decades, to see how distillation and ageing techniques evolve. It is as the eccentricities of a distillery’s style become familiar that a collector develops the strongest connection with the whisky.

Similarly, many distilleries experiment with ageing their whiskies in different casks to influence the flavour profile. If a distillery releases an atypical whisky that’s clearly distinct from their house style, these releases often become sought after.

Whisky from ‘silent stills’, or distilleries that are no longer in operation, can also be attractive to collectors. Some of these silent stills, such as Burnside or Dalaruan,closed long ago and it is extremely difficult to find examples of the whisky today. Others like Port Ellen, which closed in the 1980s, can be regularly found at auction.

Before closing, some silent stills sold large quantities of their stock to independent bottlers. These bottlers still release stock, so collectors can acquire these bottles from distilleries with cult followings when they come up for sale at auction or through direct offerings. 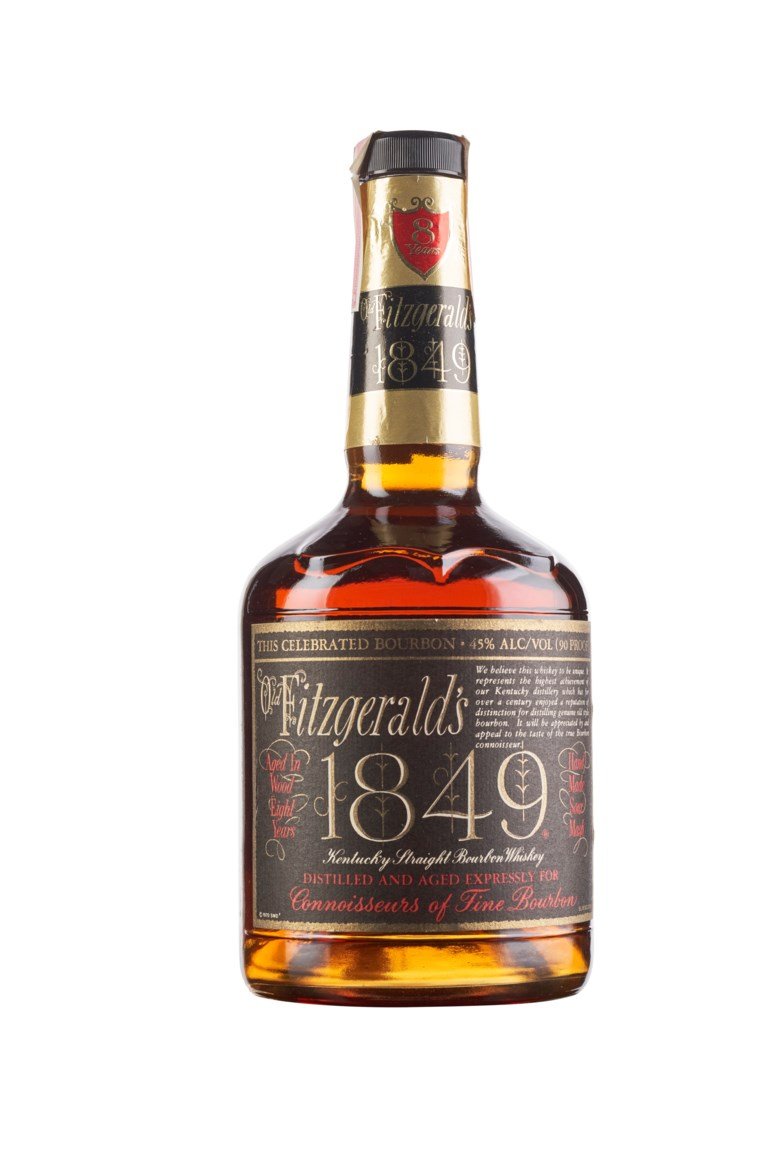 The main focus for collectors of American whiskey is older examples of famous distilleries, and in particular ‘Pre-Prohibition’ whiskies that were distilled before the commencement of Prohibition. These bottles, some of which were hidden and others bottled after repeal, carry large premiums in today’s market.

4. Which distilleries or brands have seen the biggest price rises in recent years?

The Macallan has always been a collector’s favourite, as there are many examples of older bottlings which carry significant value and which have seen prices increase steadily over the last decade. Macallan also releases the highly prized Fine and Rare series of library stock from notable years like 1926, 1938 and 1946. 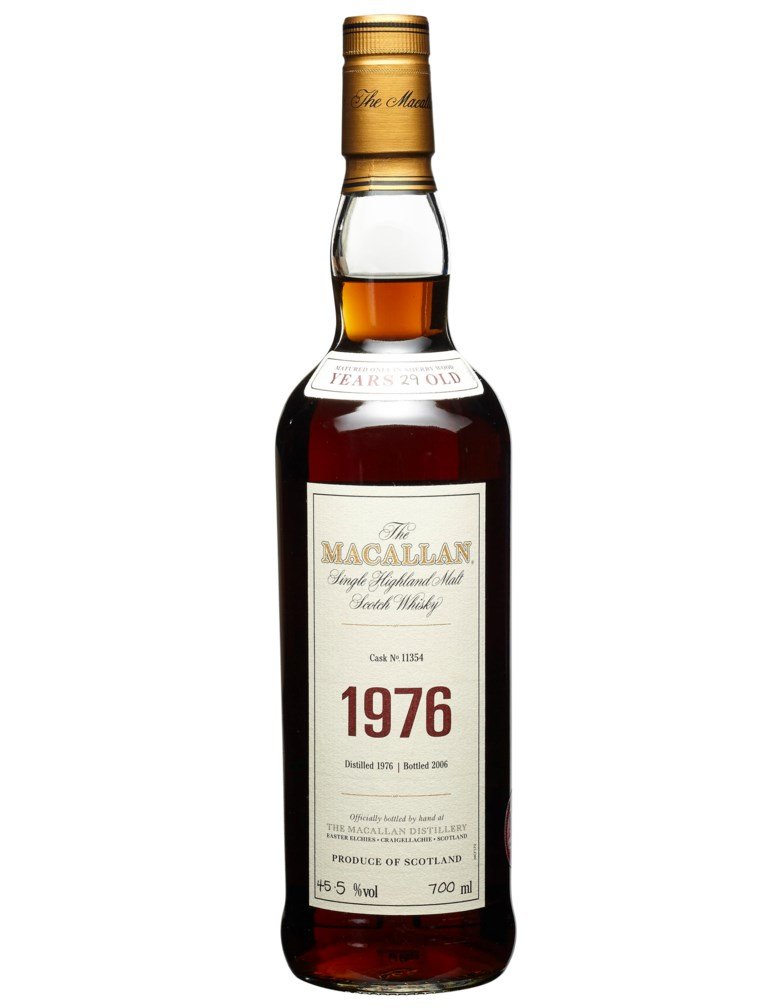 In recent years older bottles of the famous Islay malts — Ardbeg, Laphroaig and Caol Ila — have also seen price increases. Distilleries that have reserves of very old whisky, and are able to bring them to market, have seen prices for their older bottles go up.

5. What should a new collector be on the lookout for, and take care to avoid?

In the first instance, I would urge new collectors to gravitate towards styles of whisky they enjoy or which they are intrigued by. One of the greatest things about the category is the variety of styles there are. Acquaint yourself with the main regions and their particular characters, and then look towards outliers and find out what makes these distilleries different.

Another great characteristic of whisky is that you can buy perfect examples of many styles or whisky regions for relatively low price points, so a collection can develop without having to invest a huge amount of funds. New collectors should be mindful of where they are buying from — as with all categories, provenance is key.

6. Are whiskies easy to store?

Compared to wine, whisky is extremely easy to store — it’s not vulnerable to changes in temperature (within reason), meaning a cool, dark cupboard can be the beginnings of a ‘whisky room’.

Spirits do not really evolve in the bottle in the way that wine does. Whisky takes some of its final flavour and aroma profile from the raw ingredients and the distillation process, and most of its character from the interaction between the pure (new make) spirit and the casks that it is aged in.

Once the product is bottled, it remains in an essentially unchanged state until it is opened and enjoyed, and as such, bottles are reliably consistent.

7. How long are collectors tending to keep bottles in their collections, and why?

The length of time collectors keep bottles in their collection varies from collection to collection. We have worked with some whisky enthusiasts who have assembled collections over decades, and who have attempted to hold on to every bottle in order to create a ‘museum’ of sorts. 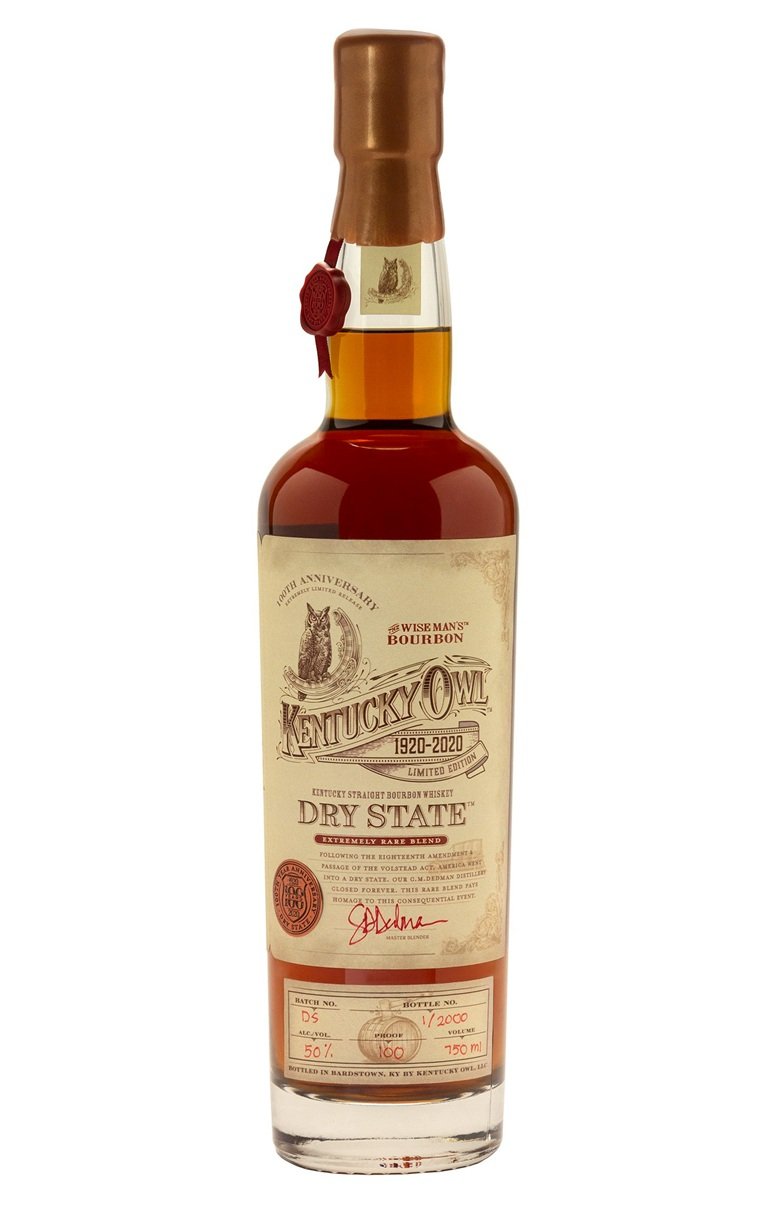 That said, many collectors buy bottles and then trade them soon after buying. The market is primed for many different styles of collecting.

Christie’s is proud to offer many whisk(e)y lots in our auctions. Whether they originate from Scotland, Japan, Ireland or Kentucky, all are from illustrious and decorated distillers with excellent provenance.

Read the original article on Christie's