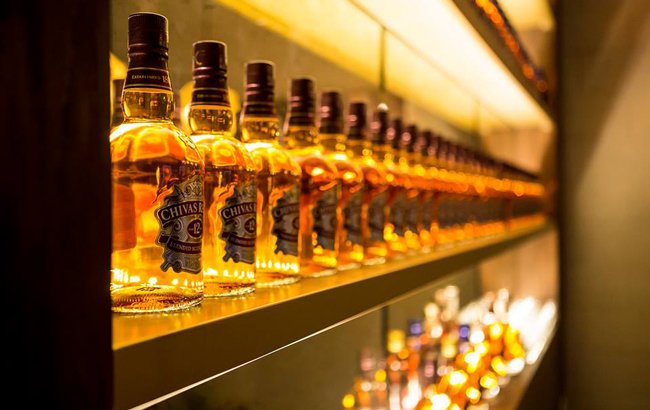 In December 2020, members of Scotland’s largest union, Unite, voted by 91% to refuse a pay freeze in a consultative ballot after a ‘breakdown in pay talks’.

Unite confirmed that its members who work at Chivas Brothers in Scotland will now be balloted for strike action. The ballot opens today (19 April) and will close 10 May.

‘Slap in the face’

Unite said that other drinks firm have given larger pay awards, including Glenfiddich owner William Grant & Sons (2.3%) and The Macallan maker Edrington (2.2%).

Elaine Dougall, Unite regional coordinating officer, said: “Unite’s members at Chivas Brothers have reached the end of the line following months of discussions which have barely moved us forward an inch.

“It would take the company around £300,000 to award the workforce a 1% pay award, incidentally the same figure which the company’s French workforce received.

“Other players in the industry are also offering significant pay rises in Scotland, whereas Chivas Brothers are offering practically nothing, despite the workers having continued to boost the profits of the company during the pandemic.

“It’s a slap in the face to a dedicated workforce which is why we are holding an industrial action ballot.

“We fully expect a mandate from the workforce with industrial action likely to take place from the middle of May unless the company get back to properly valuing their workforce.”

Unite noted that Chivas Brothers posted accounts at Companies House which showed a £486 million (US$675m) profit after tax in 2019. In full-year 2020, Chivas Brothers’ organic sales declined by 11% due to the pandemic.

Chivas Brothers said it had offered “alternative ways” to reward its workers, including pay increases for the next two years, which were rejected.

Chivas Brothers chairman and CEO, Jean-Christophe Coutures, said: “We deeply value the hard work and commitment of our teams during this crisis, and we are proud that we have been able to navigate these unprecedented times while maintaining 100% of jobs and salaries.

“Like many others, the Covid-19 crisis has negatively impacted our business – and the wider Scotch whisky industry. We are the most affected business in Pernod Ricard and the export value of the Scotch whisky sector fell £1.1 billion last year, its lowest level since 2010.

“In order to protect our long-term resilience while the crisis is ongoing, we took the difficult decision to implement a salary freeze across the entire business for the past financial year – however we have been in constructive discussions with our unions for many months to find alternative ways to reward our teams, and we believe our proposals recognise their continued hard work and dedication.

“We are extremely disappointed that our latest offers – which have included guaranteed pay increases in 2021 and 2022 – have been rejected.”