Changing Tastes: A Look At The Ever-Evolving Whisky Industry

Changing Tastes: A Look At The Ever-Evolving Whisky Industry 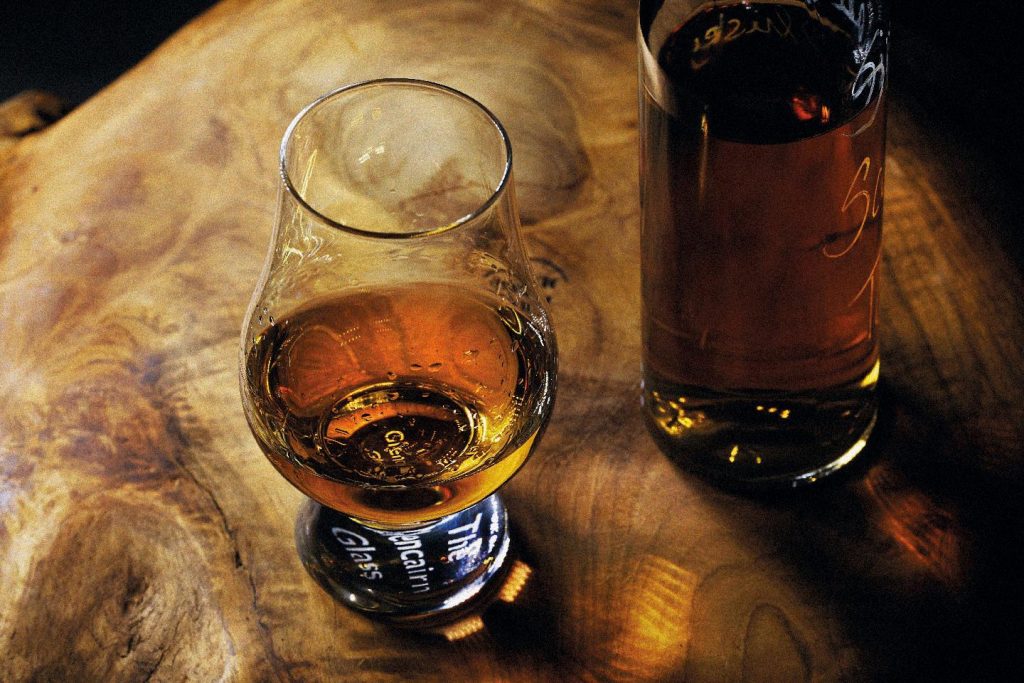 Whisky continues to be in high demand among discerning sippers all over the world. But how will local trends adapt in an ever-evolving whisky industry?

Scotch, Irish, Japanese, Indian. Whatever the form, one thing is evident: Singapore has a distinct appreciation for whisky. Back in December last year, the lion city saw the return of Whisky Journey, a tasting trail that featured over 1,000 whiskies from 20 distilleries, taking place over 10 days. Undoubtedly, it was a welcome break from the doom and gloom cast by the pandemic crisis. 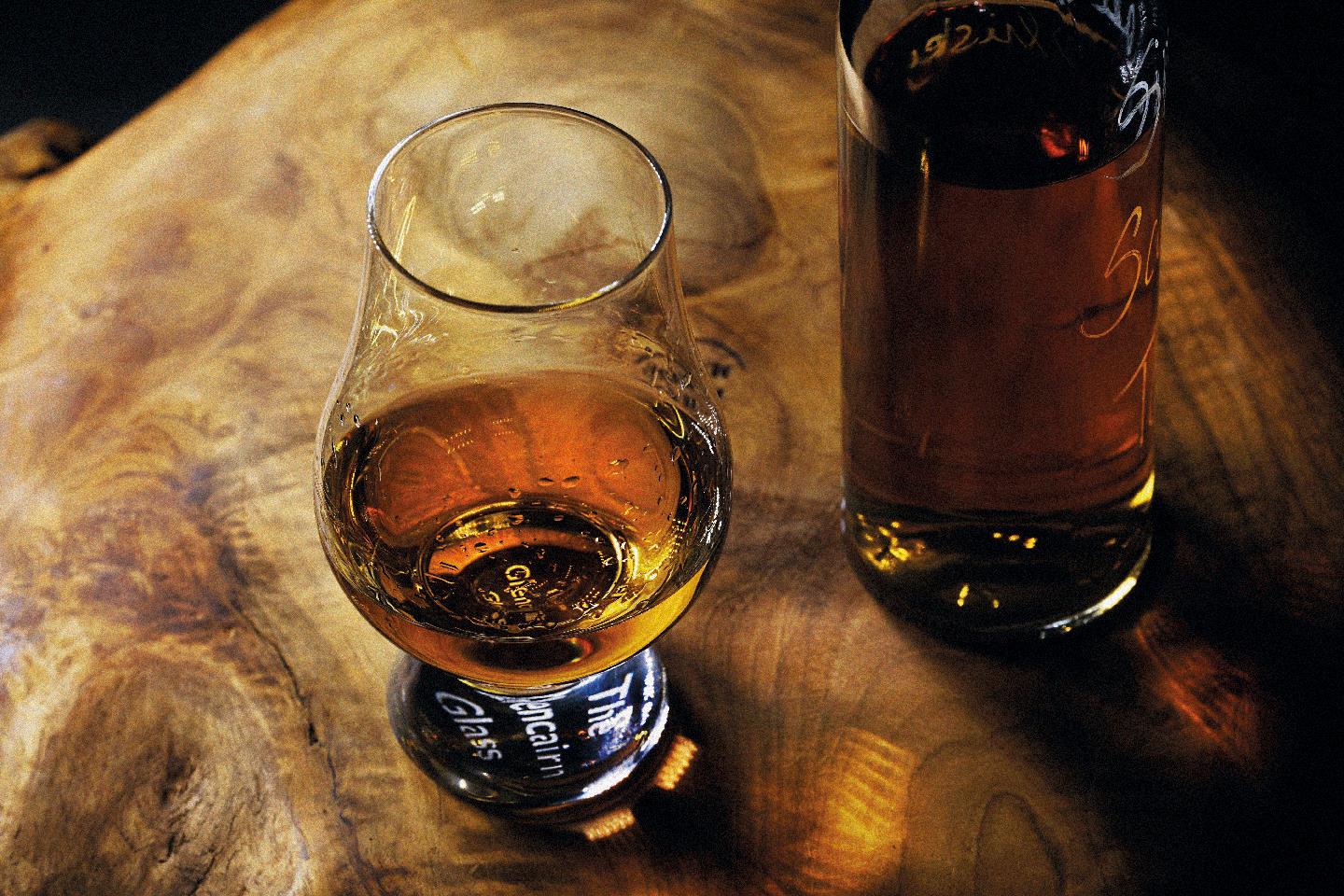 As we move into 2021, things are once again poised to change. As the whisky industry continues to adapt to the global surge in demand, revamping or expanding core collections becomes increasingly common observations among distilleries. Such tactics have a pronounced effect on the market, often catalysing a shift in perspectives and attitudes towards a centuries-old spirit.

In a conversation with Chua Khoon Hui, organiser of Whiskey Journey and founder of The Whisky Store, we discovered just how much and how well local mindsets have adjusted over the years.

Q: ONE OF THE MORE SIGNIFICANT DEVELOPMENTS IN THE INDUSTRY IS LARGER CONGLOMERATES (E.G. DIAGEO) ABSORBING MORE DISTILLERIES AND DIVERSIFYING THEIR PORTFOLIO. WHAT IS YOUR TAKE ON THIS, WITH REGARD TO HOW IT AFFECTS THE CONSUMER?

A: The larger conglomerates in the industry have the financial capability to diversify their portfolios very quickly. They also have the marketing power to promote new distilleries quickly. This is great for improving whisky education and accessibility but can also be a challenge when independent or boutique distilleries have to compete pricewise with these other brands. Consumers will definitely gain from the wide variety of options in the market right now, as well as accessibility, but they should also keep an open mind when comparing bottles purely by price.

DO YOU SEE CONSUMERS HERE MAKING MUCH OF A DISTINCTION BETWEEN INDEPENDENT DISTILLERIES AND THOSE MANAGED BY CONGLOMERATES?

A common misconception is that the bigger brands have “smoother” whiskies. In actuality, to attain a higher yield per cask, the bigger brands usually choose to bottle at 43% ABV and below, while boutique distilleries often bottle at 46% ABV and above. So, the difference isn’t necessarily the smoothness of the whisky, but the lower ABV.

HOW HAS THE LOCAL PERSPECTIVE ON SINGLE MALT SCOTCH WHISKIES EVOLVED SINCE THE EARLY 2000S, WHICH WAS THE TIME THAT DEMAND FOR WHISKY BEGAN TO RISE?

In the early 2000s, the local whisky scene was dominated by a few major brands. When we first started The Whisky Store back in 2005, most of our customers asked for whiskies from the bigger brands, and some even doubted the quality and authenticity of boutique whisky brands. Today, we find that customers are a lot more educated about the range of brands available, beyond just the bigger distilleries in the market. Consumer tastes are also more diversified, and most customers understand the concept of smoky or sherried whiskies. 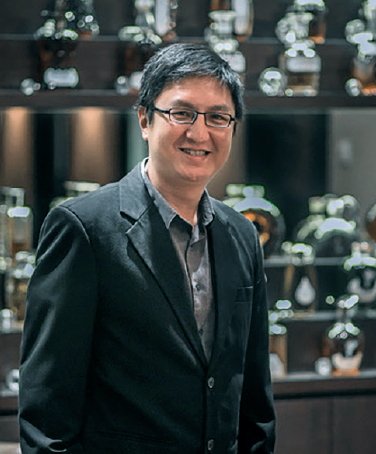 By now, we are all familiar with the tale of Hibiki 17. When news broke of its discontinuation in September 2018 (due to rabid consumption following its multiple gold awards), punters were quick to get their mitts on as many bottles as they could find. Resale prices surged, with present rates averaging S$950 for a basic 700-millilitre bottling. Quite ludicrous, especially when one considers that this meant that a Japanese blended whisky was commanding an asking price that was on par with a 30-year-old single malt Scotch. Nevertheless, this was proof of the market and the lengths it was willing to go to procure whatever it deemed rare or valuable. More importantly, it showed just how much impact “hype” could have on consumer behaviour.

HOW WOULD YOU CONTRAST THE DEMAND FOR JAPANESE WHISKY AGAINST THAT OF SINGLE MALT SCOTCH?

To meet this high demand, some brands of Japanese whisky are now being produced in Scotland, so I would caution consumers against blindly purchasing Japanese whiskies purely for the trend factor. The assumption that Scotch is more expensive than its Japanese counterpart is no longer accurate. Today, there are Japanese whiskies that are priced higher compared to Scotch. For example, a bottle of Yamazaki that comes with an age statement can easily be double the price or more, compared to a bottle of single malt Scotch of the same age.

AS MORE NO-AGE-STATEMENT (NAS) EXPRESSIONS FIND THEIR WAY INTO CORE COLLECTIONS, HOW HAS THE LOCAL RESPONSE BEEN? ARE AGE STATEMENTS STILL AN INDICATOR OF QUALITY?

While age definitely makes a difference to the taste of the whisky, it does not necessarily mean that older whiskies always taste better. NAS expressions have been gaining popularity in recent years as demand was outstripping supply. As distilleries try to keep up with demand, younger whiskies are bottled and sold. That said, the mindset that older whiskies are better is definitely still prevalent. This is similar to the idea that whiskies bottled by bigger conglomerates, which are often seen in airports and hotels, are better.

AS A DISTRIBUTOR, WHAT HAVE YOU NOTICED ABOUT THE BUYING HABITS OF LOCAL CONSUMERS?

We noticed that consumers who are frequent travellers are likely to be more adventurous when choosing their whiskies. Younger consumers tend to stick to whiskies that they have tried before or brands that enjoy more market visibility.

In the whisky industry, distilleries have evolved from being merely a production site to become full-fledged brands and as such, they each command their own following. Each brand carries a distinctive signature profile: The Macallan is known for its sherry-casked expressions, while Lagavulin and Ardbeg make some of the best peated whiskies available. Whisky, the premium spirit that is, goes hand in hand with brand consciousness. But with taste being so subjective, connoisseurs are well-aware of how unfeasible it is to rely solely on branding for a well-rounded experience. If there is one thing that whisky lovers know, it is the value of occasionally taking the road less travelled.

IS THERE A GENERAL WILLINGNESS TO EXPLORE BEYOND THE CONVENTIONAL BRANDS?

Consumers in Singapore are generally more adventurous and are very willing to explore beyond the conventional, more prestigious brands. We do see a lot of interest in boutique distilleries at our bars. That said, The Macallan has done exceptionally well in terms of branding. Without them, the world of single malt whiskies would not have been as established as it is today. Consequently, the prices for The Macallan aged whiskies have skyrocketed. Although The Macallan’s and Tomintoul’s distilleries are located in the same region, the 40-year-old Tomintoul mentioned earlier is being sold at a fraction of the price of a similarly aged expression from The Macallan.

Independent labels offer consumers a different option beyond the regular, larger brands. Bigger distilleries are often restricted by branding and are unable to produce too many different styles of whiskies. Independent distilleries, on the other hand, face no such restrictions and have the freedom to highlight the different qualities of the various casks they offer. Price is another factor why consumers find independent brands appealing. Independent bottlers such as Cadenhead (Scotland’s oldest independent bottler), do not spend much money on marketing or packaging, allowing them to keep their costs low to benefit consumers.

It is not uncommon to still be able to purchase older whiskies at considerably low prices from them. Independent bottlers may also have a different ageing process and are hence able to offer consumers a different experience. For example, Duncan Taylor finishes all their whiskies in small sherried casks called Octaves. These unique finishes offer consumers a different taste and also makes buying a cask more accessible as these Octaves are of relatively smaller size.

SINGAPORE HAS ITS FAIR SHARE OF ULTRA-AGED EXPRESSIONS GOING FOR EYE-WATERING PRICES, WHICH MORE OFTEN ENDS UP APPEALING TO BUYERS WHO COLLECT RATHER THAN CONSUME. WHAT SORT OF IMPACT DO YOU THINK THIS PRACTICE HAS ON THE MARKET?

We believe that whiskies are meant to be enjoyed rather than collected. Previously, 90 per cent of the finest bottles were consumed and prices for the remaining 10 per cent increased significantly. Many of these whiskies now fetch a high price as there are only a few bottles left in the market.

Today, we observe an opposite trend where 90 per cent of the whiskies purchased are being collected. In such situations, prices for these whiskies may only increase if demand increases since there is a considerable supply.

At Quaich Bar, we often encourage our customers to open their bottles to drink – even when it comes to the ultra-aged or exclusive expressions. Sometimes, we even open these bottles to sell by the glass at launch prices as we do not want to sell full bottles to customers who purchase them for the sole purpose of collecting.

Trends, like personal taste, travel down an ever-winding path. No one could have foreseen the success single malt Scotch would enjoy, considering how blended whisky was the industry norm during the time of its introduction. Since then, we have seen many twists and turns. From the Whisky Loch of the 1980s to the current ongoing reopening of iconic distilleries Brora and Port Ellen, we could well be witnessing the beginning of a whisky renaissance. Looking homeward, there are signs of the same.

HAVING SUCCESSFULLY ORGANISED WHISKY JOURNEY 2020, COULD YOU SHARE INTERESTING OBSERVATIONS FROM THE PUBLIC’S RESPONSE TO THE EVENT?

Whisky Journey was planned for May 2020 with an exhibition-style concept to cultivate whisky appreciation and exploration. Due to the COVID-19 pandemic, the original concept had to be adjusted. Despite the challenges, we are glad to witness the enthusiasm of guests during the event.

Many were thrilled to be able to taste a wide variety of whiskies from distilleries around the world. Over the 10 days, each distillery and bar worked together to delight guests with exciting experiences, like new tasting menus and whisky pairings. We also had each distillery representative train their partner bar staff to guide their guests in their whisky tastings and offer recommendations on how to best enjoy each expression. Guests were also provided with insights into the heritage of each whisky.

During the event, many guests expressed surprise at the opportunity to taste 25-year-old whiskies for as low as S$12. We were able to offer such prices because of the special trade agreements with the bars. Whisky collectors were particularly taken with the five limited-edition Whisky Journey cask bottlings, which were available for purchase at a special price.

Overall, we received positive reviews and feedback from our guests. We were also pleased to hear that our participating partners are seeing more new customers appreciating and discovering lesser-known brands.

WHAT WOULD YOU LIKE TO SEE MORE OF IN THE LOCAL WHISKY ECOSYSTEM?

As the local scene matures and evolves, I hope interest towards whiskies will continue to grow with more selections being offered in the market. In the coming years as consumers become increasingly discerning, I hope they will be much more adventurous in trying unfamiliar brands and expressions.

WHAT DO YOU THINK WILL BE THE NEXT BIG THING, GLOBALLY AND LOCALLY SEEN FROM THE WHISKY INDUSTRY?

We expect pre-2000s single malt whiskies to remain limited and sought-after as whisky production was reduced in the 1980s following the closure of many distilleries. Post-2000s, many new distilleries sprung up along with an increased supply. Therefore, we can expect to see fewer NAS expressions in the market now that production has caught up with demand. However, whiskies that are 25-years and older will remain limited.