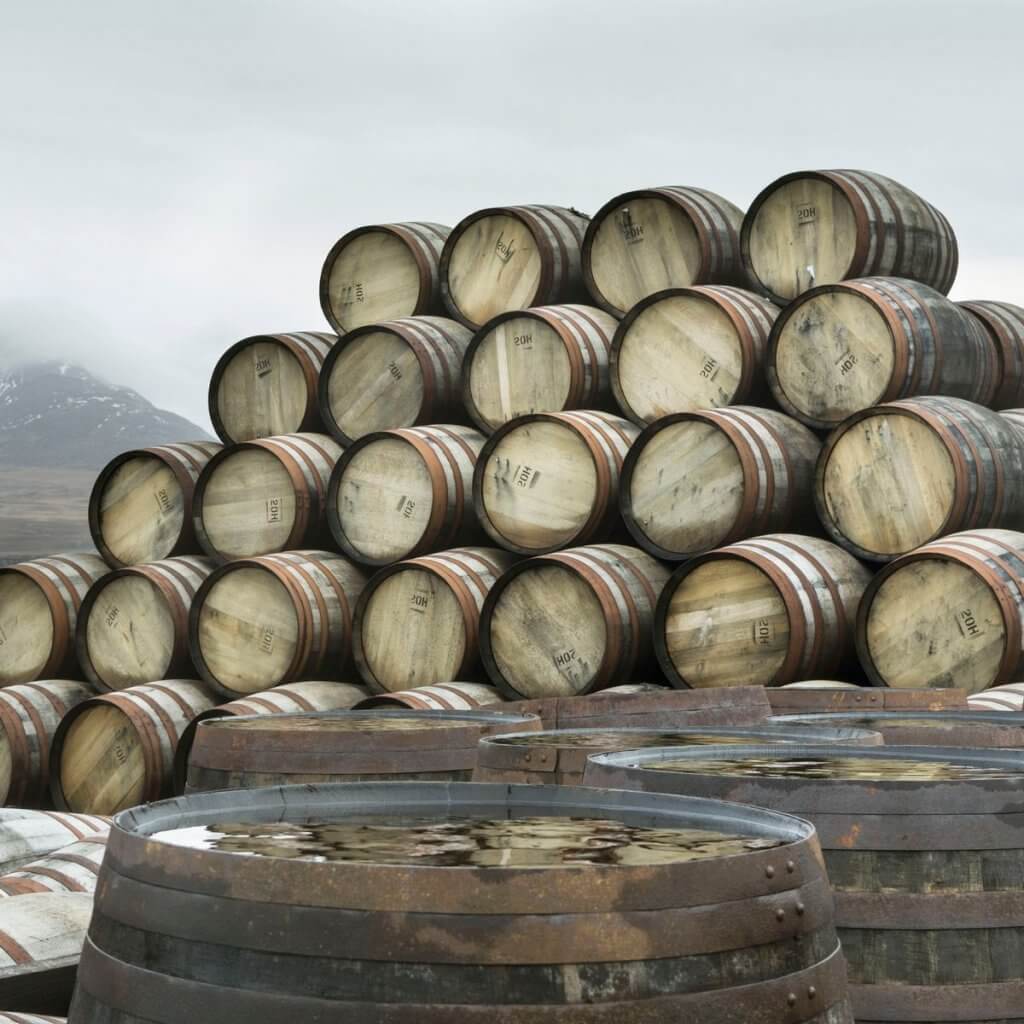 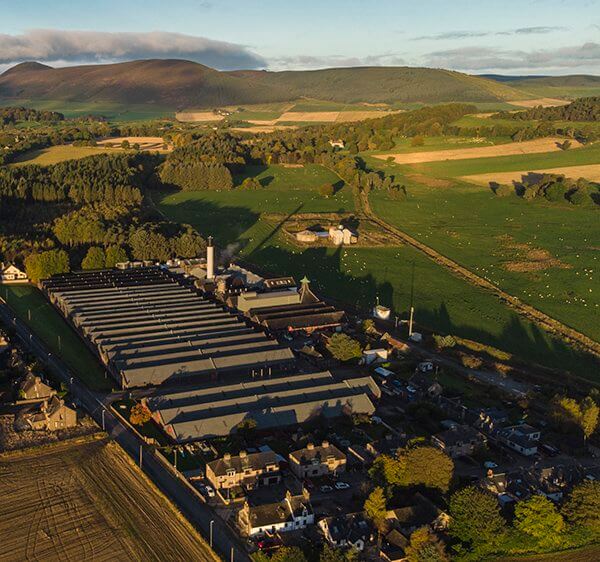 Suntory Holdings and Beam Suntory are jointly launching a new Peatland Water Sanctuary™ initiative, a large-scale series of peatland restoration and conservation and watershed conservation projects in Scotland. These projects represent a significant expansion of Suntory and Beam Suntory’s already pioneering leadership in watershed protection, following their establishment of significant Natural Water Sanctuaries in both Japan and the US. The companies plan to invest more than $4 million in the restoration and conservation of 1,300 hectares of peatlands by 2030, enough to produce the same amount of peat that Beam Suntory harvests every year in making its Scotch whiskies on an ongoing basis. Once restored and conserved, peatland naturally accumulates by 1mm per year, and that 1mm growth spread across 1,300 hectares will equate to Beam Suntory’s annual use. Suntory and Beam Suntory will also undertake new watershed conservation projects at various locations in Scotland. The first Peatland Water Sanctuary™ project is due to begin near the Ardmore distillery in November 2021, with subsequent projects across other sites in Scotland to follow in the coming years.

“The Peatland Water Sanctuary™ initiative is inspired by Suntory’s Mizu to Ikiru (“Living with Water”) promise, which is underpinned by our mission to create harmony with people and nature. We believe that water flowing through peatlands is suited for whisky production and by restoring and conserving peatlands we hope to not only contribute to preserving whisky production as an indispensable part of Scotland’s culture, but also fulfil our responsibility as a company that relies on the blessings of nature and water,” said Tak Niinami, CEO of Suntory Holdings.

Initial works to restore and conserve peatland near the Ardmore distillery are due to commence in November 2021. In the first phase, nearly 15 hectares of peatland in the Ardmore Knockandy Hill north side slope will be restored, with more to follow in 2022. Restoration will also potentially include Malsach Burn Valley as early as 2022. This initial restoration project at Ardmore will be undertaken in partnership with the James Hutton Institute, who are assisting with the research, planning, and execution of the restoration, and Forestry and Land Scotland, which owns the land.

The Ardmore project will be the first in a long-term programme of peatland restoration and conservation and watershed conservation projects which Suntory and Beam Suntory will undertake across Scotland. These projects are expected to launch before 2030. Initial assessments for new projects are already underway on Islay, where Beam Suntory’s Bowmore and Laphroaig distilleries are located, and surveys on potential watershed activities near Beam Suntory’s Auchentoshan and Glen Garioch distilleries are also being planned. Detail on these projects will be announced in due course.

Beyond this 2030 ambition, the long-term aim of the Peatland Water Sanctuary™ initiative is for Suntory and Beam Suntory to have restored sufficient peatlands by 2040 to equate to twice the volume of peat that Beam Suntory harvests to make its Scotch whiskies. Although Scotch whisky production as a whole accounts for less than 1% of Scotland’s peat use, and Beam Suntory’s Scotch production accounts for part of that 1%, both companies share the industry’s commitment to ensuring their use of peat is sustainable and to making a positive impact on Scotland’s environment more broadly.

The Peatland Water Sanctuary™ initiative aligns with the Suntory Group Sustainability Vision and Beam Suntory’s ambitious Proof Positive sustainability strategy, as well as the Scotch Whisky Association’s environmental commitments. In addition to the long-term positive impact of peatland and watershed restoration and conservation on water retention and quality, the work will also support carbon sequestration and biodiversity in the local area, helping to maintain and protect the important role of peatland ecosystems in Scotland’s natural environment.

David Hunter, Chief Supply Chain Officer, Beam Suntory commented: “As part of our Proof Positive sustainability strategy, we believe it’s our responsibility to make a positive impact on the environment in which we operate, which is why we are committing to restoring and conserving as much peat as we harvest by 2030, as well as conserving crucial watersheds across Scotland. By protecting peatlands and preserving local watersheds, we will also help to enhance and ensure the production of the highest quality whisky in Scotland for future generations.”

Professor Colin Campbell, Chief Executive of the James Hutton Institute, said: “We are pleased to be working alongside Suntory, Beam Suntory and Forestry and Land Scotland on this vital initiative to help restore and protect one of Scotland’s most iconic habitats. Healthy peatlands help build resilience into our water supplies and restoring them allows nature to recover from the impact of climate change and promotes long-term carbon sequestration.

“These natural assets are essential for sustaining one of Scotland’s most important industries, and it is truly a pleasure to work with partners who have such a well-developed philosophy around the protection of our natural environment.”

Simon Hodgson, Forestry and Land Scotland Chief Executive, said: “We are pleased to be working with Suntory, Beam Suntory and the James Hutton Institute on such a forward-looking conservation programme. It is a great example of how business and land management organisations can work together and is a welcome addition to our growing suite of corporate partnerships.”

Founded as a family-owned business in 1899 in Osaka, Japan, Suntory Group has grown into a global company operating throughout the Americas, Europe, Africa, Asia and Oceania with an annual revenue (excluding excise taxes) of $20.4 billion in 2020. Suntory is driven by Yatte Minahare – the spirit of bold ambition – and our 40,044 employees worldwide draw upon our unique blend of Japanese artisanship and global tastes to explore new product categories and markets.

As a company that delivers blessings of water and nature to our customers, Suntory is committed to its mission to create harmony with people and nature. Always aspiring to grow for good, Suntory is devoted to giving back to society through protecting water resources, nurturing its communities and fostering the arts.

Beam Suntory was created in 2014 by combining the world leader in bourbon and the pioneer in Japanese whisky to form a new company with a deep heritage, passion for quality, innovative spirit and vision of Growing for Good, which now includes its transformative sustainability strategy, Proof Positive. Headquartered in Chicago, Illinois, Beam Suntory is a subsidiary of Suntory Holdings Limited of Japan. For more information on Beam Suntory, its brands, and its commitment to social responsibility, please visit www.beamsuntory.com and www.drinksmart.com.