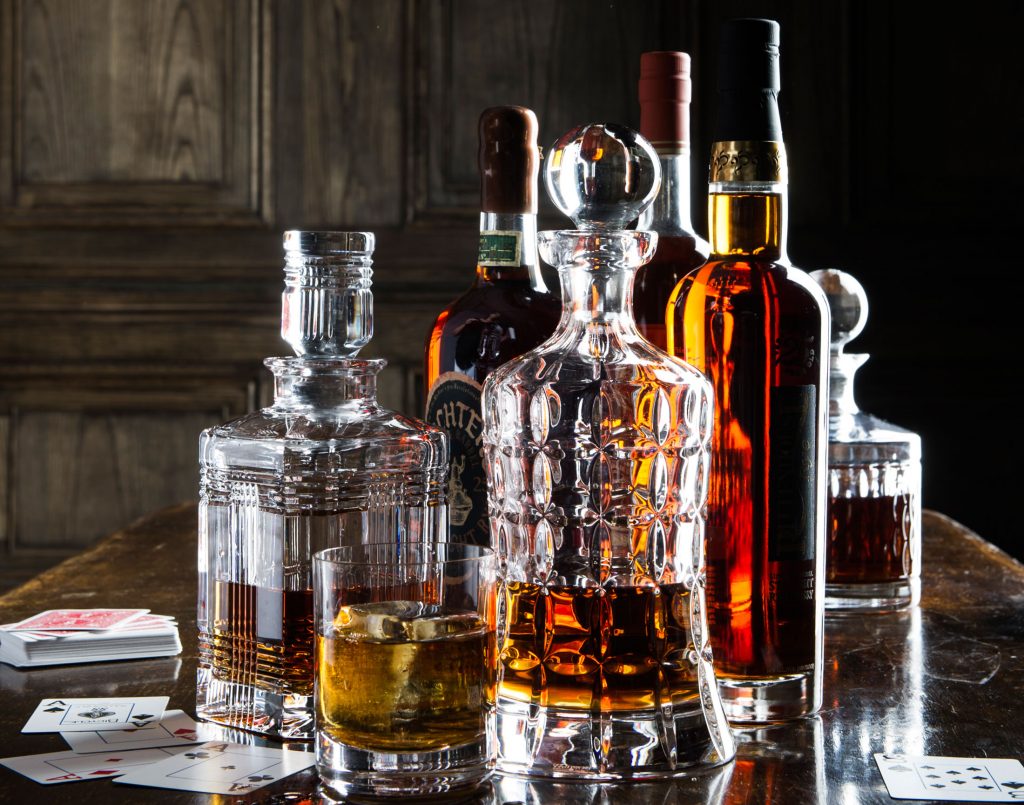 Ultra-aged scotch whisky, particularly single malt, can command astronomical prices, much more so than any other spirits category (cognac does come close, though). Prices rise from hundreds to tens of thousands of dollars as the age statements increase by decades, due to the extremely limited nature of these releases. Some come from single casks, some are literally the last drops of liquid left from a shuttered distillery and some are unique experiments never to be enjoyed again once the whisky is gone. Of course, many people collect these bottles, eventually flipping them for twice what they paid. But whisky is meant to be drunk, so don’t be afraid to crack these bottles open and sip at your leisure. Here are 11 outstanding limited edition single malts for people unafraid to break the bank. 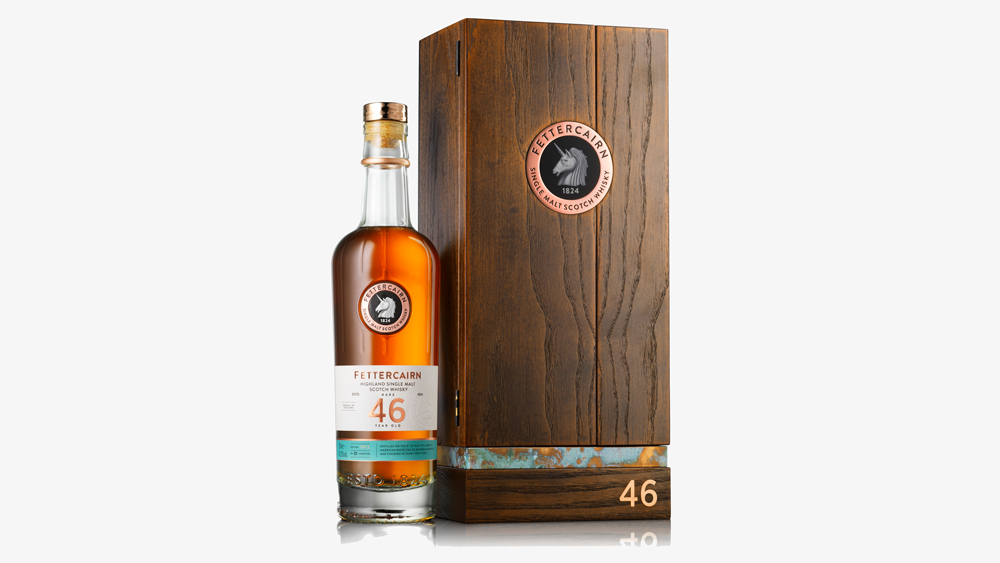 Fettercairn is a Highland distillery with a long history dating back to the first half of the 19th century, though the general public might not be so familiar with the name. The core lineup consists of whiskies aging from 12 to 40 years old, but now a 46-year-old whisky has joined the family. It was distilled on May 8th, 1973 and aged for most of its time in ex-bourbon barrels, with four years spent in 40-year-old Tawny port pipes as well. This infused the vanilla and oak top flavors with notes of tropical fruit, coffee and a touch of licorice on the palate. The whisky was bottled at 42.5% ABV with no chill filtration or color added. 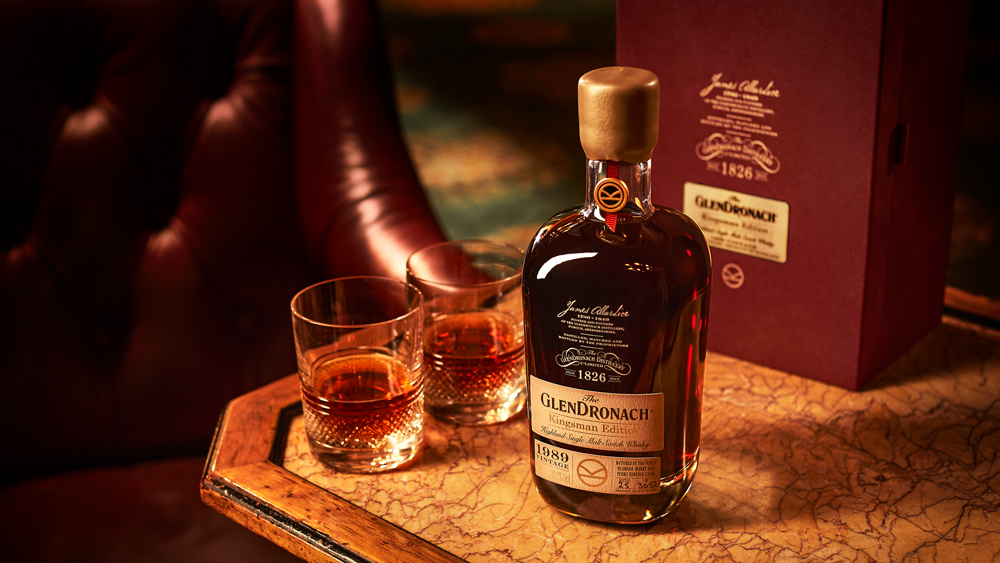 This is the second GlenDronach collaboration with The Kingsman movie franchise, the first having come about in 2017. This new release is a 29-year-old whisky aged for the majority of time in just six Oloroso sherry casks, with a final maturation period in Pedro Ximinez casks. Just 3,052 bottles are available, each with a Kingsman insignia and housed in a gift box signed by master blender Dr. Rachel Barrie and The King’s Man director Matthew Vaughn (the film is set to be released in 2021). It’s a lovely and full-flavored whisky, with notes of dark fig, candied cherry and blackberry throughout, along with a bit of spice and tobacco. It’s bottled at 90.4 proof with no color added. 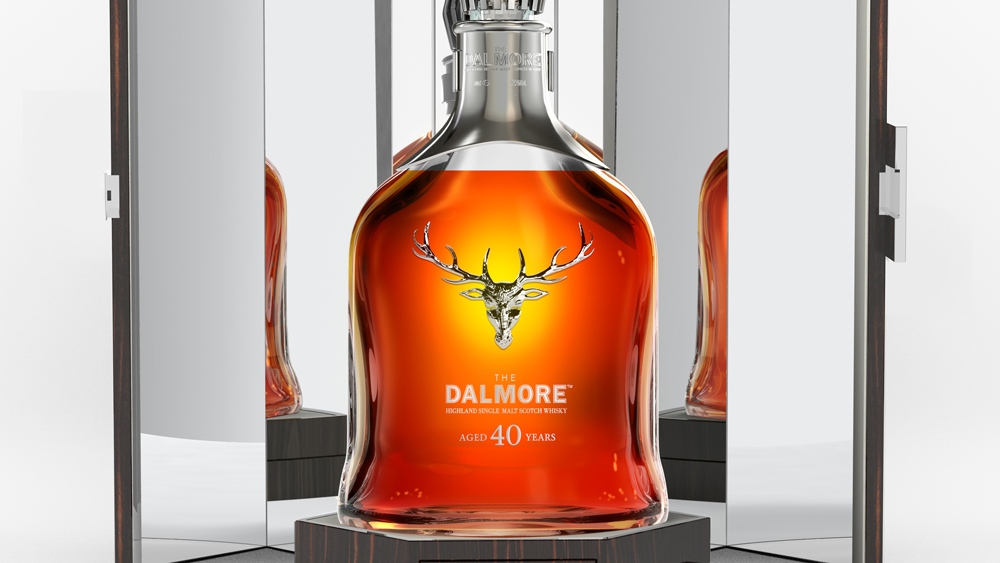 The Dalmore is no stranger to expensive whisky releases, but this trio of ultra-aged single malts truly lives up to the name Rare & Aged—it’s released in very limited quantities and it’s really old. The collection is as follows: a 35-year-old aged in bourbon, sherry and port barrels; a 40-year-old aged in bourbon, sherry and first-fill bourbon barrels; and a 45-year-old aged in bourbon, vintage port pipes and first-fill bourbon barrels. These are all delicious whiskies with varying degrees of tropical fruits, cinnamon and vanilla on the palate. The best thing about them is that, surprisingly given their age, they do not taste overly tannic or oaky. 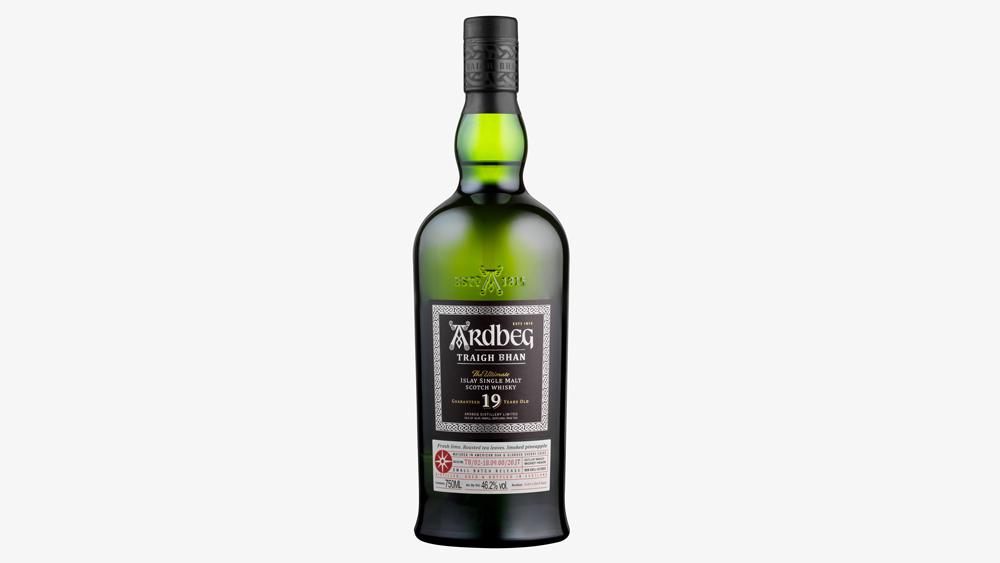 Ardbeg is an iconic Islay distillery, producing whisky that is heavily peated and aged in a variety of cask types. The latest addition to the lineup is Ardbeg 19 Years Old Traigh Bhan, which is older than the whiskies that make up the core range. This is the second batch to be released and it’s aged in a combination of bourbon and sherry casks that imbue it with notes of sweet smoke, apple, pear and iodine on the palate. Traigh Bhan, if you’re interested, refers to a volcanic beach on Islay known to locals as “Singing Sands.” 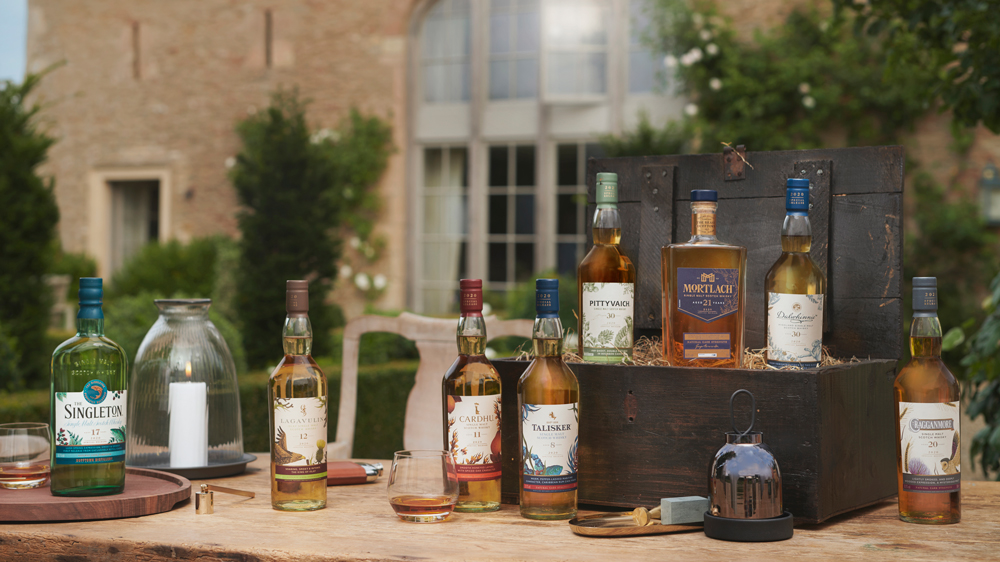 This year’s Special Releases Collection from Diageo, known as “Rare By Nature,” highlights eight distilleries, some dormant and some very much alive. All are bottled at cask strength and offer a taste of something aged, a unique finish, or just an exemplary expression of what defines a particular region or distillery. The 2020 lineup is as follows: Cardhu 11-Year-Old, Cragganmore 20-Year-Old, Dalwhinnie 30-Year-Old, Lagavulin 12-Year-Old, Mortlach 21-Year-Old, Pittyvaich 30-Year-Old, Talisker 8-Year-Old (the first release to be finished in pot-still Caribbean rum casks) and The Singleton of Dufftown 17-Year-Old. And over at the Whiskey Exchange, you can buy a package with a sample of each. 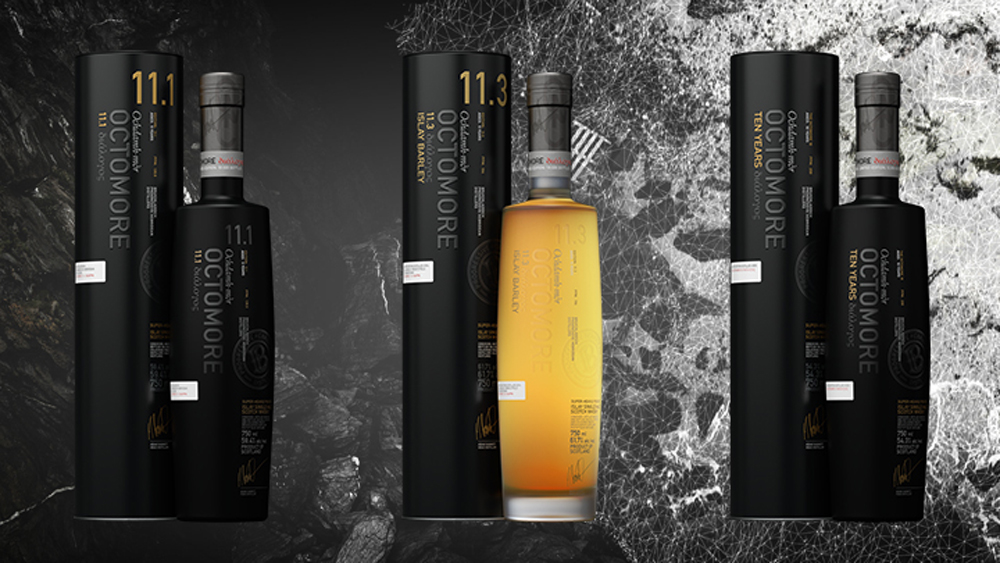 Bruichladdich is an Islay distillery that is always up to interesting things, two of which happen to be making some of the most heavily peated whisky available and experimenting with the concept of terroir by using barley from individual farms for certain releases. This year’s Octomore series consists of four expressions that vary in significant ways, each bringing its own defining characteristic to the palate: 11.1 is a five-year-old, intensely smoky whisky; 11.2 is a five-year-old blend of whisky aged in red wine and bourbon casks (available to purchase online only); 11.3 is made using barley from a single farm and peated to nearly 200 PPM; and Octomore Ten Years rounds it out, an even more heavily peated whisky aged entirely in virgin oak. 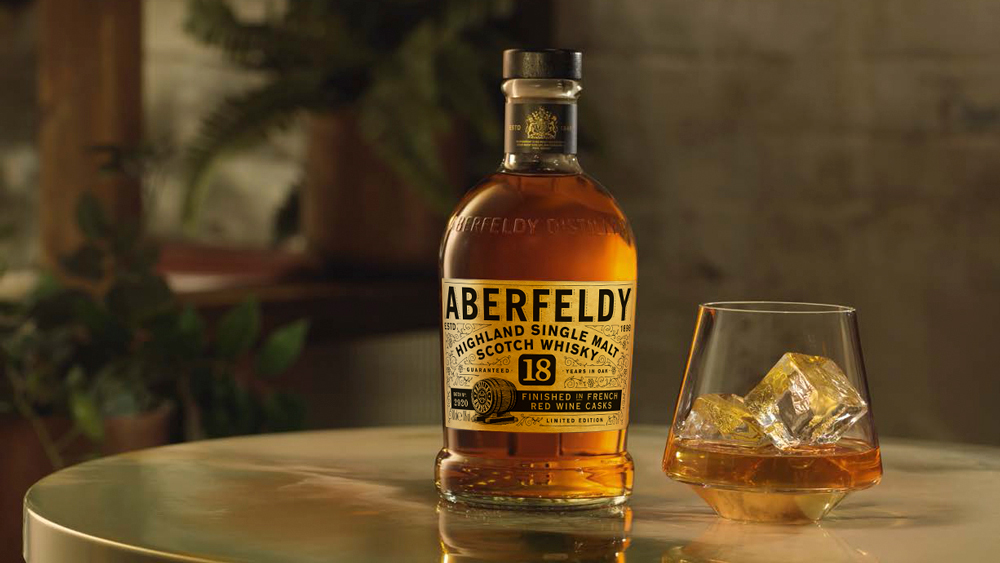 Aberfeldy’s Exceptional Cask series has unveiled some fantastic whiskies from this Highland distillery, which produces much of the whisky that goes into Dewar’s blended scotch. This year, two really tasty 18- and 20-year old expressions have been released. The 18 was put into French red wine casks from Paullic for about five months after initial maturation, giving it some dry spice and explosions of red fruit and berries. The 20-year-old was also finished in Sauternes casks and the finishing period lasted a full year. The result is exceptional, with sweet honey and caramel notes that complement the whisky without overpowering it at all. 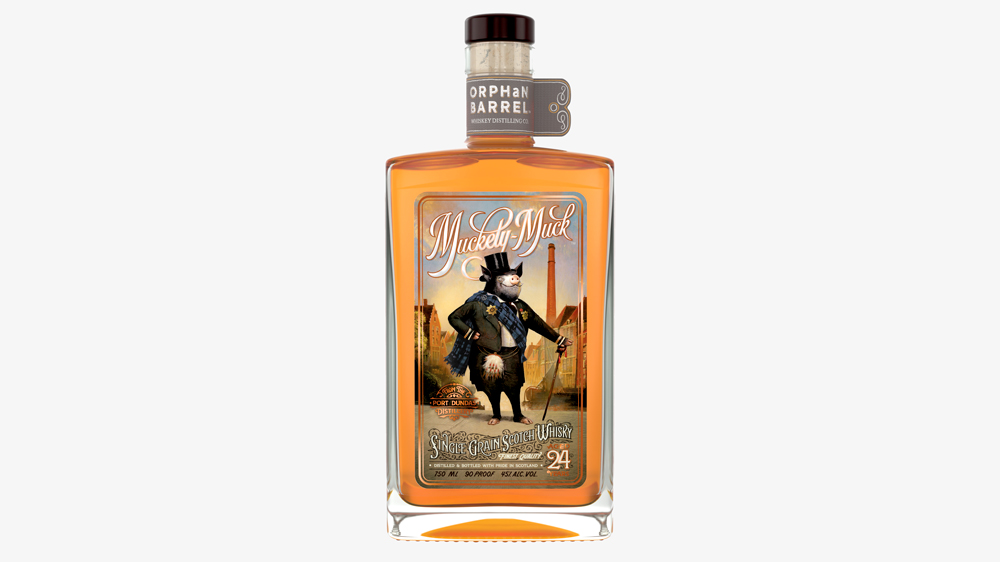 The whole schtick of the Orphan Barrel brand (owned by Diageo) is forgotten whiskies that have been newly discovered and released. This is pretty unlikely, given how closely warehouses are monitored and inventory is watched. But no matter, the ultra-aged whisky is often very good, and this new release keeps pace. This is the second Orphan Barrel scotch release and interestingly, this is a single grain whisky, not a single malt. It was distilled at the now shuttered Port Dundas distillery. Muckety-Muck is a velvety sipper, with big notes of vanilla, caramel, apple and pear on the palate, really showing why single grain is a category of scotch whisky worth exploring. 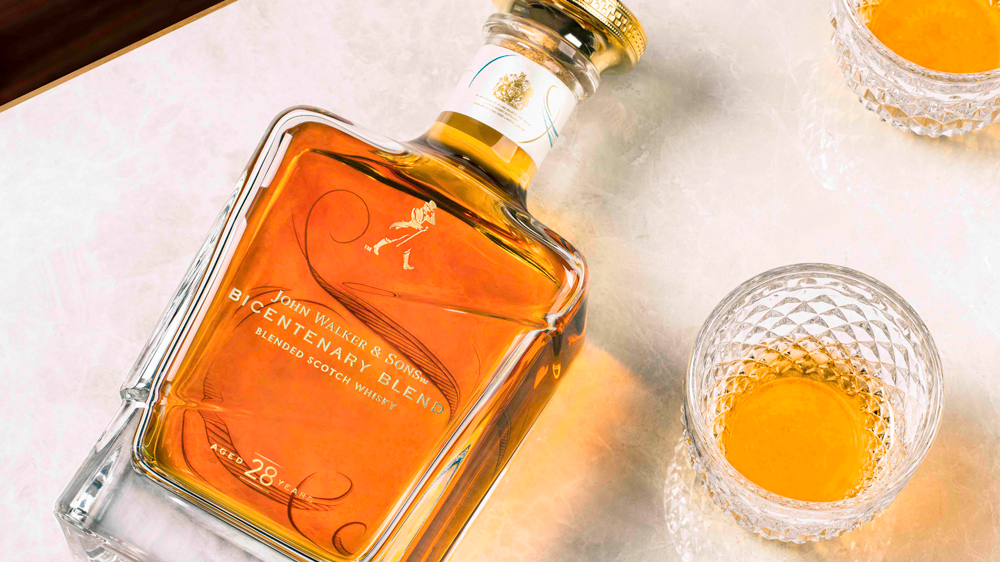 Johnnie Walker, one of the best known names in scotch, is celebrating its bicentennial this year. So the brand is pulling out the stops and releasing several high-end, limited-edition releases led by master blender Jim Beveridge. This Bicentenary Blend isn’t just Johnnie Walker Blue Label with pretty packaging. It’s a blend of 28-year-old whisky from the “ghost” distilleries of Pittyvaich, Cambus and Port Ellen (the latter of which is reopening this year), meant to evoke the flavors of blends from the 1820s. 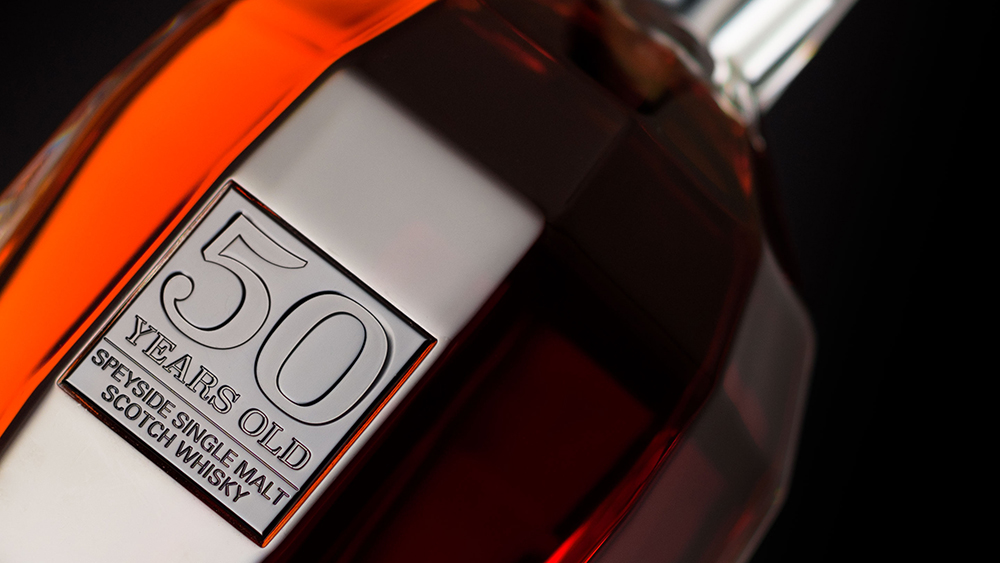 This new bottle from The Glenrothes is the oldest whisky ever released by the distillery and probably the most expensive. It’s a 50-year-old single malt distilled in 1968, with only 50 bottles available. The price is high—$35,000, if you must ask—but it also comes with a membership to the FIFTY club, which includes an exclusive visit to the distillery (which is closed to the public) where you’ll be able to meet the team behind the liquid. Speaking of which, the whisky was matured in both sherry and bourbon casks and comes in a fetching crystal decanter. Look for sweet and spicy notes, hints of cardamom and fennel and a bit of cedar underlying the palate. 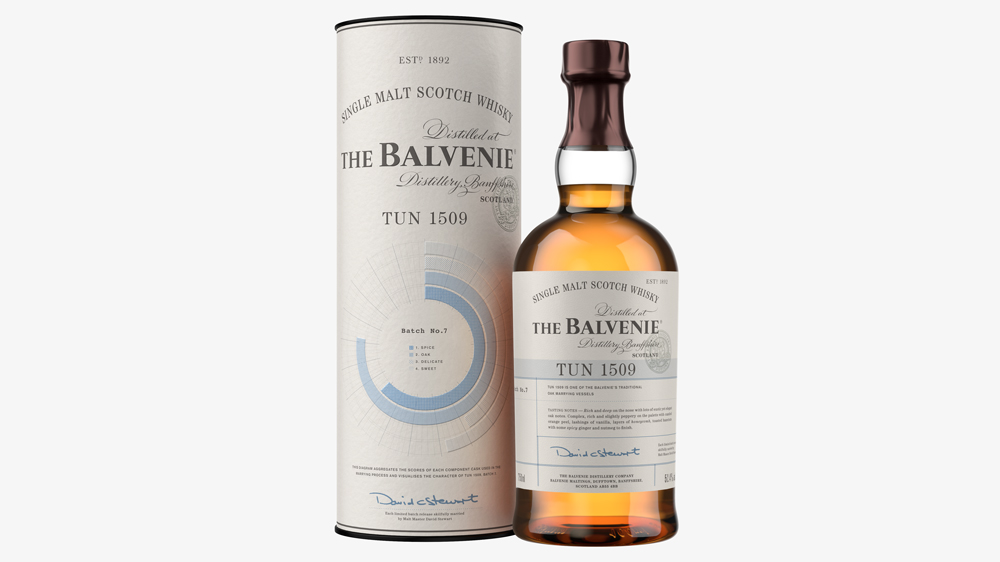 This is the latest release in The Balvenie’s Tun 1509 series. This odd name refers to the tun, or large oak vat, that the whisky is put into to allow it to marry and rest before bottling. Malt master David C. Stewart has been at the distillery for nearly 60 years, so he knows a thing or two about the inventory. For this seventh batch, he’s selected 21 casks (sherry hogshead, ex-bourbon American oak, DoubleWood refill sherry butts) and let them marry for three months in the tun.

Read the original article on RobbReport