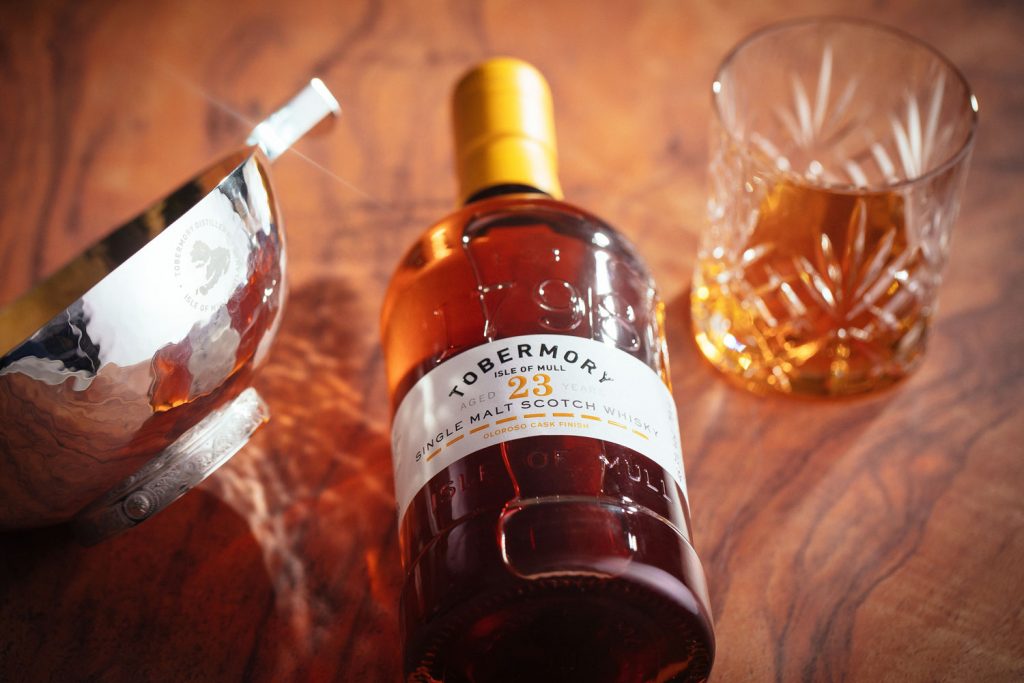 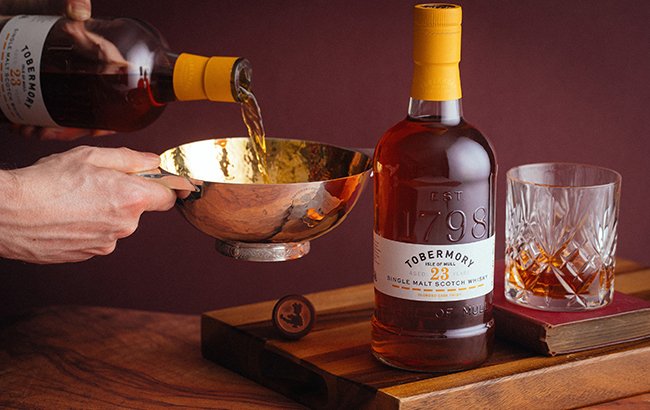 The single malt uses the same liquid that makes the 15-year-old Tobermory, which has been aged for longer in oloroso Sherry casks at the distillery on the Isle of Mull.

The resulting whisky has notes of vanilla, ripe oranges, toasted barley and fruitcake on the nose. The Sherry-influenced palate offers salted toffee, candied citrus and floral honey, followed by a subtle salty finish with caramelised walnuts.

Julieann Fernandez, master blender at Tobermory Distillery, said: “Our team at the distillery have been working hard for many years on the return of this old friend, and we’re incredibly proud to be introducing whisky drinkers around the world to this exciting addition to the core range.

“Absence certainly makes the heart grow fonder and the extra years have been spent well, as our whisky has continued to mature into the new Sherried expression.

In addition, Tobermory has teamed up with local jeweller Isle of Mull Silver and Goldsmiths to create a sterling silver and gold quaich, which will be auctioned alongside the new expression in the coming months.

The quaich is said to celebrate the “creative and expressive nature” of Tobermory and its island home. Funds raised from the auction will be given to Scottish hospitality charity The Ben.

Fernandez added: “The island of Mull is a remarkable melting pot of artistry and creativity. This one-off silver quaich is a visualisation of the expert craftsmanship and care that goes into the exceptional spirit we are releasing. By bringing together two makers on the island, we’re celebrating this passion for creativity on the world stage.”

Last year, Tobermory expanded its portfolio with the launch of its first gin.