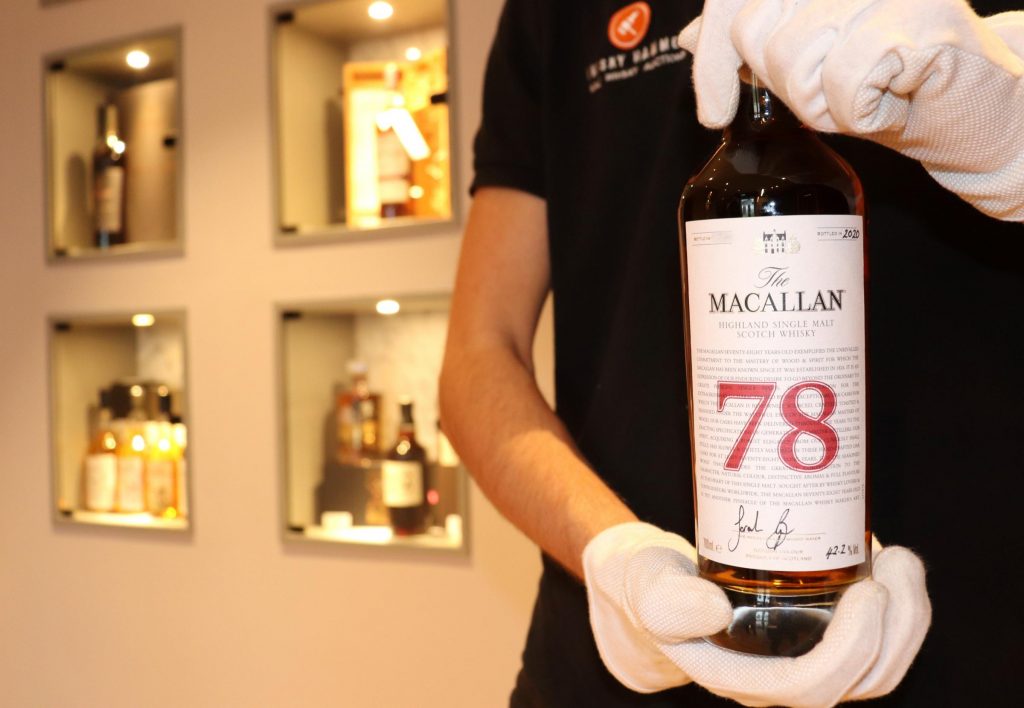 Released as part of the distillery’s Red Collection, a selection of ongoing aged whisky releases from the Speyside producer, the whisky is the oldest expression in the series.

The collection is also said to celebrate the colour red and its prominence through the brand’s history and processes.

A bottle of the oldest whisky in the series is now being auctioned at Whisky Hammer, with a starting price of £10,000. The current highest bid at the time of writing is £73,500 (US$95,365) and the auction will run until Sunday 25 October.

The 78-year old is being presented by The Macallan’s lead whisky maker, Sarah Burgess, and was laid down to mature decades ago in hand-picked oak casks.

The 42.2% ABV whisky is said to have aromas of “a fresh fruit medley of apple, peach and grape,” as well as antique oak and soft leather. On the palate, drinkers will find flavours of warming oak spice, nutmeg and ginger, which “open into the rich dried fruits of raisin, prune, date and a hint of almond nuttiness”.

The Macallan 78 Years Old is presented in an oak box crafted by hand in the UK using the same European oak used to make The Macallan casks. The box is upholstered with sustainably sourced Scottish leather.

Daniel Milne, managing director of Whisky Hammer, said: “We’re really excited to be able to offer something as rare as this 78-year-old expression from The Macallan Red Collection for auction and we expect a very high level of interest in this lot.

“The Macallan is one of the most well known and loved Scotch whisky brands and is regarded globally as the epitome of quality and taste – add to this the thrill of the oldest single malt ever released by Macallan, the end result is a true icon in whisky history.”