Incredibly rare 81-year-old Macallan The Reach goes on sale for £92,000

Incredibly rare 81-year-old Macallan The Reach goes on sale for £92,000 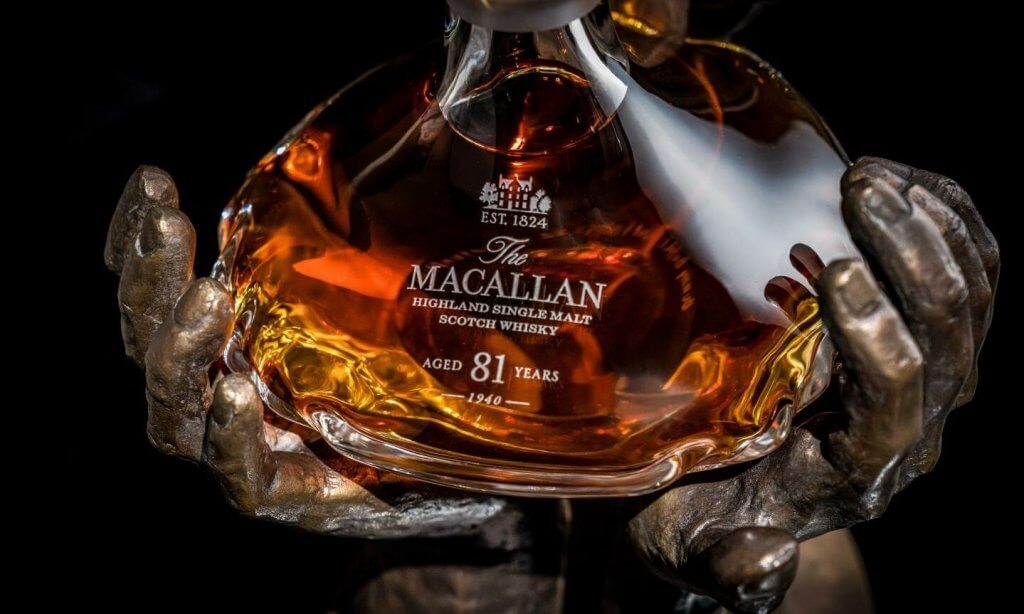 With a price tag of £92,000 the latest 81-year-old release from Macallan is among the most exclusive to ever be released from the Speyside distillery.

The spirit has been maturing since the Second World War after being laid to rest in 1940 – just before the distillery was forced to close its doors for the first time since it was founded in 1824 due to the conflict.

Now one of the rarest of single malts, christened The Reach by Macallan, is poised to hit the market.

And the unique whisky comes in one of the most unique packages.

The dark spirit comes in a decanter cradled by a bronze sculpture of three hands.

Each hand represents characters in Macallan’s history – one symbolising the distillery workers of 1940 when the country was at war, another of one-time chairman Allan Shiach whose grandfather was in charge when the spirit was consigned to its cask and the third of today’s master whisky maker Kirsteen Campbell, who selected the 1940 cask.

Mrs Campbell said: “It is an honour to introduce The Reach. Created during a turbulent time in the world, this extraordinary expression showcases The Macallan’s history, ingenuity and unmistakable strength of character.

“The creation of many hands, The Reach has been a truly collaborative effort. It’s also a tribute to the people who made this precious whisky, and their enduring spirit which never wavered.

“Its deep auburn hue is the first hint of this remarkable whisky’s astonishing depth. Offering notes of dark chocolate, sweet cinnamon and aromatic peat, leading on to treacle toffee, crystalised ginger and charred pineapple, before giving way to an intensely rich, sweet and smoky finish.”

Where can you buy The Reach?

The Reach has been highly limited by Macallan to just 288 bottles worldwide.

It is going on display in the shop at the Macallan distillery near Craigellachie from Wednesday, February 9 and later in domestic and travel stores.

However, rare bottles of Macallan are among the most highly sought after from collectors and can quickly accrue value – regardless of their initial sale price.

A rare 60-year Macallan distilled in 1926 became the first bottle of whisky ever to sell for more than £1million at auction in 2019.

Read the original article on Press and Journal