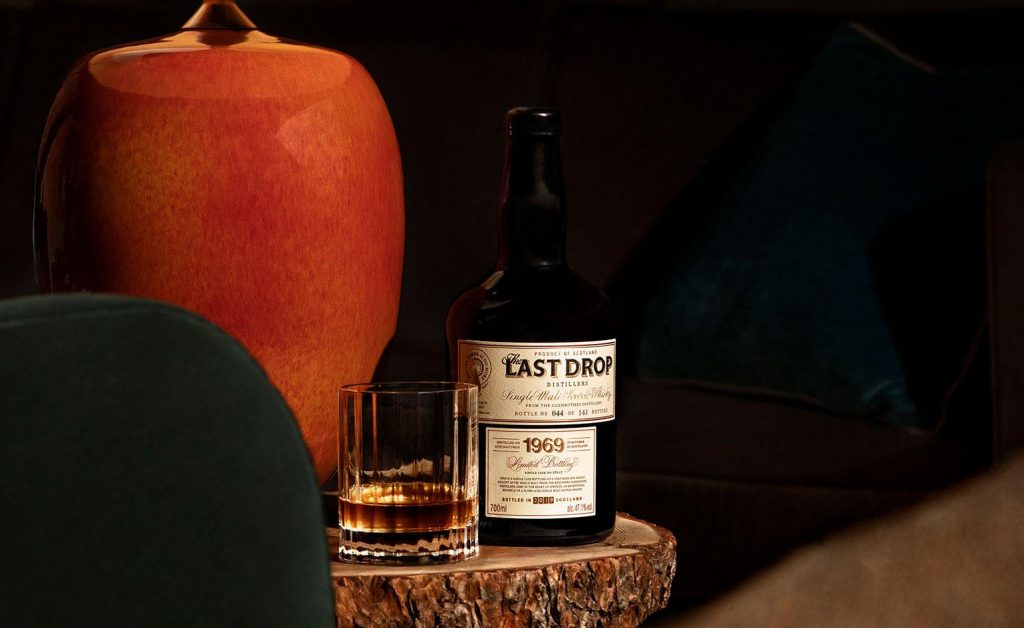 In the world of fine spirits, the age of and story behind a release can be as tantalising as its flavour profile. For high spirits brand The Last Drop Distillers, story is the cornerstone of its day-to-day business and underlines its entire collection, which has seen the recent addition of a twin of single malt Scotch whiskies.

The brand was formed by James Epsey, Tom Jago and Peter Fleck, veterans of the spirits industry who, between them, have been driving forces behind some of the world’s most famed spirits. The trio forewent the prospect of early retirement in 2008 and instead embarked on their most ambitious venture to date: to source, bottle and distribute the world’s rarest spirits, from casks that first left their home distilleries decades ago.

For the 15th release in its collection, The Last Drop Distillers goes back to the autumn of 1969, to the town of Glenrothes in the Scottish Highlands. The town’s distillery had expanded to new premises almost 100 years prior, and its founder James Stuart had set up shop with clear guidelines: to always have access to a nearby source of water, aiding spirit purity; a slower distillation period, shaping the malt to a mellower yield; to use the best sherry-seasoned casks available, providing a wide spectrum of flavours, and to always bottle whisky at its natural colour.

Adhering to these same standards, the Glenrothes distillery filled its casks in 1969 with its then-current batch of single malt Scotch. A pair of these casks would seemingly disappear for the better part of 50 years, winding up into the hands of The Last Drop Distillers decades later. The brand has bottled the sibling whiskies into 271 bottles for release in 2019, marking an extremely limited edition, half a century in the making. 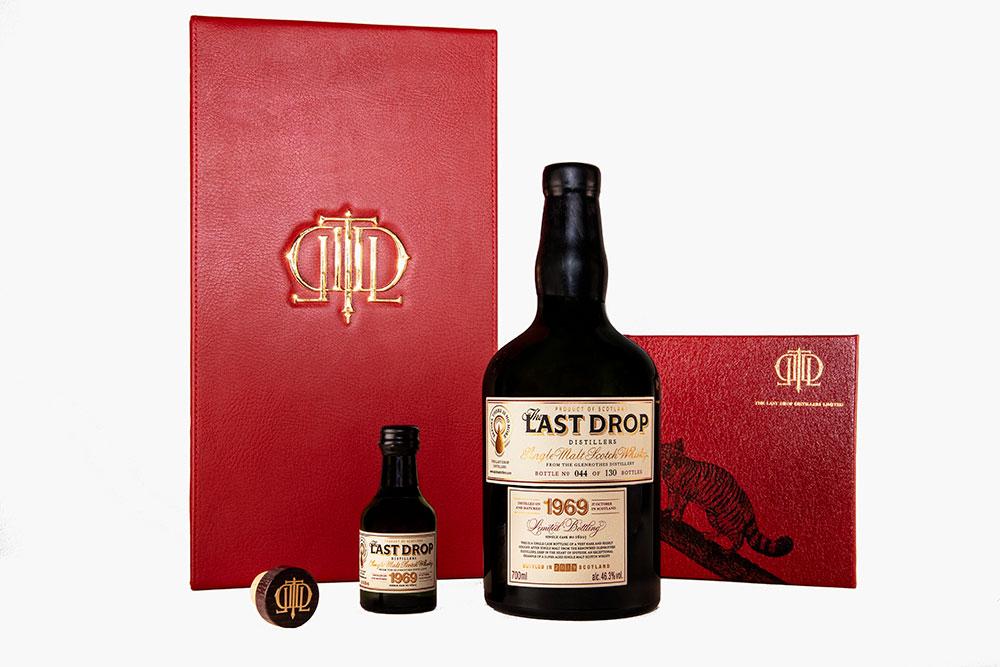 Marked with numbers 16203 and 16207, the two ex-Bourbon casks have taken the twin whiskies in very different directions. 16203 has given the malt a pale amber tone with a fairly dry nose, giving way to a sweet, smooth, creamy taste panning towards a spicy finish. 16207 on the other hand, (which was awarded Best Single Malt of the Year 2019), offers an incredibly fresh nose with a subtle hint of oak, teasing sweet and sour flavours of honey, fudge, apricots and orange.

Each bottle is presented in a vibrant red leather case, accompanied by a 50ml miniature bottle, a custom-made stopper, tasting book and signed certificate of bottling. Only 130 bottles and accompanying miniatures are available for Cask No 16203, leaving 141 for 16207. For those unable to get their hands on this particular edition, The Last Drop Distillers will revisit Glenrothes for the final time in 2020 with the release of another soon-to-be 50 year-old single malt, dating back to 1970.

Read the original article on Wallpaper*