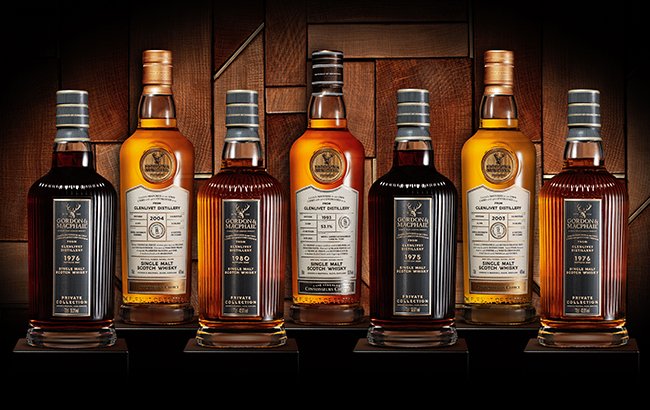 Gordon & MacPhail will release an 80-year-old whisky from The Glenlivet Distillery next month, when the price of the expression will also be revealed.

Ahead of the release of Generations 80 Years Old, Gordon & MacPhail has debuted seven Glenlivet bottlings across two of its ranges ­­– Private Collection and Connoisseurs Choice.

“It is imperative for us to select quality casks, made to our exacting specifications, to ensure the spirit is not overpowered. Typically, we use Sherry casks for spirit earmarked for long-term maturation, with Bourbon casks deployed for shorter-term expressions although there are always exceptions to the rule.”

Priced at £1,750 , the 1975 whisky is described as having blackcurrant aromas, and notes of dark chocolate and bitter orange on the palate.

Meanwhile, the 1976 bottling aged in refill American hogshead offers lemon peel and green apple on the nose, with hints of white chocolate and leather on the palate.

The 1976 whisky aged in first-fill Sherry casks offers ‘rich Sherry aromas’ and ‘flavours of strewed red berries’. The 1976 whiskies are both priced at an RRP of £1,500 .

The 1980 bottling has a tropical nose and Seville orange and lemon zest on the palate. It is available to buy for £1,250 .

The Connoisseurs range has welcomed a 1993 whisky matured in a refill American hogshead, and 2003 and 2004 bottlings that have both aged in refill Bourbon barrels.

Priced at £265 , the 1993 expression provides desiccated coconut and dried banana on the nose, along with tropical fruit and grapefruit on the palate.

The 2003 bottling offers an aroma of pineapple, Seville orange and nut, while the palate brings hints of pears, grapefruit and white pepper. It is priced at £127.

Finally, the 2004 whisky offers a nose of green apples and tropical fruit, leading to pineapple, mango and flambéed banana on the palate. It is available to buy for £104.