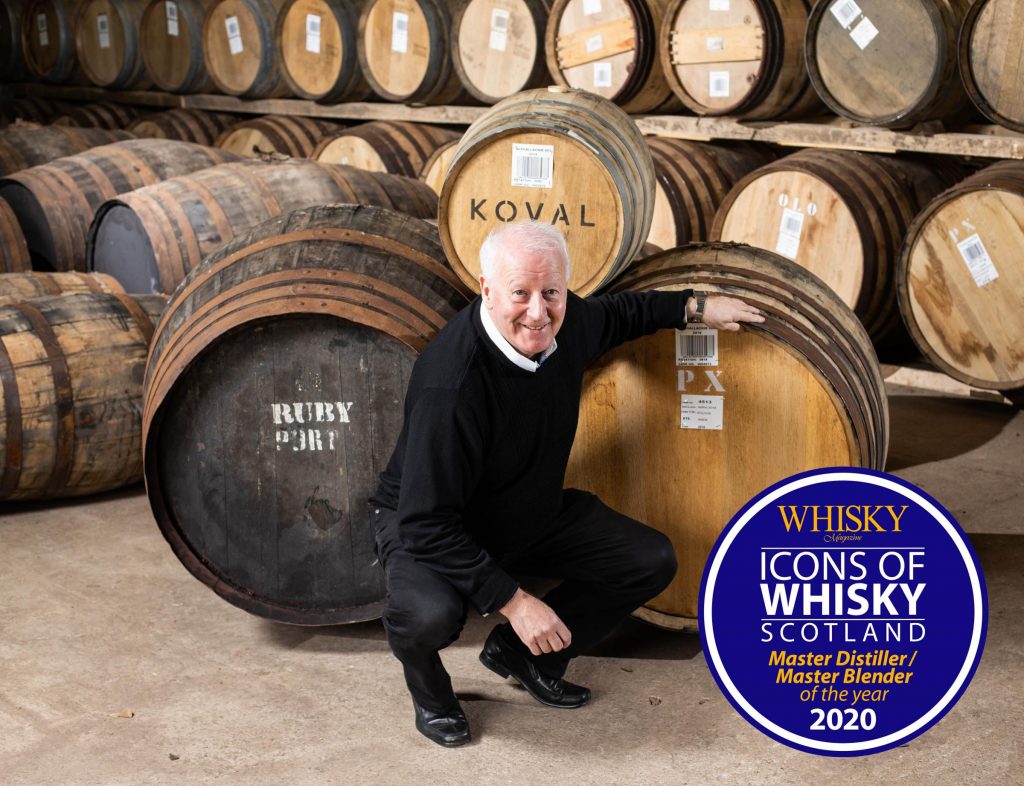 In 2017, The GlenAllachie Scotch Whisky distillery, as well as the MacNair’s and White Heather whisky brands, were purchased by Billy Walker, previously of BenRiach Distillers, and co-founders Graham Stevenson and Trisha Savage. Until the acquisition, the distillery was relatively unknown and focused predominantly on producing malt whisky used in blends.

Following the creation of The GlenAllachie Distillers Company, its single malt has been built into a global independent whisky brand through a series of single and blended malt releases, each crafted by Master Distiller, Billy Walker. In addition, the distillery has been opened to the public for the first time in its history.

Most recently, The GlenAllachie revealed a Virgin Oak Series featuring three bottlings, each finished in casks made of a unique oak species: French, Spanish and Chinquapin Virgin Oak. The pioneering series caught the eye of countless whisky fans around the world, many of which took part in an online tasting with Walker in November, available to watch now through the distillery’s YouTube channel.

A Passion for Wood

Master Distiller, Billy Walker is deeply passionate about wood management. Under The GlenAllachie, Walker has released a range of ground-breaking expressions under the Wood Series, including a 9-year-old Kentucky Rye Wood Finish and an 11-year-old Moscatel Wood Finish.

Commenting on the topic of wood policy, Walker reveals: “As a boutique company, we are seriously hands-on, living the whole experience and analysing the wood at all stages of the maturation process. Our wood policy is extremely expensive, but it allows us the opportunity, if we feel we can enhance our whisky, to introduce the spirit to all kinds of wood experiences.

“We have put in an enormous amount of work into getting the wood contribution correct. Since acquiring The GlenAllachie, I believe we have been the pioneers in areas such as Virgin Oak, sourcing rare casks from a wide variety of origins. We will continue this experimental and boundary-pushing philosophy.”

Walker has been recognised for his achievement and contribution to the Scotch Whisky industry, most recently being awarded the Icons of Whisky’s Master Distiller/Master Blender of the Year for 2020.

Since the distillery has been under new ownership, it has amassed over 50 awards in spirits competitions across the globe.

2020 has been a particularly successful year for The GlenAllachie, achieving an enviable array of accolades including three Double Gold medals at the fiercely competitive San Francisco World Spirits Competition for its 12-year-old, 15-year-old, and MacNair’s Lum Reek 12-year-old Blended Malt expression.

The success didn’t stop there, as a Double Gold medal was awarded to the distillery’s 18-year-old expression at the International Spirits Challenge, whilst the MacNair’s Lum Reek 21-year-old scooped World’s Best Blended Malt at the World Whisky Competition, and Gold with 96 points at this year’s International Wine and Spirits Competition.

The distillery has continued plans to excite whisky fans and push the boundaries with its upcoming releases. In terms of what is to come, Walker teases: “We have a lot of really interesting plans for the next few years in terms of utilising different styles of wood, oak genesis and more. Definitely watch this space!”

As well as its GlenAllachie Single Malt and MacNair’s Lum Reek Blended Malt offerings, it plans to finally reveal a refreshed White Heather Blended Scotch Whisky brand in 2021, included as part of the acquisition.

To find out more about The GlenAllachie distillery and its products, click here.