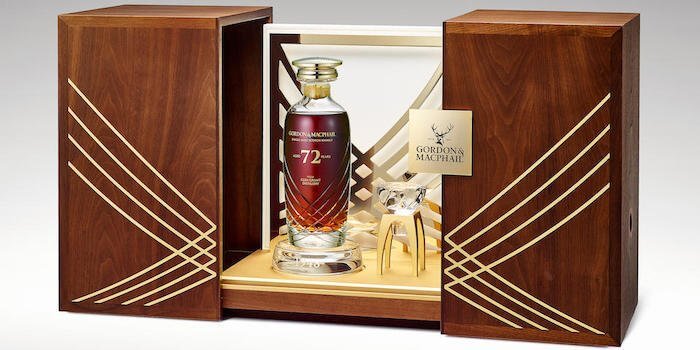 The market received the 72 Year Old well, said Nicholas Breton, founder of Premier Whisky, and the man behind this production

A January pre-order sale of 100 bottles “has been unparalleled. With pre-sales due to close in the coming days, collectors are scrambling to secure a pre-order allocation before prices rise upon the release of the final bottles in February,” Breton said in a prepared statement.

Presented in a hand-cut crystal decanter, a total of 200 bottles have sold before the whisky hit the shelves, an indicator of high demand. Market expectations are that prices may reach more than GBP100,000 per bottle once the final allocation is diminished and this is traded in the secondary market.

“We knew from day one that we had picked a great whisky,” said Bob McNab, managing director of Premier Whisky. “Leading the team of experts choosing the cask, Charles MacLean could not have been more fulsome in its praise, so we are especially grateful to our friends at Gordon & MacPhail, the expert creators and custodians of this special cask all these years. It only remained for us to give it the Premier Whisky star treatment commensurate with its quality and prestige … and of course, its inherent value.”

Founded in 1895, Gordon & MacPhail is a family-owned and managed bottler and distiller that four generations of the Urquhart family have run, together with an intimate knowledge of the whisky trade as well as distilling itself, they have amassed, and are the custodians of, one of the most extensive and expensive collection of rare aged single malt casks in Scotland, and the world.

Gordon & MacPhail are currently the world record holders for releasing the oldest single malt whisky in existence – a 1940 Glenlivet bottled at 80 years old. It was recently sold at Sotheby’s in late 2021 for a price of HKD1,500,000 (GBP150,000) per bottle.