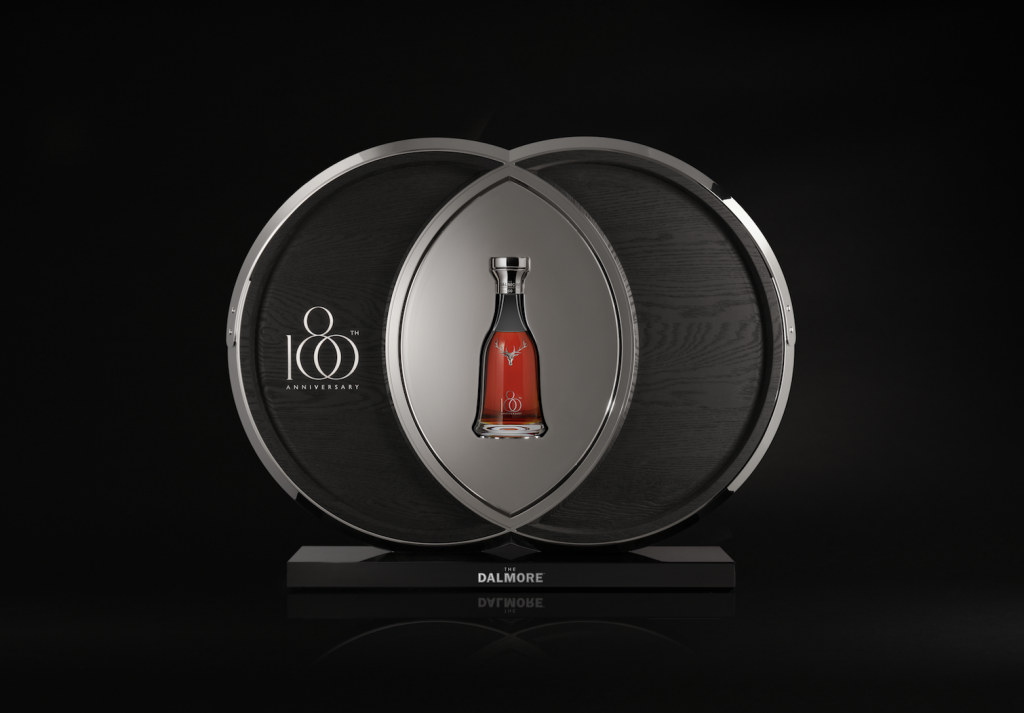 For some time, the Dalmore distillery in Scotland has been closed for renovations. Behind the curtain, a lot has been happening at the distillery. To celebrate the distillery’s 180th anniversary, the team have launch a highly exclusive Dalmore 60-Year-Old, with only 3 bottles produced.

Looking to upgrade their facilities for visiting guests, especially high net worth clients investing millions into Dalmore whisky, Whyte & Mackay has brought the distillery’s elements of luxury to whole new level. The first bottle of the new Dalmore 60 Year-Old launched at the distillery to celebrate the brand’s 180th anniversary and the site will soon officially reopen to visitors, after extensive refurbishments. The new bottle will take off on a global journey across some of the Dalmore’s largest markets, including Taipei, Shanghai, and Los Angeles. At the end of it’s journey the bottle will make it’s way back to Scotland where it will be sold.

Distilled on June 7th, 1951 the two ex-sherry casks used to create this expression are the last of the Mackenzie era, the family that ran the distillery for over three generations. The project was led by master distiller, Richard Patterson, who carefully married the two casks to create the new 60 year-old. The new release is close in age to the series of Dalmore 62 Year-Old bottles, each one commemorating a milestone in the Dalmore’s history, from the start of the distillery in 1839. Most recently, the brand collaborated with famed Italian chef, Massimo Botura, to create the one-of-a-kind 49 Year-Old Dalmore L’Anima, which sold at auction for £108,900. After the first bottle of Dalmore 60 Year-Old is sold, the other two will either be put on auction or sold to the Dalmore’s most important collectors. Luckily, I was one of 8 people globally to be invited to the distillery re-opening and the Dalmore 60 YO launch event.

The bespoke Dalmore whisky cocktail list featured twists on the Old Fashioned and a highball with a touch of port all prepared by the Dalmore Head Of Whisky Experience, Daryl Haldane. The pinnacle of the evening was Richard Paterson, who was in attendance to unveil the new release and run the group through several assemblages of spirit aged for 30, 45, and 60 years. In his captivating style, Paterson spoke of the Dalmore’s rich history, the new distillery, and his process of creation the new 60-year-old. Paterson also spoke of his upcoming 50th anniversary with the brand, which takes place next year. His contribution to the industry has been huge, proven in London just last week when Whyte & Mackay were named Scotch Whisky Producer of The Year 2019 at the renowned IWSC awards.

Guests were taken through the distillery grounds before finally enjoying a meal prepared in the distillery’s refurbished kitchen by the Dalmore chef.

Paterson noted: ‘Over the course of the past 180 years, The Dalmore has constantly strived for perfection, setting the standards for many other whisky makers today. The Dalmore 60 Year Old is a fitting tribute to the masterful talents of our distillers past and present, who have all helped to create an incredible body of work. For me personally, nurturing and caring for these two casks has been a true labour of love. The reunion of the two spirits has produced an unforgettable whisky that is truly greater than the sum of its parts.’

A truly amazing event, and a first-hand look at a bottle which will soon be travelling across the globe to celebrate the anniversary of one of the most iconic distilleries in the whisky industry. Stay tuned for the bottle’s whereabouts as it starts to travel early next year.