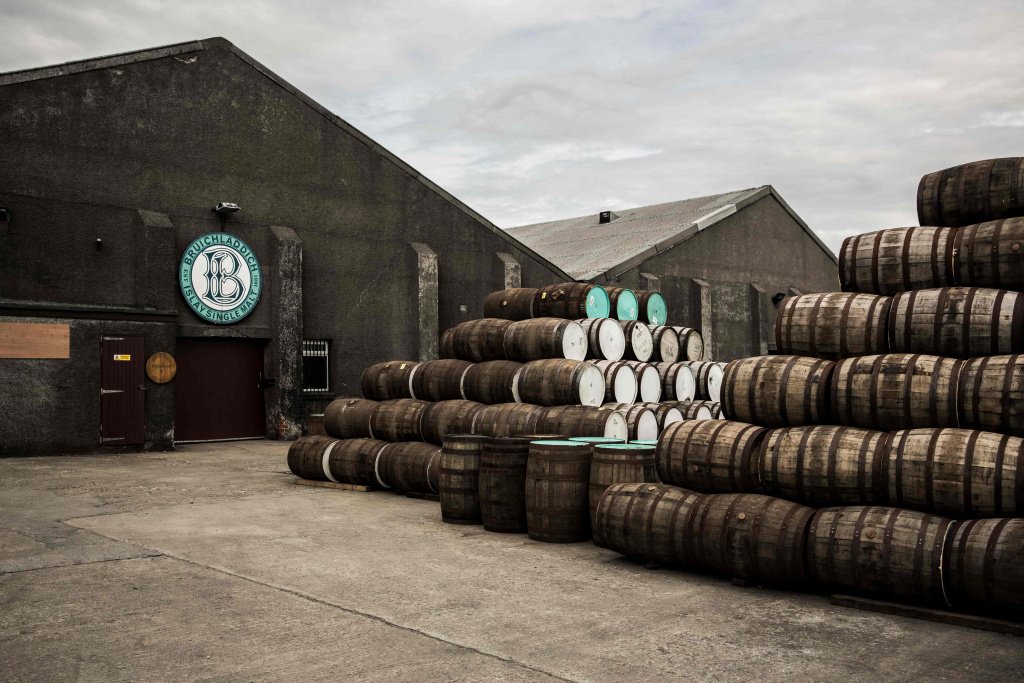 Sown, grown and harvested, distilled, matured and bottled on the island of Islay, some bottlings of Port Charlotte single malt embody the essence of its island home.

In 2004, the folks at the Bruichladdich distillery convinced their first growing partner to sow “malting barley” on the island. This would, in turn, inspire many more farmers to join the project, with an average of 18 growers now harvesting between 40 and 50 percent of the distillery’s annual requirements within 10 miles of where it’s then milled, mashed, distilled, matured and bottled.

Given this, the Islay distiller is set to release two new offerings: The Port Charlotte Islay Barley 2013 and the Bere Barley 2011. 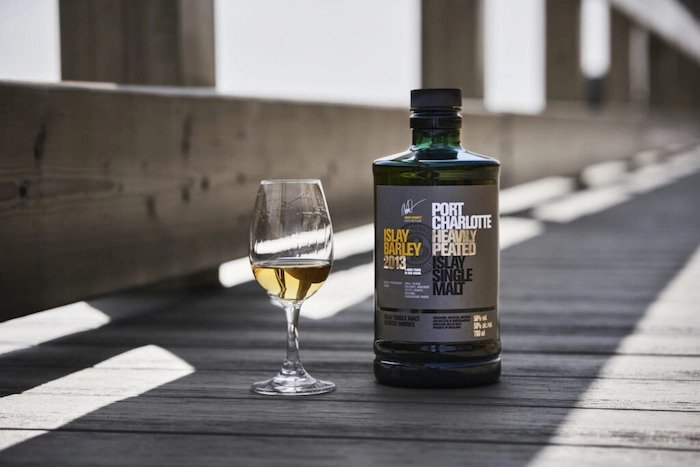 Their grains would be trickle-distilled through tall, narrow necked stills before being filled into first fill ex-bourbon casks. In its later years, 25 percent of the spirit would be recasked into first fill Pessac-Leognan French wine casks, adding fruit and spice notes.

Growing barley on Islay is no easy task. Between torrential rain, wild Atlantic winds and grazing geese, being part of the Islay barley project can be a test of will. But the labor proves worthwhile as many of Islay have been able to diversify away from the island’s primary income of fishing and livestock farming.

With the dairy industry hampered by the cost and convenience of supermarket produce, barley growing provides an opportunity to diversify and share in the spoils of a booming single malt industry.

While many on Islay can be proud of a job well done by the entire community, Islay grown barley has benefits when it comes to flavor as well.

Regarding the new 2013 vintage of Concerto barley raised by seven farmers in 2012, he said in a prepared statement, “There is something magical about how the Islay-grown barley holds the smoke back for a moment until releasing it dramatically on the finish.”

As of this month, the makers of Port Charlotte remain the largest private employers on the island of Islay, with 98 permanent members of staff working between Islay and Glasgow, with 77 based on Islay and an age span of 21–67. Of their senior management, 50 percent are female.

The second new release from Bruichladdich, Bere Barley 11, meanwhile features a heritage variety of barley that never quite reached peak popularity with farmers or distillers, owing to its low yield.

The distillers found that this variety never made the recommended growing list for farmers, and subsequently, the seed fell out of fashion. The ancient barley could’ve been all but lost if it were not for the resurrection mission forged by the Barony Mill with the helping hand of the Orkney College (UHI Agronomy Institute).

Bruichladdich distillers say this 2011 vintage of whisky, distilled from the six-row grain grown on Orkney in the summer of 2010, is a testament to the longevity of the Bere partnership that started back in 2005.

They found that the Bere Barley centered single malt is unique in its layers, providing intense barley-sugar-sweet flavors.

Official tasting notes are below.