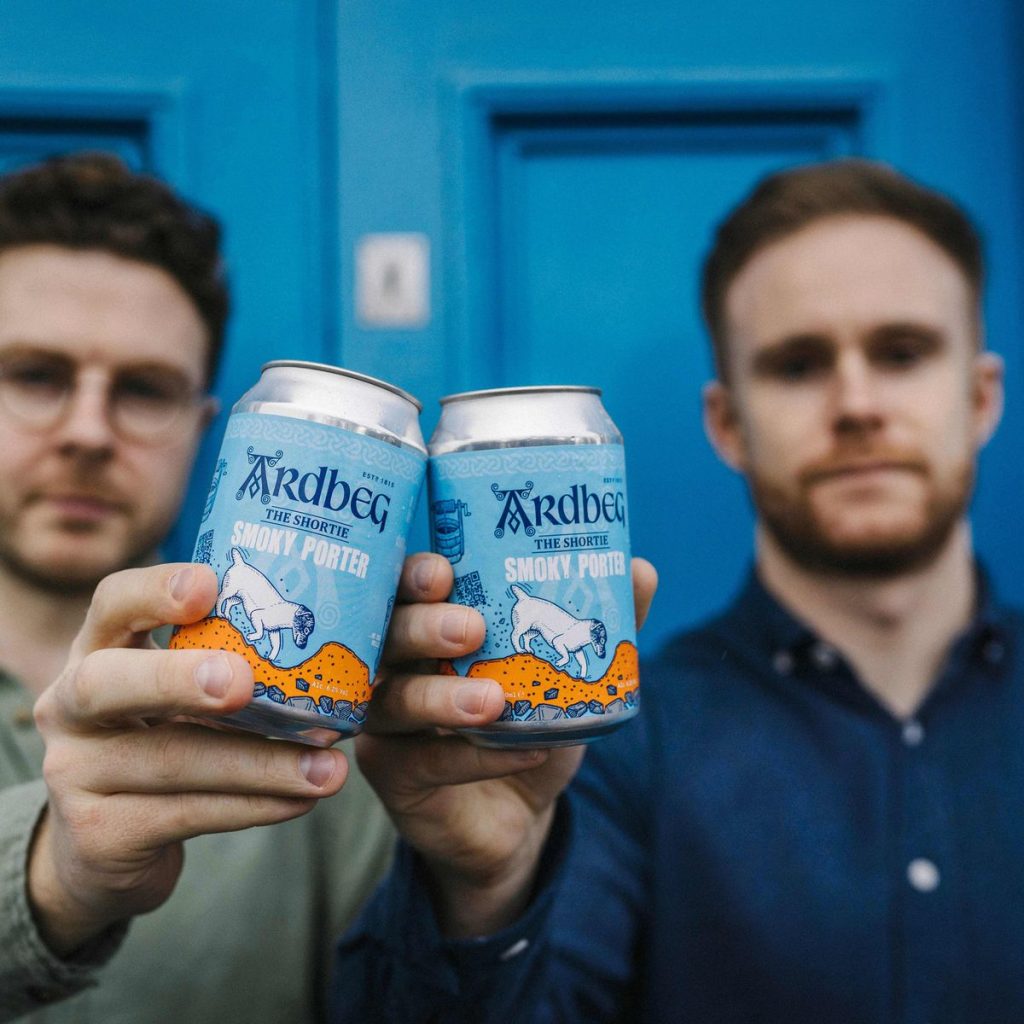 All profits from Ardbeg’s limited edition ‘smoked porter’ beer will be donated to a supporting clean water projects in Malawi. Better known for its hugely popular peated single malt, one of Islay’s top distilleries is switching from whisky to beer.

Ardbeg has announced that its first ever beer – The Shortie Smoky Porter – will soon be available to fans across the UK. 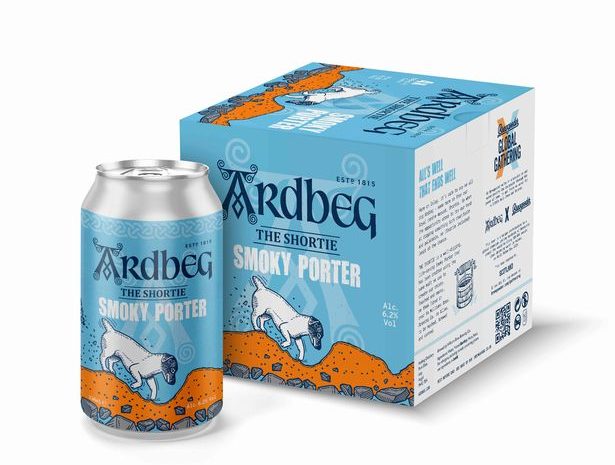 Originally scheduled for release to support World Water Day (22 March 2020), the development and launch was postponed due to the Covid-19 pandemic.

Ardbeg was the only spirits brand to take part in the Global Gathering campaign, where Brewgooder attracted more than 240 brewers from around the world this collaborative brewing project on a mission to provide clean water for 100,000 people in developing countries.

The campaign partnered with hundreds of breweries in the UK and around the world to brew unique, small-batch beers.

The distillery confirmed the much-anticipated beer will now be available from 13 August on Ardbeg.com and selected retailers, with all profits to be donated to clean water projects in Malawi.

Dr Bill Lumsden, Ardbeg Director of Distilling, Whisky Creation & Whisky Stocks, explained that Williams Bros. in Alloa were chosen to make the special beer due to not only him being a big fan of their beers, but also their ties to an area with a history for maltings.

He added that it was only right they name it after their favourite dog, he said: “For this life-saving, well-digging clean water brew, it was only fitting that our canine mascot should represent Islay.

“As with most porters, this beer is smooth and creamy. However our malt has helped make it distinctly smoky – the way we imagine an Ardbeg beer is meant to taste!”

He said: “Not only is this a hugely important cause – that we’re delighted to be a part of – but The Shortie Smoky Porter is of course a first for the Distillery.

“Helping brew a beer may seem like unchartered territory for Ardbeg, but as any whiskyphile worth their malt will tell you, beer and whisky share the same DNA. Just like brewers, we ferment our malt.

“The only difference being, we hold on to the hops. We hope that Ardbeggians and craft beer lovers alike will enjoy this extra special limited edition.”

Founder of Brewgooder, the Scottish social enterprise on a mission to bring clean drinking water to one million people in developing countries, Alan stated that the collaboration is particularly special for him, he said: “To create an incredible beer that helps empower people’s lives is one thing, to do it with one of the world’s best whisky brands is another, but to bring it to life with my best friend: there are few things I have been prouder of in my life.

“I look forward to working with the team at Ardbeg to turn the profits from this beer into life-saving clean water wells for those who need them.”

Priced at £14 for a four-pack, this 6.2% porter is a described as being “typically creamy” in texture, with notes of bitter dark chocolate, malty biscuit, dry espresso coffee and a hint of liquorice.